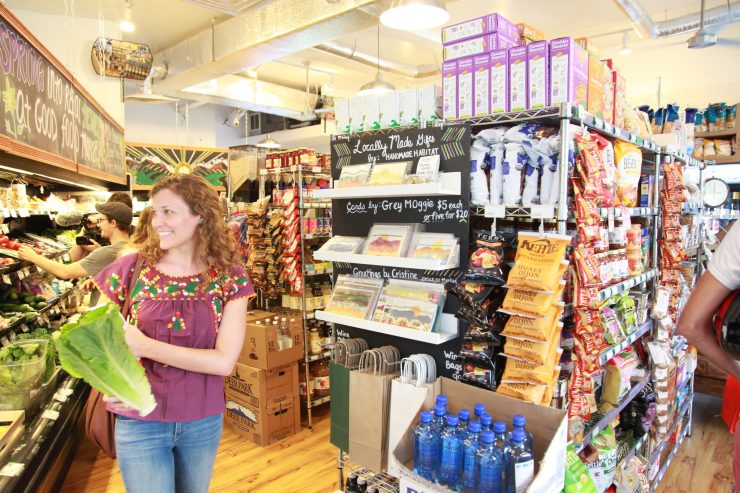 Good Food Markets plans to open a grocery store in Ward 8 by the end of the year, but construction delays have continued to disrupt that timeline, potentially leaving residents in limbo during a global pandemic.

Construction on the grocery store was supposed to begin in January 2019, but didn’t begin until March 2020. Federal immigration policy drove up labor costs and steel tariffs are mostly to blame, according to Philip Sambol, the executive director of Oasis Community Partners, which runs Good Food Markets.

Ward 8, which is predominantly Black, had just one grocery store before the pandemic. And the area has been among the hardest hit areas of the city during the coronavirus pandemic. The ward has the highest number of deaths in the District and the third-highest number of positive cases. Many residents have lost their jobs and struggle to afford basic necessities such as housing and food.

Bread for the City, which offers free food and has a location in Ward 8’s Anacostia, has seen demand double during the coronavirus pandemic. The lack of grocery stores has forced residents to rely on corner stores, said Kenrick Thomas, a spokesman for Bread for the City. “And what that leads to is unhealthy food, and what that leads to is an unhealthy diet, and then that causes health issues.”

The construction delays on the Ward 8 location in Bellevue drove up the costs to over $500,000, Sambol said. The market has received additional funding from the Bainum Family Foundation and the D.C. Department of Insurance Securities and Banking, which recently awarded the organization $500,000 to help complete construction on the Ward 8 store.

“I am excited that we were able to provide funding to Good Food Markets to help finalize construction on a much-needed new grocery store in Ward 8, increasing access to healthy food options east of the river and creating jobs for local residents,” D.C. Mayor Muriel E. Bowser said in a news release.

Good Food has one market up and running in D.C., in Northeast Washington. That location has been running since 2015 and is primarily staffed by local residents.

“Grocery stores are some of the most well-funded, data-driven businesses in the entire world,” Sambol said. “And they’re not wrong that their model won’t work in say Bellevue, Ward 8, or Langdon, Ward 5, but that doesn’t mean nothing will work.”

The Good Food was supposed to open in Prince George’s at the end of 2018 after a Safeway in the Seat Pleasant area closed in 2016, but that opening has been delayed as well. The project has been dormant because funding partners and public sector partners were unable to come to an agreement.

The challenges Good Food has faced bringing stores to low-income areas highlights the difficulty of addressing food deserts, areas where people do not live close to supermarkets. Access to capital, training and entrepreneurship, vendors, and hardware are some of the factors that determine whether an organization can compete in the grocery sector, Sambol said. Poverty experts also point to historical disinvestment of communities of color, especially East of the Anacostia River.

“I think nothing that we’ve encountered is novel, nothing is insurmountable but it does speak to why there are not more of these,” Sambol said.

And while a new grocery store is important, Lisa Fitzpatrick, a doctor who lives in Ward 8, said the city should use more of its resources to “improve food and nutrition literacy to help people feel confident in making healthy food selections.”

“A lot of advice is not tailored to people’s reality,” said Fitzpatrick, who is also the founder of Grapevine Health, an organization that strives to help people understand the health-care system.

In the end, advocates hope that Ward 8 will receive more than just a grocery store. Hanna Baker is an area neighborhood commissioner in the Ward. She said economic development is on the minds of residents, and many want affordable homeownership opportunities.

“Community serving retail is a vast gap in need in the community,” Baker said.