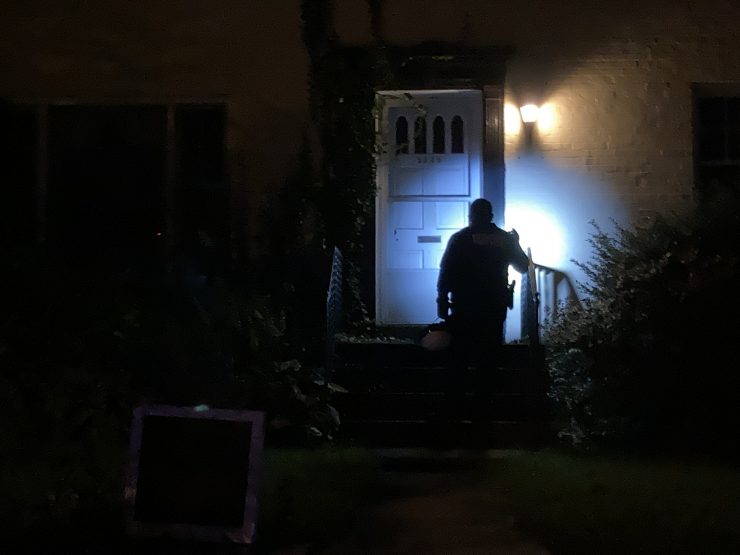 One man is dead after a shooting in the northwest Washington neighborhood of Friendship Heights, police said Thursday evening. Police identified him on Friday as Tavon Brown, 20-year-old from Baltimore.

District police responded to the area, at Western Ave. and 45th Ave. NW, just after 7:30 p.m. on Thursday.

A Metropolitan Police Department (MPD) spokesman told The Wash that a second victim is in the hospital. That injured man was found just across the District’s border with Maryland, according to District police.

An MPD helicopter circled the residential neighborhood dozens of times as police searched the area with flashlights and K-9 units. Local residents walking outside stopped and stared at the commotion, which cut through the restive neighborhood.

Nearby homes were lit by the glow of flashing police vehicles, which lined up outside along Western and 45th.

The helicopter flew over the area for about half an hour, departing at around 8:35 p.m., according to publicly available flight information.

In neighboring Montgomery County, Md., police blocked off part of Harrison Street, which is about a quarter of a mile from D.C.’s initial homicide scene. A K-9 unit from Montgomery County was also present.

Much of 45th Avenue was blocked off by police tape as police investigated.

“It’s been many years since I can recall a shooting [in the neighborhood],” ANC 3E Chairman Jon Bender told The Wash. He later added, “I should have qualified my remark about the shooting to specify it has been many years since there was a non-domestic shooting. Sadly, a husband in the midst of a contentious divorce shot his wife and himself within the last year or two.”

Police have not yet located a suspect in the shootings, but used social media to alert residents to be on the lookout for a man in his 20s or 30s.

Washington police are offering a reward of up to $25,000 for information leading to the arrest and conviction of those responsible.

This article was updated on September 25. 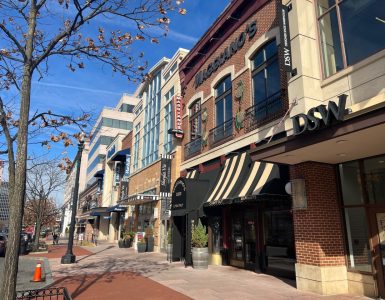 The local ANC green-lighted a redevelopment project along Wisconsin Ave. last week, advancing what many hope to be first in a trend of new housing and revitalization for the quiet neighborhood community. 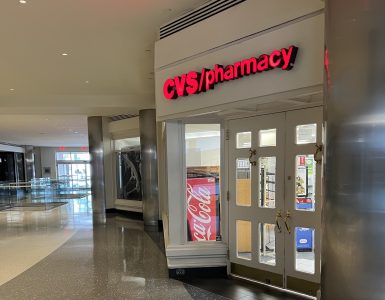 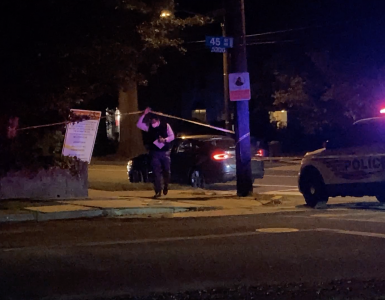