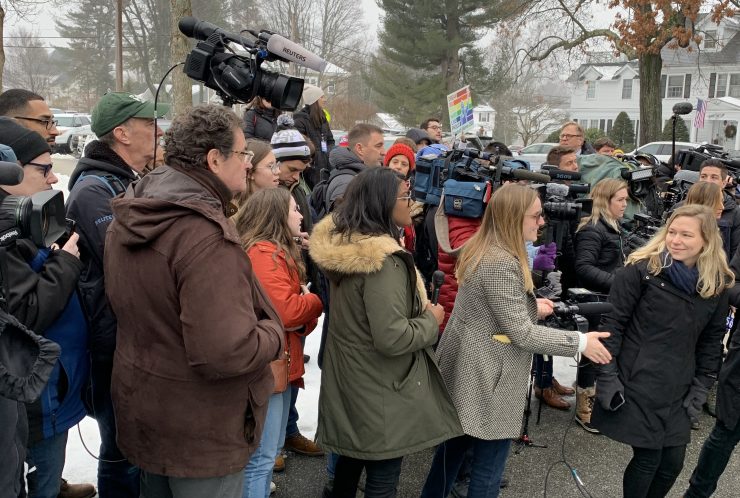 In the days leading up to the pivotal New Hampshire primary, political surrogates are representing their candidates around the state at canvassing events, rallies and debate watch parties.

Endorsers and surrogates lend their political capital to candidates during the primary to help garner support and turn out voters. A candidate cannot be everywhere at once, so surrogates act as an extension of the campaign — someone for voters to interact with and occasionally have a one-on-one conversation. This tradition goes back to the earliest days of American politics, such as when Alexander Hamilton endorsed Thomas Jefferson in the election of 1800.

According to a study from The New York Times and Siena College in 2014, 63% of voters said that political endorsements are very important or somewhat important in their decision-making process. This study focuses particularly on congressional races so the data may not accurately reflect voters’ sentiments in presidential primaries.

In contrast, a study done by the Pew Research Center in 2012 shows that voters do not consider political endorsements in their decision-making, with 67% of voters saying that an endorsement from their governor would not impact their choice. The study focused on the Republican presidential primaries in 2012, making it more relevant to the 2020 Democratic race.

Rep. Jim McGovern (D-Mass.) is working as a surrogate for Sen. Elizabeth Warren leading up to the primary. He met up with volunteers for a canvassing event in Manchester, New Hampshire.  In an interview, McGovern said he’s not sure how much endorsements persuade voters. He suggested that endorsements and surrogacies were often about momentum within the campaign.

“[Endorsements] energize volunteers and campaign workers. They remind them how big of a deal this is.” He added later that “endorsement doesn’t mean much if you’re not gonna go out and work with supporters.” This sentiment was exemplified in the small storefront packed with Massachusetts state legislators and local politicians canvassing for Warren.

After the canvassing event with Warren’s team, McGovern and dozens of supporters flocked to the McIntyre-Shaheen 100 Club Dinner. The New Hampshire Democratic Party holds this event as a final chance for candidates to give their pitches to voters before Tuesday. Although many state politicians spoke, only one made an endorsement: Rep. Annie Kuster ended her introduction by expressing her excitement for the future president and “his husband” to move into the White House in January, referring to Pete Buttigieg, the former mayor of South Bend, Indiana.

While local politicians such as McGovern and Kuster rally around candidates whom they align with, voters are struggling to make the same choice.

For 18-year-old Sarah Stauffer from Scarborough, Maine, there was no certainty that endorsements make that choice any easier.

“They are standing behind the people they support, and I am doing the same,” she said when asked about political endorsers.

Stauffer considers her voice and support just as important as a politician’s. At the McIntyre-Sheehan event, Stauffer said she was considering Pete Buttigieg, Amy Klobuchar and Andrew Yang.

“I like to think that voters are like me. I am thinking about candidates and trying to be thoughtful about it,” Amy Rotenberg, a lawyer from Minnesota, said.

Rotenberg is supporting Klobuchar in the Democratic primary.

“Local politicians who endorse candidates, I think those can be important in certain communities where elected officials are influential,” she said. “I think a lot of pundits think endorsements don’t matter at all, but I don’t think that’s true. I think they can.”