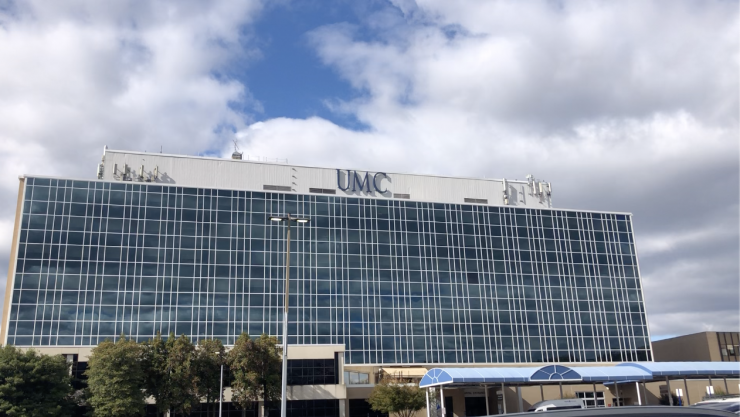 Gerald Watson was only a few months into his freshman year at Anacostia High School in Southeast Washington D.C. when he was brutally murdered. Just 12 days before Christmas last year, Watson was ambushed by masked attackers and shot 17 times, left to die in the stairwell of his apartment complex.

But now, many who knew Watson often ponder whether he would have survived if his commute to the hospital would have been slightly shorter.

“I wonder still to this day, like, what that would have been like had he been taken to a hospital that was significantly closer,” said Nathan Luecking, a social worker at Anacostia High School who knew Watson. “Would he have survived? And that’s the kind of thing that I have to think about every time a student is killed, pronounced dead at the hospital.”

What could have been a brief nine-minute ride in the ambulance to the closest hospital, United Medical Center (UMC), ended up being a longer commute because UMC currently does not operate as a Level 1 trauma center and cannot treat the most seriously injured patients.

At the time of Watson’s shooting, the closest active hospital would have likely been Prince George’s, at least 20 minutes away.

The remaining three hospitals are located at least 25 minutes away, excluding traffic.

The Fire Department declined to provide specific emergency care details about the Watson shooting due to concerns over medical privacy.

According to data provided by the Metropolitan Police Department, Wards 7 and 8 have experienced 87 gun-related homicides this year.

But some victims of gun violence in Southeast D.C. don’t get the chance to receive medical treatment, whether at UMC or another D.C. hospital. Community activist Jay Brown said that when he arrives at the scene of a shooting, no one has the necessary training to resuscitate the victim.

“So they literally bleed to death right in front of you,” said Brown. “You literally have to watch somebody bleed to death. They go into cardiac arrest, bleed out, just because we don’t have a trauma center nearby.”

Brown said that he often sees victims of blunt-force trauma rushed to UMC, only to be transferred to another trauma center, ultimately adding to the amount of time before they are treated by a medical professional.

UMC, the only public hospital in Southeast D.C., offers limited healthcare services to its residents because the D.C. government elected to shut down the hospital by 2023. The decision, spearheaded by Ward 7 ANC Councilmember Vincent Gray, slashed hospital funding for UMC, which forced a shutdown of the trauma center and maternity ward and limited staffing for nurses.

The decision was made, in part, as a result of the questionable track record of the hospital. According to reports by the Centers for Medicare and Medicaid Services, there were at least 26 health violations discovered at the hospital in 2018. Some of these violations included patient rights and infection control.

This decision left residents in Wards 7 and 8, like Watson, with no choice but to be transported across the Anacostia River, into the heart of the city, to address both basic and dire health concerns.

But according to reports by the D.C. Office of the Chief Medical Examiner, homicides by firearm were among the most common cause of death for residents in Wards 7 and 8 in comparison to the rest of D.C. In the 2017 official report, there were approximately 42 homicides between Wards 7 and 8.

While the remaining five wards in D.C. only experienced a combined 36 shootings for the year.

Drug overdose and cardiovascular disease were the other two most frequent causes of death in both Wards.

When patients are transferred to hospitals quickly, they are ultimately met with slow diagnoses’ from medical professionals. The lack of funding has placed staffing constraints on hospital employees, especially nurses at UMC.

According to exclusive reporting by The Wash, if a patient does get treated at UMC, the average wait time can be up to five hours. Based on average national ER wait times provided by ProPublica reporting, D.C. takes 2nd place behind Puerto Rico for the longest amount of time patients spend in the emergency room.

“We need supplies, we need to have adequate staffing, we need safety conditions for ourselves,” said Roberta LeNoir, a nurse at UMC and President of D.C. Nurses Association UMC unit. “There are nurses being hurt in the psych department because of inadequate staffing. We don’t have an adequate housekeeping department, so we’re sweeping floors, mopping floors, pulling trash, pulling linen. We do it all.”

LeNoir and several other community members attended a recent hearing on the future of UMC, which turned into a searing six hours of testimony about the dire need for UMC to remain open.

At the hearing, Councilmember Gray said his priority has been developing a new hospital in Southeast D.C., which is reportedly set to open on December 31, 2022.

Gray says the new hospital will include many of the facilities that UMC can no longer provide including a trauma center.

Meanwhile, without a hospital, community members like Luecking of Anacostia High are still fighting for access to adequate medical care.

“The reason I’m here is because the lack of adequate healthcare funding East of the river is literally killing children,” said Luecking, of Anacostia High. “The length of time it takes a gunshot victim to get from Southeast D.C. up to Howard University or George Washington University is the difference between life and death.”