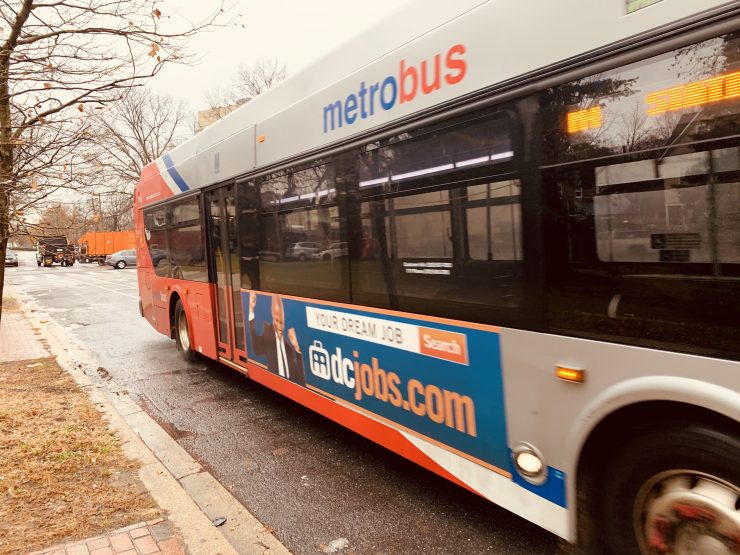 Winter has not yet officially arrived yet, but cities and counties around the D.C. area are all prepared for the icy changes in weather.

This week, snow is predicted to fall in the D.C. area according to the National Weather Service. A weather phenomenon most D.C. residents and newcomers are used to, snow fall is both an exciting occurrence and a hinderance.

Hunter Rich moved to Baltimore about five years ago from the Midwest and is used to heavy snow.

“I’ve definitely missed it so far this winter. It’s like 55 degrees outside right now so it’s crazy but I always look forward to it, I always like it,” Rich said.

In Baltimore, Rich said the town and schools would “shut down” when snow was heavy.

“I don’t think people are ever fully prepared for it,” said Kenneth Brown, a D.C. native and coordinator with the District of Columbia Public Schools. “There are places still open even if it snows, and if roads aren’t clear fast enough, or something, you have to alter your whole schedule.”

Brown said in the past he has had to buy transit cards in order to use the Metro system to move around in the city when it snowed because he still had to work and commute around the city.

“You can never really be prepared for it,” Brown said.

The District Department of Transportation and the District Snow Team in the Department of Public Works provides extensive information on their website and social media accounts to alert residents about the weather patterns.

The District Snow Team also offers advice for residents on how to stay safe during the winter months and during snowfall.

According to the District’s website, residential and commercial property owners in the city are also expected to remove snow and ice from their sidewalks within “the first eight hours of daylight after a storm ends,” or else they face a $25-$150 fine.

For the city, the District Department of Public Works is responsible for snow removal and has about 400 pieces of equipment and about 834 employees working to aide in any storm. According to the Public Works website, the department prepares for impending snow by pre-treating streets, bridges, and overpasses with a “salt brine/beet juice mixture.”

Officials at the District Department of Transportation failed to provide a comment about snow preparedness to The Wash.

In Montgomery County, preparations for intense winter weather conditions is dependent on the forecast.

“Montgomery County’s jurisdiction and responsibility extends mostly into our residential neighborhoods,” said Josh Faust. “We have about 5,200 lane miles that we maintain here.”

Josh Faust, the public outreach manager in the Highway Services Division for Montgomery County, said major roads like Connecticut Avenue, Georgia Avenue, and Wisconsin Avenue are all maintained by the State of Maryland.

Faust also explained that for snow preparation, highway employees are called into work before the snow even happens to be sure the county is ready for the worst.

According to Faust, Montgomery County has seven regional depots around the county, including in Bethesda, Rockville, Damascus, Silver Spring, which are all responsible for the roads in those particular areas for smaller storms or events.

The smaller depots handle anything below three inches of snow “in house” and use salt brine to help melt ice.

Highway employees in Montgomery County are always on standby, according to Faust.

“We call our employees in prior to the storm arriving,” Faust said. “If the National Weather Service says it’s supposed to start snowing at six in the morning, we would bring our crews in at probably three or four in the morning so that way we’re all here before the roads become impassable”

Private contractors are also utilized for snowstorms and emergency preparedness. In Montgomery County, there are about 175 pieces of equipment used to improve roads during snow or ice storms, and about 300 employees in highway services.

According to Faust, those numbers can increase when there is a need for contractors to assist the county. Many private construction, landscaping or tree companies have contracts with the county to aid in winter storms.

“We only use the contractors if the weather gets bad enough,” Faust said. In 2016, a blizzard hit and the county saw about 36 inches of snow.

“We were using about 1100 pieces of equipment and about 900 of the pieces were from contractors,” said Faust.

In Alexandria, Va., the Transportation department is preparing for snow scheduled to happen tomorrow. A representative told The Wash that because of the upcoming snow, the snow team was out of office to prepare.

Deputy Director Jeff Duval in the Public Works Department in Alexandria was unavailable for a comment but directed The Wash to their website.

A “SnowReport” feature on the City of Alexandria’s website allows residents to find their current street or location to report problem area during snow events and storms.

The use of social media also plays a role in weather preparedness, according to Metropolitan Police Department.

According to Gertz, a public affairs specialist for MPD’s Office of Communications, the department’s seven district offices around the city respond to all calls during snow events and storms and, like other city agencies, is prepared to handle anything.