Standing in a high tunnel, or an unheated greenhouse, Ashleigh Palmer surveys rows of okra, red peppers and basil leaves. Her daughter runs around with her cousins asking to play in the rooster coop just outside, their matching pink jackets contrasting with Palmer’s all-black ensemble.

The day was different than other days. A local magazine was scheduled to photograph her family’s business, Holiday Memories Farm. Normally, Palmer said, she’d be covered in dirt.

It’s quite the change from her previous job in marketing. Palmer said she joined the family’s farm after a series of unexpected life events, but admits she didn’t know much about farming at the time.

“I was constantly on Google asking, ‘how do I know when is the best time to pick a tomato? And what kind of tomato?’” Palmer said. “I would Google everything.”

As the farm’s harvest specialist, Palmer credits Annie’s Project, an educational program designed to educate, engage and empower women in agriculture, for her successes on the farm.

For Palmer, men have always been the face of agriculture, but she hopes to change that. She said Annie’s focus on educating and supporting women in the field is invaluable and having an all-woman tribe is exactly what the agriculture world needs.

Annie’s Project is a national nonprofit organization that supports women in the agriculture industry and strengthens their roles on the farm — whether it’s managing the farm’s business operations or learning how to plant and harvest foods.

The first UMDE cohort included just 20 women, said Shannon Dill, Eastern Shore Maryland Extension Educator with Annie’s Project. Today, the program serves between 60 and 100 women annually. Many of the participants enroll in the program for a second time.

“The women get good information [in the classes], and many times in education, it’s about hearing the lesson more than once,” Dill said. “It’s about trying it out at home and coming back to see what else they can learn.”

Dill said classes range from business planning to record keeping to learning when and how to harvest a specific vegetable. Each program lasts about six weeks, and individual classes, Dill said, are programed around a meal.

The open, casual environment is shaped by how women learn best, Dill said. The communal environment helps participants ask questions, troubleshoot problems and share worries and hopes. It’s a chance to form relationships that last long after the program is over.

“Farming is an isolating industry,” Ashley Winterstein, a dairy farmer, said. “So having that support system was great.”

Winterstein said she met like-minded women who “opened her up to new ideas,” like her current business, Party Animals, a mobile petting zoo.

Many women who participate in Annie’s Project have untapped connections to agriculture, said Katie Ward, division marketing specialist at MidAtlantic Farm Credit, which offers agricultural financing for agribusiness, home, land and farm loans. Some are wives of farmers, some want to become more involved with their family’s operations, and others hope to start a farm from scratch.

“As soon as you got [to class] you were handed a huge leather binder, filled with recommended forms and websites and books,” Ward said. “I was amazed by how much resources were provided.”

Ward said she recommends many of her mid-Atlantic clients to the program. And while its mission is to empower and educate women in agriculture, anyone is welcome, including men, who loves agriculture.

Love what you do

On any given day, you can find Palmer in one of the high tunnels, harvesting vegetables. She said the tunnels are warm enough to work without a jacket, even in the dead of winter.

“It’s tough. Farming is definitely hard to do,” Palmer said. “I think a lot of people don’t realize that it’s a full-time job, plus some.” Palmer said through Annie’s, she realized that most women had a side project, something outside of their daily farm duties.

One Annie’s student started a winery; another, she said, started growing mushrooms.

To women interested in agriculture, she recommends Annie’s Project and tells them passion for the industry is key. 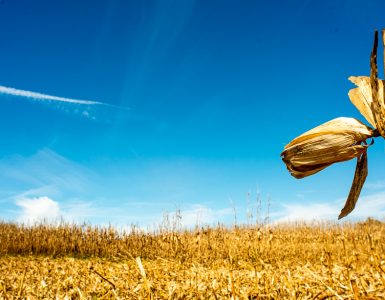