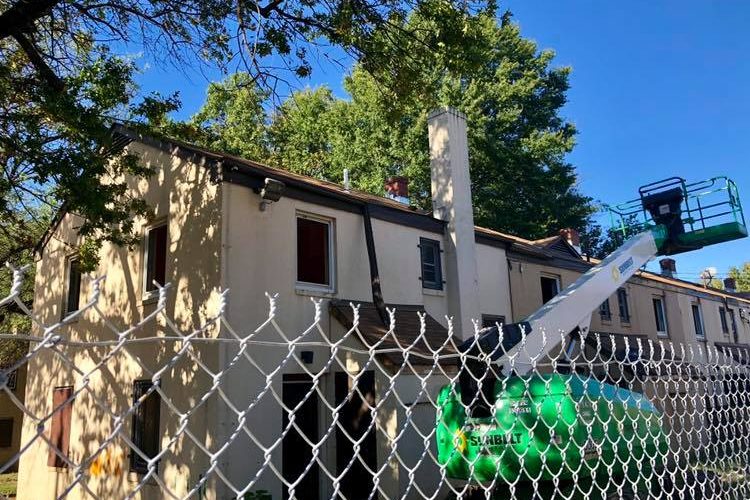 Barry Farm residents are uncertain of what their future holds as demolition continues around the housing development.

On a chilly afternoon in October, Cathy Price sat on her back steps with a few current and former neighbors just yards from the rubble of the buildings where other residents used to live.

She said she isn’t sure when she will leave Barry Farm, but she knows it will happen soon.

Barry Farm, a government-subsidized housing development, is in the first phase of demolition and redeveloped to make room for a mix of new housing units and commercial buildings.

A Decent Place to Live

Angie Rodgers, director of the New Community Initiatives at the U.S. Department of Housing and Urban Development, said the development will replace the aging housing at Barry Farm.

“They deserve a decent place to live,” she said. “And right now, they don’t have that.”

Barry Farm has served as a low-income housing development for Ward 8 residents since 1954. Today, it’s made up of 432 units housing 80 families.

Since it was built, the condition of the housing units has deteriorated. A recently-unearthed report by the D.C. Housing Authority discovered unsafe levels of lead in the development.

Relocating the residents of Barry Farm as the redevelopment begins is an ongoing process, Rodgers said. She said the first residents were supposed to be able to move back into their units by 2020, but legal challenges have made that timeline impossible.

“That timeline has been blown because of legal challenges,” Rodgers said.

The D.C. Court of Appeals ruled in April that the D.C. Zoning Commission handling the redevelopment failed to address concerns from residents that their plans for the site didn’t include enough housing units for every family to return.

Under a D.C. Housing Authority regulation, everyone who lives in public housing undergoing redevelopment, like Barry Farm, has the “right to return” once the development is finished.

“DCHA remains committed to the development of Barry Farm and is evaluating its next steps,” Goodman said in a statement. “These families will not be overlooked or forgotten.”

Rogers said the court ruling meant going back to the drawing board on the development. Now, she isn’t sure when the new units will be finished.

Even without a solid end date, the project is moving forward.

Most residents have already moved out of Barry Farm. Many were given vouchers to find housing elsewhere. Some were moved into other government housing units, according to Rogers.

Price, a seven-year-resident of Barry Farm, said she understands the redevelopment is necessary and she’s happy to wait for it to be finished, as long as the District government can find a decent place for her in the meantime.

“I don’t know where they’re going to move me,” Price said. “I’m waiting on reasonable accommodations for me and my family.”

Price said her husband is disabled, and they need to be in a handicap-accessible building. Just as importantly, Price said she doesn’t want to be moved somewhere that won’t feel like home.

Price said she plans to move back to Barry Farm after the redevelopment. But some residents are unsure if they can tolerate the wait, especially now that no one knows how long it might last.

Annie James, a six-year-resident of Barry Farm, said she also wants to move back but thinks the process is going to take a while, maybe even years.

“That’s a lot of work also, moving a family, fixing up their spot, then moving them back,” James said.

James took matters into her own hands two years ago, when she decided to move on her own before the city could force her out.

Tramaine Fauntroy is a current resident and has lived in the area for six years with her four children. She said she has been trying to keep pace with the redevelopment process, but it has been difficult.

Fauntroy explained that she was given a voucher to help with relocation, but it expired while she was dealing with a childcare issue. She said she had to put in a formal request for an extension from the D.C. Housing Authority.

Fauntroy had a hearing on Sept. 7 and is still waiting to hear back to see if she can use the voucher. She said she feels there should not have been an expiration date to begin with.

“I don’t know why they have it set up like that, but I don’t believe that we should be told ‘no,’ whether it’s for an extension or anything,” Fauntroy said. “We are the residents that have to move.”

Fauntroy said she has mixed feelings about moving. She doesn’t feel there’s much in Barry Farm for her or her children, but she at least knows the neighborhood and the people.

She also knows it’s hard to uproot her children after having a stable home for six years and face the unknown somewhere else.

“I’m having a little anxiety about moving myself along with my kids because we don’t really know where we’re going,” Fauntroy said. “It’s always good for a new start, but along with the new start comes that ‘what if’ factor.”

Many residents share that feeling. They’re eager for something new and better, but James said there’s also a persistent feeling of uncertainty about when or if they’ll be able to enjoy the more modern development.

“I just hope they hurry up and remodel, so I can come home,” James said. 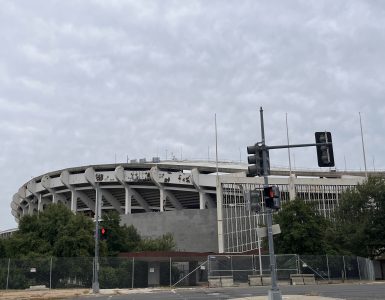