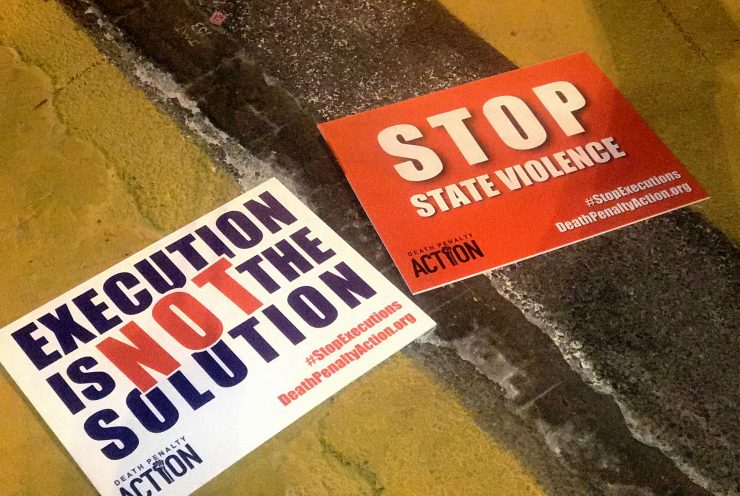 Several protesters gathered at the Black Lives Matter Plaza Thursday in protest of federal executions and to pray for Orlando Hall, 49, a Black man scheduled to be executed that day at 6 p.m. Hall was convicted and sentenced to the death penalty in 1994 for the murder and rape of a 16-year-old girl.

Federal officials were set to execute Hall in Terre Haute, Indiana. However, the U.S. District Judge Tanya S. Chutkan blocked the execution due to concern about the method of execution at the last minute. Hours later Thursday night, his execution resumed.

After a 17 year hiatus, the Trump administration resumed federal capital punishment in July. Hall is the eighth federal execution since.

Abraham Bonowitz, director of Death Penalty Action, who organized the vigil at BLM Plaza and aims to abolish the death penalty, said “the government can’t be trusted to make these types of decisions.”

“As soon as you give the government the power to kill, they end up using it very disparagingly, so they pick who to kill by race and class,” Bonowitz said.

However, Bonowitz is confident there won’t be any more federal executions for the next four years once President-elect Biden takes office.

“They’re committed to abolishing the death penalty, so at the very least, they won’t be killing any more people, at least judicially,” Bonowitz said. “We hope that Congress will shift enough that we can pass legislation to end federal executions in the military too.”

The vigil was also live-streamed on social media where hundreds of viewers enjoyed singing, prayers and speeches from those affected by the death penalty system.

Luci Murphy, singer and activist, said one of her motivations for abolishing the death penalty comes from knowing people who are currently on death row.

“Innocent people have been executed like Sacco and Vanzetti, the historic cases, and therefore we can’t be making mistakes with innocent people,” Murphy said.

One of the speakers at the vigil was Art Laffin, a murder victim’s family member. Although Laffin lost his brother, he doesn’t believe in the death penalty. He said it only creates a cycle of violence.

Hall is the second Black man to be executed by the Trump administration and Laffin believes that Black people, especially poor Black people, are deeply affected by the death penalty.

“We’re on Black Lives Matter Plaza to say Black lives matter and if we take seriously what God commands us to do we have to stand for our brother Orland Hall and others like him facing execution,” Laffin said. “The death penalty is never the solution, ever.”

During the vigil, Laffin also read Hall’s redemption letter and implored everyone to read it, including government officials.

“It’s something that everybody should read. If Attorney General Barr, who claims to be a Catholic and Christian, and Trump were to read Orlando’s statement, how could they permit him to be killed?” Laffin said. “It’s all for political reasons.”

In Hall’s redemption letter, he spoke about the fear he had going into court to face an all-white jury. Several individuals, including activists on social media, voiced their concerns that racism played a significant role in Hall’s death penalty.

It is undeniable that Orlando Hall’s trial was tainted with racism. That alone is reason enough to stop tomorrow’s scheduled execution. As courts have recognized, blatant racism in the legal system is like a poison that kills public trust. We must demand better from the system.

In a Twitter post, the day before the execution, Helen Prejean, a death penalty activist and author of Dead Man Walking and The Death of Innocents, stated “It is undeniable that Orlando Hall’s trial was tainted with racism. That alone is reason enough to stop tomorrow’s scheduled execution.” 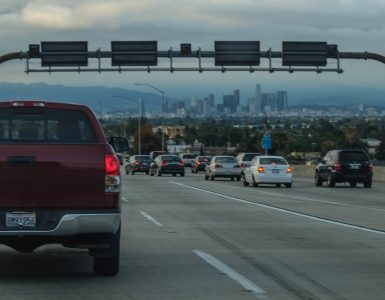