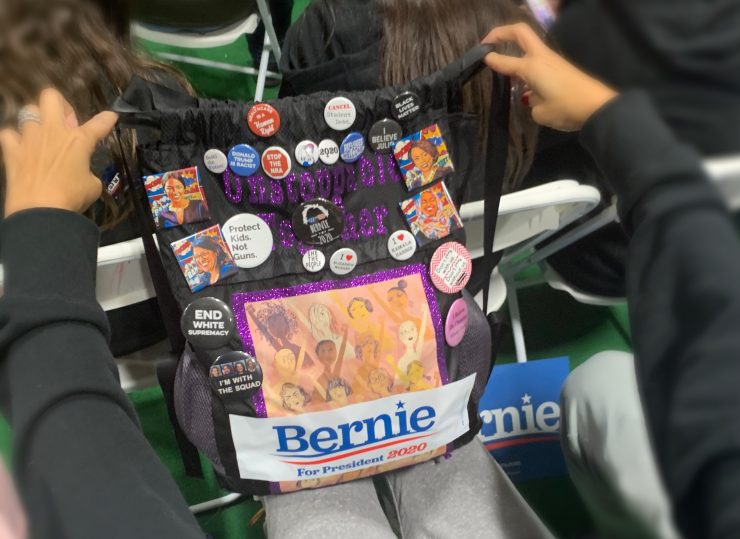 Fourteen of the 17 winners of the New Hampshire primary went on to become president, and nobody has finished lower than second and gone on to become the nominee in their party that year.

“The second state might be the first state for final results, and I think that’s an extra incentive for people to get out there and do their part,” Pocan said.

“We know that Bernie Sanders got the most votes, but there’s a lot of confusion that is happening,” he added. Pocan said he’s glad the Nevada Democratic Party scrapped plans to use the app that Iowa used in Nevada’s caucus on Feb. 22. “They are going to have to show they have an ironclad system moving forward,” he said.

Several voters and supporters in attendance, including Noah Coates, 22, a recent college graduate from New York, said he drove to New Hampshire to volunteer because of what happened in Iowa.

“When I saw what they did in Iowa,” he said, “with some combination of very lucky coin flips, miscounted precincts to craft this media narrative against Bernie here in New Hampshire, it made me realize this a pivotal moment.”