Sarah Campbell raises livestock at New Roots Farm in West River, Maryland. All of her sales are made through a system where, once a month, families visit the farm and pick up a box of assorted meats. It’s called community-supported agriculture.

Campbell enjoys her community-supported agriculture program because she gets to know her customers and shows them around the pastures of her 45-acre cow, sheep and pig farm. Now, she is looking to grow her business.

Reana Kovalcik is a spokesperson of National Sustainable Agriculture Coalition, a Washington-based advocacy group. Kovalcik refers to these 12 programs as “tiny but mighty.” They get less funding than farm bill giants like food stamps and commodity crop subsidies, but make a big difference to small-scale farmers.

“These are programs that have excellent track records,” Kovalcik said. “They’re really in the areas that honestly need the most help and have the most potential for impact.”

The 2014 Farm Bill authorized these programs until Sept. 30, 2018. But when the expiration date came and went, Congress was still miles away from striking a deal on a replacement. Without a farm bill on the books, small farmers face an uncertain future as 12 programs they depend on are in limbo.

The farm bill is also a food bill

The majority of funds allocated to farm bill programs goes to the behemoth Supplemental Nutrition Assistance Program, known as SNAP. The Congressional Budget Office estimates that total spending from the 2014 Farm Bill will cost $956 billion by 2023,with nearly $756 billion for nutrition programs like SNAP. In comparison, the Value-Added Producer Grant Program costs $63 million.

The majority of agriculture-related farm bill funding goes to commodity subsidies and crop insurance programs. Growers of commodity crops like corn and soybeans often rely on these programs to make ends meet. Kovalcik said that small-scale farmers, who tend to plant diversified crops, don’t usually count on crop insurance and subsidies as much as big commodity crop farmers do.

“There are concerns that in some situations, it’s not so much managing risk as it is sort of actually allowing very, very large commodity farms to use it as a planned revenue stream,” Kovalcik said.

The average farm size in Anne Arundel County, Maryland, where Campbell raises livestock, is 74 acres. In Buena Vista County, Iowa, where commodity crops reign, the average size is 421 acres, according to the USDA’s 2012 agriculture census.

“I don’t use any of them,” Campbell said about federal farm insurance programs. “I’m not big enough to justify the premiums.”

While some farm bill programs expired at the end of the fiscal year on Sept. 30, commodity subsidies expire at the end of their respective crop years, or the period from one year’s harvest until the next. The first to end is the dairy crop year on Dec. 31. If the farm bill isn’t replaced or extended by then, dairy farmers would be left hanging off the “dairy cliff,” said Rep. Collin Peterson, a Minnesota Democrat and ranking member of the House Agriculture Committee.

But most of what Kovalcik called “tiny but mighty” programs came to a halt on Sept. 30 because they depend on active legislation.

Peterson said there was little pressure to pass a replacement by Sept. 30.

“We would like to have finished up the farm bill by that Sept. 30 expiration date, but it’s the Dec. 31 date that’s the most impactful for producers,” Peterson said in an email. “That’s when things like the ‘dairy cliff’ kick in and farmers will be sitting down with their bankers to talk about financing next year’s crop.”

Sustainable agriculture activists prefer the Senate version of the bill because it includes the Local Agriculture Market Program.

“LAMP takes two existing ‘tiny but mighty’ programs and combines them and would give them permanent funding,” Kovalcik said.

If LAMP makes the final bill, Value-Added Producer Grants and the Farmers Market and Local Food Promotion Programs would be guaranteed funding even if the farm bill expires. More than 300 organizations sent a letter to conference committee leadership that pleads LAMP’s case.

Conference committee member Rep. Roger Marshall, R-Kan., said the House and Senate have major disagreements on how to overcome before reconciling their bills.

“Several issues remain outstanding, including spending on farm safety net programs and the structure of conservation programs,” Marshall said. “To not get a bill done by the end of this Congress would be shameful.”

The Senate limits work requirements for food stamp recipients, whereas the House expands them. The Senate’s bill renews support for farmland conservation programs, and the House restricts them. If the lawmakers can’t reach a compromise these key issues, they would consider extending the previous farm bill, Rep. Peterson said.

“If the four of us negotiators have in the backs of our minds that an extension is the fallback plan, I think that lets us off the hook somewhat,” Peterson said. “We’re focused right now on getting this bill done so that we can have programs in place headed into 2019.”

As for farmers counting on the now-expired “tiny but mighty” programs, the sooner Congress passes a new farm bill, the better.

“If you were banking on applying to those programs …” Campbell said. “There are a lot of things that are up in the air.” 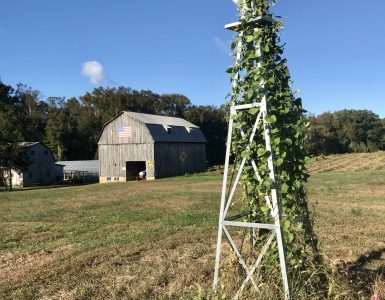