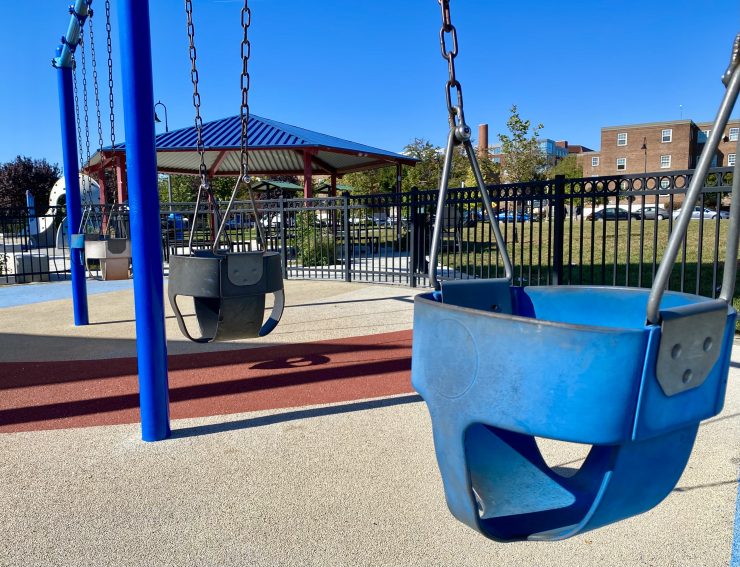 Area shootings in the past year have involved multiple juveniles, causing neighbors to worry about their childrens’ exposure to violence.

Rob Dunn takes his four-year-old son to Ledroit Park’s playground nearly every afternoon. But recent violence in the park and the surrounding neighborhoods has made him reconsider bringing his son to play on the vibrant jungle gyms and swings.

“The playground is fairly close to where we live, but I don’t like feeling nervous or unsafe when we’re here,” Dunn said. “I shouldn’t have to worry about our safety when I’m taking my kid to the neighborhood playground.”

There have been a number of shootings in the LeDroit Park and Bloomingdale neighborhoods in the past few weeks. MPD reported a shooting on Oct. 6 at W Street NW, which directly borders the park. Two people were shot in broad daylight in Bloomingdale on Oct. 15. On Oct. 18, the Metropolitan Police Department was on-scene after a shooting in the same area. And most recently, over the weekend, residents heard gunshots at the park on 2nd and V Streets NW.

Last month a 12-year-old was shot in the park. Shootings involving teens and younger children in LeDroit Park aren’t new. In late 2020, a 12-year-old was struck in the face by a bullet at the park, and another juvenile was shot just two days previously in Bloomingdale. In 2019, three teens suffered gunshot wounds from a shootout in the same area.

Back in December 2020, MPD’s David Augustine advised scared neighbors to lock their car doors, as one of the juvenile shootings involved a car that was stolen just hours before.

“I feel like shootings are a weekly occurrence now,” said LeDroit Park resident Anna Luellen, who’s lived in the area for two years. Luellen said she’s even considered moving to avoid the violence in LeDroit Park.

“The fact that kids are getting shot should be a big sign that something needs to be done,” Luellen said. “It’s completely unacceptable.”

Just weeks ago, a viral video circulated the internet of a CNN communications executive dodging bullets in Bloomingdale. Matt Dornic tweeted security camera footage of the incident, where gunshots can be clearly heard and Dornic is seen running for cover. The video has been viewed nearly 1 million times.

“I feel like most people living around here have heard gunshots at some point,” Luellen said. “Dodging bullets seems to be a thing here.”

The shootings have even caused local businesses to temporarily close. Bloomingdale’s Truxton Inn, a neighborhood cocktail bar, shut their doors for a night after the Oct. 15 shooting.

Due to the rash of shootings in the #bloomingdaledc neighborhood we are closing early for the evening. Stay safe.

Homicides, assaults with a deadly weapon and robberies have significantly increased since 2019 in MPD’s Police Sector 3D2, which covers Bloomingdale, LeDroit Park, Truxton Circle and a small section of Shaw. “I literally saw a bullet on the ground when I was walking my dog over here last week,” said Bloomingdale resident Rachel Gewell, who’s lived in the area for less than a year. “When I come over to the park and see kids playing in the playground, it just makes me nervous because of the shootings that have happened in this park.”

Gun violence in the District is an ongoing problem for many neighborhoods. For the 2022 fiscal year, Mayor Muriel Bowser invested $59 million to build safer communities and reduce city-wide gun violence.

“In D.C., we are making historic investments in not just a whole-of-government approach to reducing gun violence, but a whole-of-community approach – in evidence-based strategies to prevent violence and expand opportunity,” Bowser said in a meeting with local officials in July.

After the shooting of the 12-year-old in 2020, LeDroit and Bloomingdale neighbors rallied together and demanded change. Ward 5 Councilman Kenyan McDuffie said at the time that “it is truly an epidemic.”

“Someone needs to do something about all the violence that’s been happening around the city,” Gewell said. “The mayor, councilmembers, police — they all need to work hard to protect ourselves and our kids.”

For Dunn, he wants to see change so he can feel safe bringing his son to play at the local playground.

“I just want to protect my family, and I can’t do that when there is such a gun violence problem not only here, but the rest of D.C. too,” Dunn said. “I think we all want to feel safe again.” 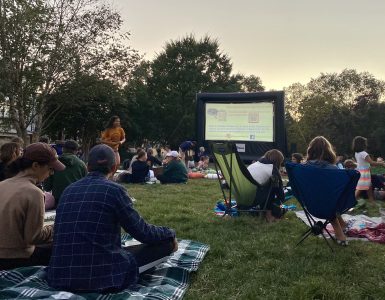