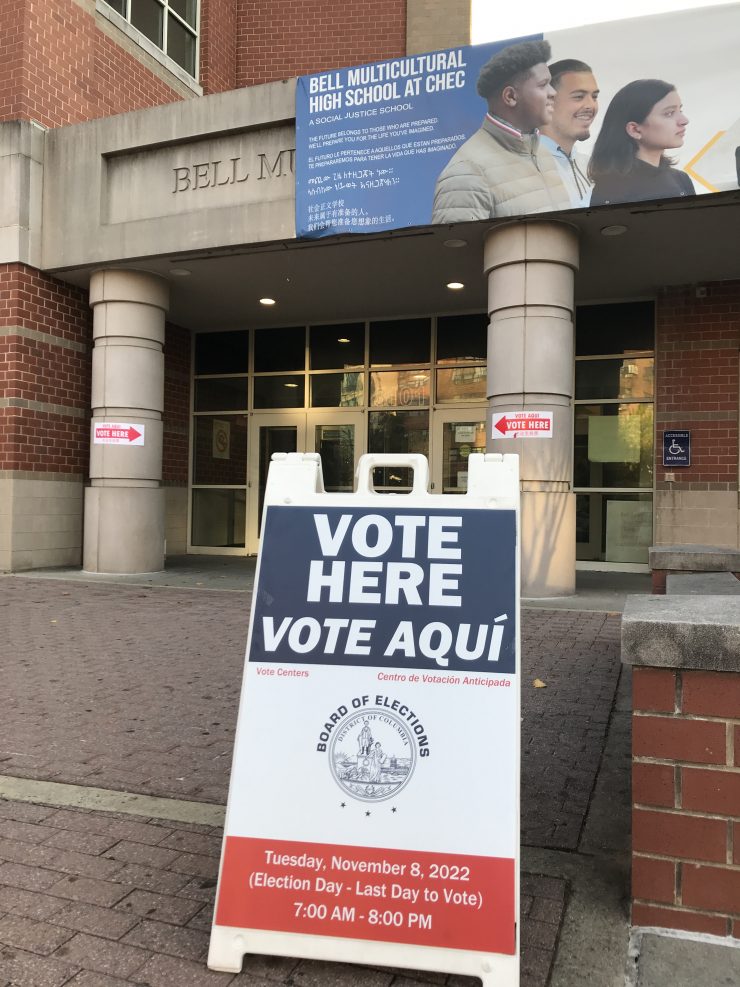 Columbia Heights voters are divided over a bill that now sits on Mayor Bowser’s desk.

Voters at the Columbia Heights Educational Campus were divided this morning over a pending bill that would give the right to vote in local elections to noncitizens living in D.C.

The new bill made its way to Mayor Muriel Bowser’s office this Friday after the D.C. Council approved it on Oct. 18. Bowser has until Nov. 21 to act on the measure.

If the major signs it, the bill then goes to Congress for review.

“The District of Columbia has long been a place that has welcomed immigrants into our community, and it’s time to allow for their full participation in our institutions,” Nadeau said in a press release.

On this chilly morning, some voters at Columbia Heights Educational Center were completely opposed.  One of those voters was Winston Brown.

Voter Natalie Boyd agreed “They should wait until they are citizens. They would get the benefits before being a citizen,” Boyd said.

However, others were more precautious.

And some encourage this opening to noncitizens. Lance Swinton, a teacher at Columbia Heights Educational Campus, said he supports the bill. “I feel like if they occupy the space, they should be able to have a say in who makes changes,” Swinton said.

Lizzy B. agreed, saying, “If you are here legally, if you are not American but you live in this area, then local elections certainly you should have an influence.” She declined to offer her last name.

Most of those who spoke to The Wash said they were not aware that the bill made its way to Bowser’s desk.