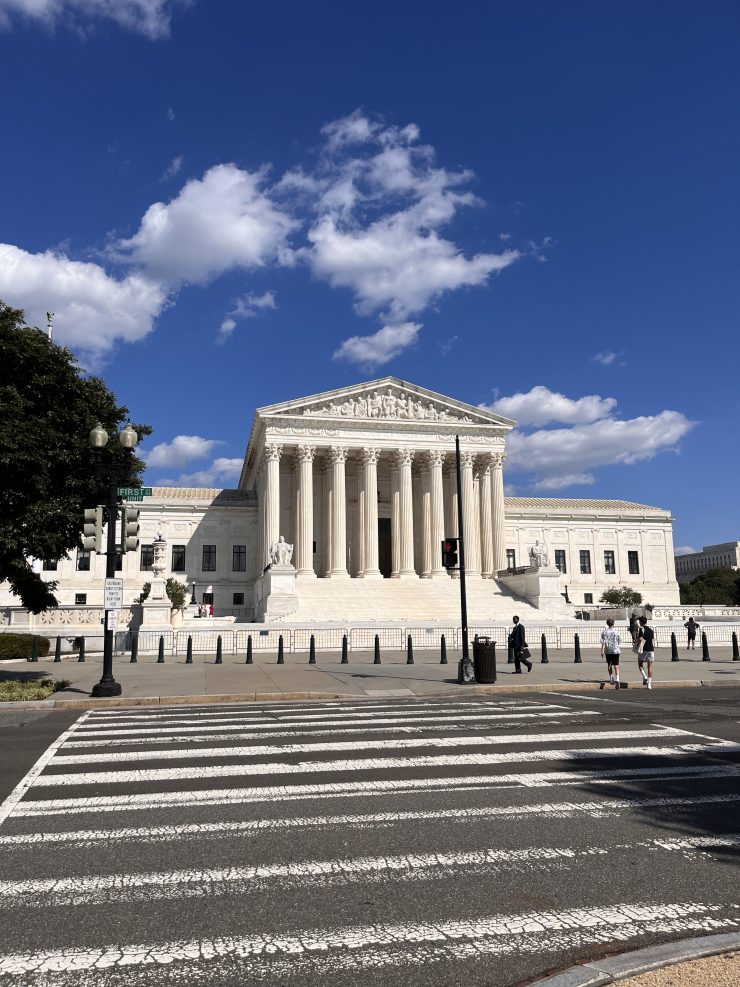 D.C. voters are worried about the future of abortion

D.C. residents are voting with abortion rights in mind today as the future of the right to choose is at stake in in the city.

Voters trickled in and out of Jefferson Middle School Academy in Southwest D.C. this morning to make their voices heard.

One issue that is bringing many voters to the polls is the future of abortion rights in the city.

Abortion access was not directly on the ballot for D.C. voters today, as it was for many voters across the country. However, abortion access is at risk following the Supreme Court’s decision on Dobbs v. Jackson Women’s Health Organization in June.

D.C. is in a unique place when it comes to federal versus state laws. Without statehood, the city’s laws are controlled by Congress.

So when the Supreme Court decided to give power back to the states to decide abortion laws and access with the Dobbs decision, D.C.’s existing laws became a congressional decision.

Many D.C residents are dismayed and disappointed about the decision to overturn the 1973 landmark case Roe. V Wade which officially legalized abortions and argued that women have a right to privacy regarding medical decisions.

Diane Levy, 59, said she was speechless after the decision was announced this summer.

“It’s unbelievable to me,” she said. “I don’t even know what to say. And the thing is, I don’t believe that all the political leaders who have been pushing for that, I don’t even think they all believe it should have been overturned. I think it’s just being used as a political tool.”

She said she is not only concerned about the future of abortion rights, but for other important laws D.C. upholds.

Levy said, “Anything here is at risk because we’re not a state. Because ultimately, we don’t have complete control. Especially if today doesn’t turn out well, all sorts of things could be at risk here in D.C.”

However, some residents still feel confident in the city’s ability to preserve the right to an abortion.

Brian Anderson, 57, said he sometimes feels helpless as a D.C. resident in affecting national policies like abortion and the economy.

He was “devastated” by the court’s decision, but he’s not too concerned yet about how it will affect residents in the city.

“I think that’s a legal issue that will take a long time to work through,” Anderson said. “And I hope by that time we can self-correct and fix what happened by the time it affects us here.”

Kyle Smith, 32, said he is hopeful that abortion rights will remain law in the city.

“Unfortunately, D.C. is not in a position where we can do anything at the federal level, of course, but I’m confident with the elected representatives that we have now,” he said. “They’ll do everything they can for women who may be in need to live the life they did before the Dobbs decision.”

However, some residents like 36-year-old Leslie Akinola are conflicted on their feelings about the decision.

Her dilemma, like many other Americans, is the circumstance in which pregnancy is forced, rather than chosen.

“In cases that are forced, you know, maybe rape or something, then yes, I can see. But besides that, I can’t really get with the program.”

She said that she believes in less severe cases, people should be able to deal with the consequences of their actions.

Before the Dobbs decision was released in June, reporters at Politico leaked a draft decision that put many Americans on edge.

In May, Mayor Muriel Bowser pledged that she would do everything she could to preserve abortion rights in D.C.

But she and Rep. Eleanor Holmes Norton D-D.C., who are both up for re-election this year, urged Congress to help by codifying abortion rights into law.

Rep. Norton said the Republicans in Congress would most likely try to use the decision as a way to ban abortion in D.C.

In a predominately Democratic city, the future of abortion access may not be immediately decided in D.C. this election.

But the possibility of a Republican majority House or Senate may bring the city one step closer to losing those rights.