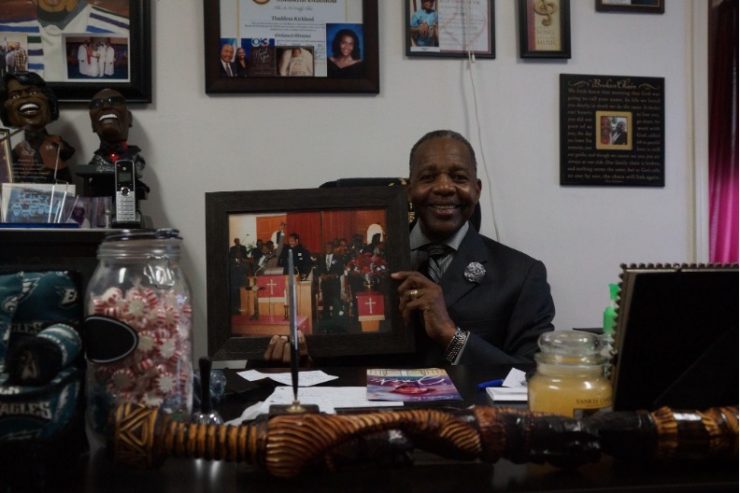 Chester pastor works to get ‘souls to the polls’

Thaddeus Kirkland is is mayor of Chester, Pennsylvania and was a state representative for 24 years.

By Maria Tedesco and Zach Hill

CHESTER, Pa. — Families trickled into the stain-glass tinted halls of a Black church here on a gloomy Sunday morning to sing, dance, pray and learn as usual.

But the 2022 midterm elections, happening 48 hours later, also were a part of the service, highlighted by a visit from a Black candidate, the only Democratic candidate to visit the Community Baptist Church during this 2022 election cycle, said Pastor Thaddeus Kirkland.

Kirkland is no stranger to politics: He is the mayor of Chester and was a state representative for 24 years. He emphasized the importance of “nurturing the children” in the Chester community.

“We have some kids up here who were babies,” said Kirkland as he pointed to wallet-sized photos of children that hung on the walls of his office. “Now they’re not babies anymore, but they always want to get involved in politics.”

Chester has a 36% poverty rate, and churches such as this one play a crucial role in supplementing a lack of social services and public education, Kirkland said.

“Many of our young people, their reading skills or abilities are by way of Sunday school,” he said.

He encourages church members to vote or get their “souls to the polls.” He linked voters’ issues such as crime to literacy.

Pamela Haynes, vice president of security and a senior usher at the Community Baptist Church, has seen a slew of candidates come in and out of the church to speak to members over her 10 years as a member.

“We just say go out to vote,” Haynes said. “We don’t try to encourage you in one way or the other.”

The Community Baptist Church has a history of hosting political candidates, including Jesse Jackson who ran for president in 1988. Pastor Kirland said he was disappointed by a lack of candidates visiting his church during this cycle.

“That’s not a good thing to do,” Kirkland said. “Because that’s your motivating factor when it comes to voting.”

The one exception is the candidate for lieutenant governor, State Rep. Austin Davis, who would be the first Black to hold the position if elected.

“It was just really important for me to come and pay homage to that and to talk about being an advocate for Black and brown communities,” Davis said.

Davis wants the state to fully fund schools instead of having schools rely on funding from local property taxes. A community such as Chester cannot support funding their schools with lower-priced housing.

Davis spoke to the congregation alongside State Rep. Brian Joseph Kirkland, the pastor’s nephew. Davis said if elected, he would ensure that “every child has the opportunity to get a quality education here in Pennsylvania, regardless of their zip code.”

“To protect the right to vote, we have to make it clear to Black people what’s on the line on what our ancestors fought for and why this is our moment to fight,” Davis said. 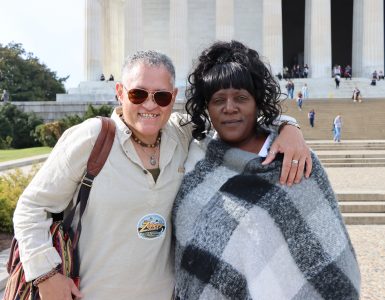 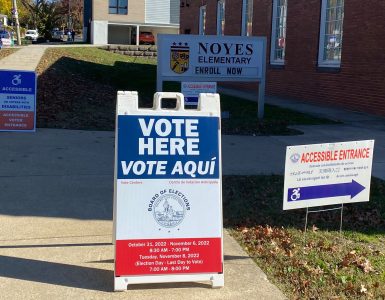