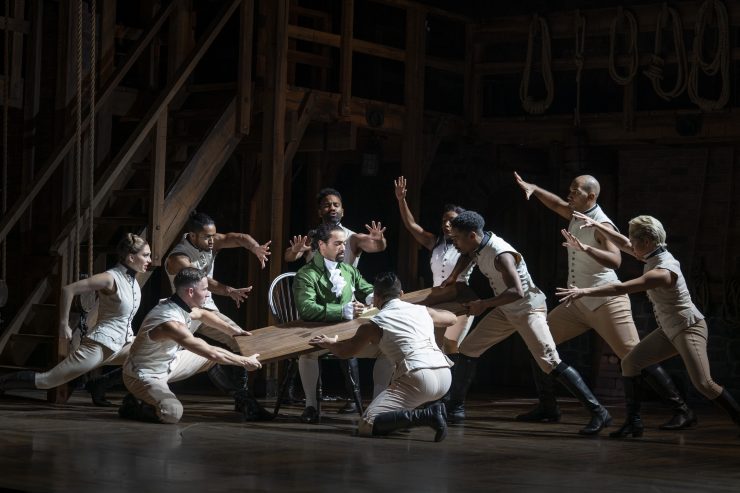 The smash-hit musical Hamilton finished up an 80-show run at the John F. Kennedy Center for the Performing Arts last week after stunning D.C. crowds and delighting businesses in Foggy Bottom.

A unique musical with an unconventional premise and 11 Tony Awards to its name, Hamilton tells the story of the titular founding father and his role in the American Revolution. Unlike its Broadway contemporaries, the show does away with show tunes and bombastic ballads in favor of rap- and hip-hop-inspired numbers laden with accessible slang and colloquialisms.

A few blocks from the Kennedy Center, Hotel Hive on F Street is among the local businesses reaping the benefits of a world-class production playing just down the street. The hybrid hotel and bar hosted a party for the show’s cast in September, and its swanky bar room was regularly full before and after performances.

Chris Quick, the lead chef at &pizza, the restaurant kitchen in the lobby of the hotel, said all shows at the nearby theater bring a rush of hungry patrons. Still, Hamilton has been especially chaotic for the kitchen’s small but determined staff.

“Being walking distance from the Kennedy Center, it’s constant, constant traffic,” Quick said. “Especially with Hamilton, that show is awesome!”

All along New Hampshire Avenue and 23rd Street, local spots were full to the brim before and after shows. Whether it be the homey Tazza Café or the elegant Kingbird restaurant in the lobby of the Watergate Hotel, Foggy Bottom’s streets were teeming with people.

While the show’s spectacular run excited the neighborhood’s local slate of restaurants and businesses, it was perhaps equally thrilling for those intimately involved in its production.

Sam Merrick, the Vermont-bred, New York-based drummer who has played over 1200 shows in five years with the production’s pit orchestra, said the venue’s history and “vibe” are undeniable. Merrick said the show’s story—which recasts American history in an inclusive and accessible way—is unlike anything that has ever hit the stage.

“We have a story here that’s so, so compelling,” Merrick, 37, said. “It’s something everybody in this country can attach themselves to.”

In the audience, theatergoers from far and wide sat in awe as the most awarded musical of the last half-decade graced the stage at one of the District’s finest venues.

Evan Skjel, a computer engineer from Toronto, was seeing Hamilton for the first time. After leaving the theater’s Hall of Nations, he was straightforward in his review of the production.

“The choreography was incredible, and the story was very good,” Skjel, 28, said. “It was just a great show. The production value was incredible.”

John Sweeney, a 52-year-old Marylander, attended the show’s final Sunday matinee with his mother, Patricia, who is 90. While he’d already seen the show in New York, Sweeney was quick to praise Hamilton creator Lin-Manuel Miranda and said the show is unique in its ability to transcend genre, thus introducing new audiences to hip-hop and rap.

“[Miranda] started out to write a show to teach history through rap, but what he ended up doing was teaching white adults about rap,” Sweeney said.

When asked to choose her favorite song from the show, the elder Sweeney was, like many who hummed the show’s tunes on their way out of the theater, unable to narrow it down to just one.

“All of them!” she answered with a wide smile.

According to a Kennedy Center spokesperson, 13 million people saw the show before the COVID-19 pandemic shut it down in the winter of 2020, and it has played in 82 different North American cities.

With the hysteria of Hamilton behind it, the Kennedy Center is slated to host Jacqueline Woodson’s The Day You Begin, Wicked and its annual Kennedy Center Honors before 2022 comes to a close. 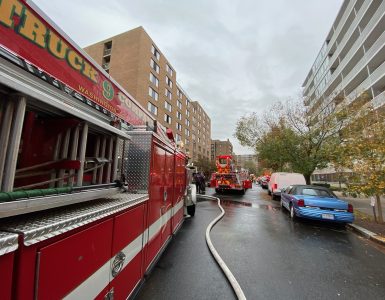 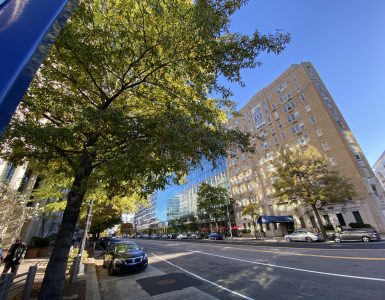