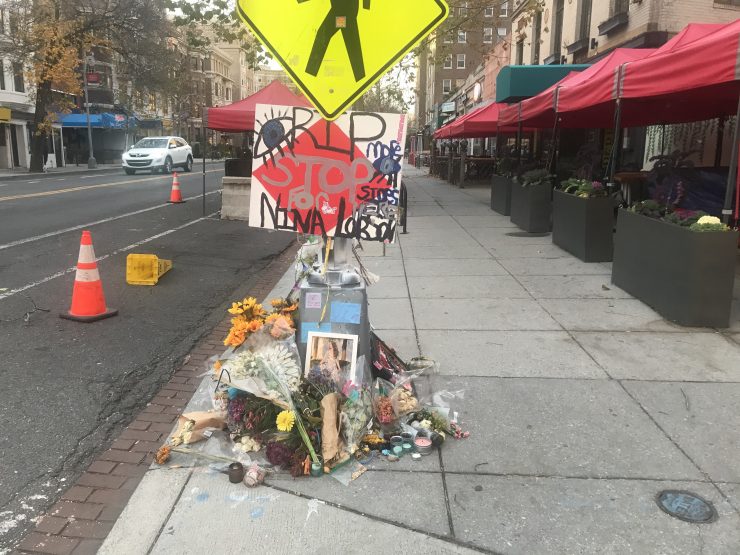 Weeks after a 24-year-old was fatally struck by a car in Adams Morgan, neighborhood leaders are yet again calling for D.C. officials to take more aggressive measures to ensure traffic safety.

“This is something we’ve harped on at various points during my tenure on the ANC,” said Amir Irani, chairperson of ANC 1C. “I don’t think Adams Morgan has gotten the attention it deserves from DDOT or from the city in order to implement the safety infrastructure that is needed around Adams Morgan.”

In mid-November, Nina Larson, a resident and American University alumna, died after being struck by a car at the intersection of Columbia Road NW and Biltmore Street NW. By the end of the month, the District reached 39 traffic fatalities for 2021, according to the District’s website for Vision Zero, an initiative aimed at reaching zero traffic deaths by 2024.

D.C. Mayor Muriel Bowser launched Vision Zero in 2015, but 2020 and 2021 saw the highest annual traffic fatalities in more than a decade, according to the Metropolitan Police Department.

In September, the Office of the D.C. Auditor announced an investigation into the initiative, WAMU reported.

Peter Wood, a commissioner for ANC 1C, said DDOT has made some recent strides in communicating with residents and placing speed humps in the neighborhood. He wants the agency to continue responding to resident concerns.

“Hopefully it’ll be more than just a few small things, but we can really make it so that Adams Morgan is a place that people think of as pedestrian oriented,” Wood said.

While traffic safety is a concern throughout the District, Adams Morgan is an activity-heavy neighborhood filled with bars, restaurants and parks that attract residents, Wood said.

Wood said District officials should move away from enacting policies that reinforce D.C.’s dependence on cars, which he views as a “big-picture” issue.

Wood said DDOT seems “to be making strides” in addressing traffic safety concerns by coming to commission meetings and placing speed humps in the neighborhood, for example.

DDOT did not respond to requests for comment on this story.

Benjamin Butz, an ANC 1C commissioner, said at the meeting that he’s happy the commission is working to hold the District accountable with the resolution.

“Everyone wants safer streets,” Butz said. “It’s one thing just to talk about it. But I think this will really hopefully help move the ball forward.”