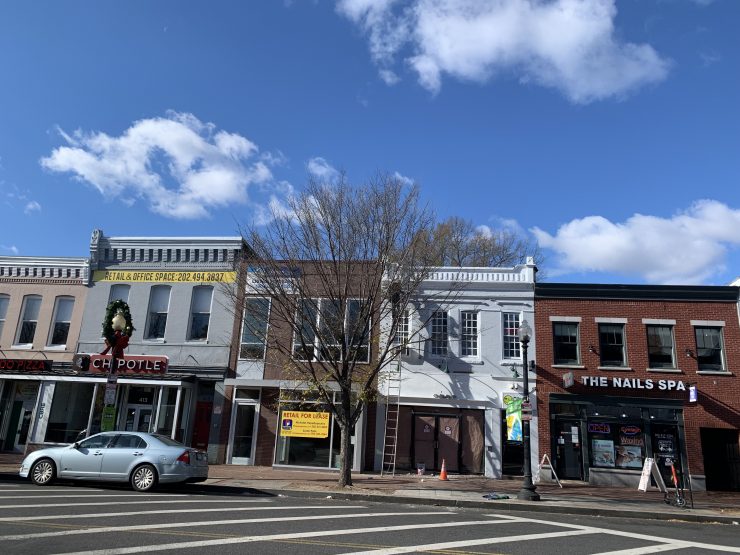 After a TikTok video of rats scurrying around a Capitol Hill Popeyes went viral, an ANC Chairman is advocating for new restaurant safety inspection procedures to create a “safer dining experience in the city.”

ANC6B Chairman Brian Ready said that when he lived in Las Vegas, restaurants would be graded by the health department using a lettering system, meaning after a restaurant conducts an inspection, an A, B, C, D, or F letter would be placed in the window of the establishment.

“It’s not foolproof, it’s not going to solve every problem and it would have not necessarily solve that problem at Popeyes, but it provides more information to the public,” Ready said.

Ready said that although it may upset some restaurant owners, this system could be beneficial in holding restaurants “accountable” if not all of DC, Capitol Hill’s city council should consider implementing the letter-grading system.

“I’m sure some of the restaurants would not be happy about that. But you know, after what we’ve seen here, I’m concerned,” Ready said.

On Oct. 11, Ricardo Land, a raw chicken delivery worker for Popeyes fast food chains in DC, posted a video on TikTok of him walking through the store early in the morning.

“Y’all wanna see something?” he said.

“This is Popeyes,” Land said while filming.

The Popeyes, located at 409 8th St SE, has been permanently closed as a result of the health inspection, which occurred on Oct. 29. The Popeyes franchise has terminated this location’s company agreement.

The inspection report revealed at least 17 health code violations in the fast food restaurant, which were first reported on by the Washingtonian.

Since posting the video, which has been viewed over two million times, Land has been suspended from his delivery job with Popeyes. He started a GoFundMe page to support him and his family during his time on suspension.

“I have a family of 5 and due to this incident my family will be hurt by my employer,” Land wrote in the fundraiser’s description. “I will not be able to afford rent food or any other necessities to keep my home.”

As of Monday, Nov. 29, Land has raised nearly $41,000. Viewers of the TikTok and supporters of the fundraiser stood behind Land saying that he did the “right thing.”

“Just heard on the news this video shut this place down,” one TikTok user commented. “You’re awesome. Thank you!”

One person who donated to Land’s GoFundMe commented, “To lose your job over this is 100% wrong. Who knows how many customers’ health you’ve saved with this horrific discovery.”

The DC Department of Health told The Wash in a statement that the restaurant was not shut down for “rodent activity” but for “not maintaining proper cold holding temperatures (e.g., units and foods inside) in the walk-in freezer and refrigeration units.

DC Health said that during their inspection, no rodents were found inside the establishment.

“If there are rodents running around the restaurant or the building or the store on a regular basis like Popeyes that is a sign of something bigger going on in the background,” ANC6B Chair Brian Ready said.

The Food and Safety Hygiene Division of the DC Health Department was scheduled to do a presentation at an ANC meeting on Nov. 9, but they didn’t show.

Ready said although he had confirmation that DC Health would be at the meeting, when he reached out to see why they didn’t show, they realized it was just a miscommunication.

DC Health is now scheduled to come give their presentation to the community at the ANC’s Dec. 14 meeting, according to Ready and he is hopeful they will show because he is interested in knowing the process behind these health inspections.

The neighborhood has already begun to recover from the viral attention and renovations on the space previously occupied by Popeyes are taking place.