And a slinky peach gown with bell sleeves.

These were among the 35 contemporary, ready-to-wear looks DMV-based designer Anifa Mvuemba debuted at the “Hanifa Dream” fashion show Tuesday night.

In her opening monologue, Mvuemba paid homage to Washington, saying that “home is the place where we feel the most comfort and love.”

Her home, she said, is filled with memories of her youth and dreams of her future.

The 10-year-old Hanifa brand has a dedicated following across the country and even around the world. But, show attendees resoundingly agreed that debuting the collection in the District was important for the city’s fashion scene — proving that the talent in D.C. is just as special as it is in New York.

“I love seeing people rep their home city, so I think it’s great to have people come to you here,” said Devine Blacksher, 28, who traveled from New York to see the show. “I think more people need to go home and do their s—. I stand for it.”

Two dozen models of varying curves sashayed down the runway in patent trousers, leather coats and shirt dresses that captured what some attendees called the “perfect silhouette.”

Backstage, Mvuemba said she thinks it is important to share this moment with the city.

“People just need to give D.C. a chance,” she said. “Give us a shot and we’ll show you guys what we’re made of.”

Mvuemba said she made it a point to hire as many local creatives for the show as possible, though it was difficult. “I like challenges,” she said. “And look — it worked out.”

Roughly 80% of the models who walked in the show are from the area, along with many of the other team members — like the DJ, members of the orchestra, photographers, videographers and makeup or hair artists.

The crowd was also packed with Washingtonians, many of whom were friends and fans of Mvuemba, as well as some editors and retailers from New York. Audience members showed off their own Hanifa originals: jewel-toned silk suits, ribbed-knit dresses and second-skin boots.

Fashion in the District has typically hinged more on practicality and office-appropriateness than on mix-matching colors or taking risks.

“When you talk to somebody, they’ll say ‘Oh, fashion and style doesn’t exist in D.C.’ But, that’s not true,” said Christine Brooks-Cropper, president of the D.C. Fashion Foundation, a non-profit supporting the fashion business community in the area. “It’s been a very private industry that was underground.”

Given the city’s reputation for hosting high end balls and galas, like the White House Correspondents Dinner, where attendees wear high-class couture, Brooks-Cropper said she doesn’t understand why more people don’t recognize the nation’s capital as a fashion city.

“Yeah, it’s a government city. But our style sense is no less than anywhere else,” she said.

Dawn Miller, 46, is a self-declared fashion enthusiast who said she owns just about every Hanifa piece that will fit her body. She said when she thinks about D.C., she doesn’t instantly think fashion. But, Miller said, “Hanifa’s show is giving me a whole different outlook on fashion in D.C.”

In 2008, Brooks-Cropper helped establish the Commission on Fashion Arts and Events, legislation that ​​advises the mayor, the D.C. Council and the public on the views and needs of the fashion and beauty communities in the District. She said the legislation allowed the local industry to have access to grants, marketing initiatives and other resources they never had before because “at the end of the day, those entities didn’t know that they existed.”

excuse me i’m sorry… did y’all see this??? @officialHanifa @AnifaM this virtual runway show is 🤯🤯🤯 pic.twitter.com/9K7OuztQsQ

Before Mvuemba’s first show last night, she broke the internet a year ago with a 3D runway show, gaining the attention of celebrities like Gabrielle Union, Lizzo and Kylie Jenner, who have since worn her designs known for emphasizing and embracing femininity.

On Monday night, the designer was honored as the Future of Fashion at InStyle Magazine’s awards.

But Mvuemba said it wasn’t always easy. She said she held every job in the industry from sewing, styling and taking photographs to taking out the trash.

“If you perfect your craft — your passion and work will take you where you need to go,” Mvuemba advised other creatives in the DMV area.

Last May, the 31-year-old won $50,000 after being recognized as a Fashion Designers of America/ Vogue Fashion Fund Finalist. That money, Mvuemba said, helped her to fund the show, and helped her secure the National Portrait Gallery as it’s venue.

“The minute I walked in the space I knew I had to have it,” Mvuemba said. “This feels so grand and I feel like we can celebrate our evolution here and bring out a beautiful crowd.”

Fashion has long thrived in the District’s neighborhoods — specifically street or urban wear. Despite there being no shortage of talent in Washington, local designers or other creatives said they were still not being recognized.

Plus, numerous universities in the DMV area — like Howard and Marymount — host degrees associated with fashion design, merchandising and entrepreneurship. So, Brooks-Cropper said, the talent has existed in the city for decades. “Why push all these creative people away to New York or someplace else?”

Joyce Delaney, 50, is a fashion influencer, stylist and content creator in D.C. She said she thinks D.C. is elevating to become one of the major fashion cities.

“A lot has started in the urban communities where fashion originated and was often duplicated,” Delaney said. “But, being here today with Hanifa shows that Black designers have a platform and are standing tall on it.”

Around the time that Brooks-Cropper was writing up the 2008 legislation, she emphasized that fashion can be used for economic development. Today, she said the city’s fashion district in downtown’s City Center, featuring household name designers like Gucci, Tiffany and Carolina Herrera in addition to local luxury or streetwear brands, is a testament to that.

Ean Williams, executive director of D.C. Fashion Week, said the fashion community in D.C. is burgeoning. “There are far more fashion businesses in D.C. than five to 10 years ago,” he said. “There are a few significant players, but there is room at the table for all.”

Brooks-Cropper said her main goal is to connect artists to the resources and the opportunities that they need. Now, with the infrastructure in place, she said “the industry will be able to thrive successfully for a very, very long time.”

Doncel Brown is another fashion designer in D.C. carving out space for himself in the industry.

He said living in the District allowed him to “see so many different parts of the world in one place” ultimately influencing his brand, Generation Typo. “I don’t think I would have got that same experience had I not been in D.C.,” he said.

Brown said he hopes the District can build a brand that is unique to D.C., so that people have to come to the city exclusively to experience it.

Delaney agreed. “A lot of the fashion stylists, designers, as well as influencers that create impeccable content and work, deserve their due,” she said. 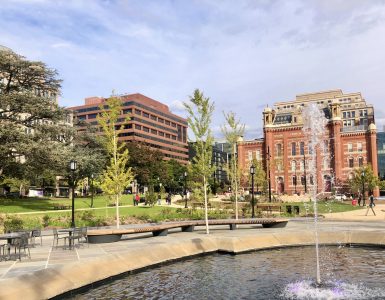 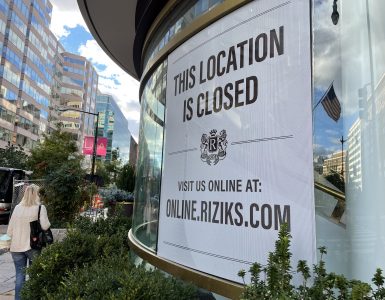 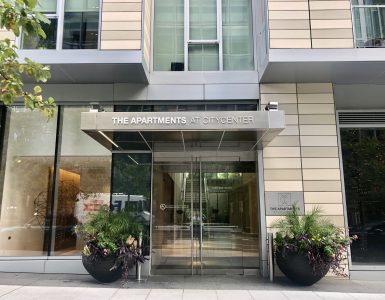 The rental market in downtown D.C. has fully rebounded, according to a new DowntownDC BID report. Real estate experts cite the return to work, influx of new administration officials, and the reopening of the rest of the...