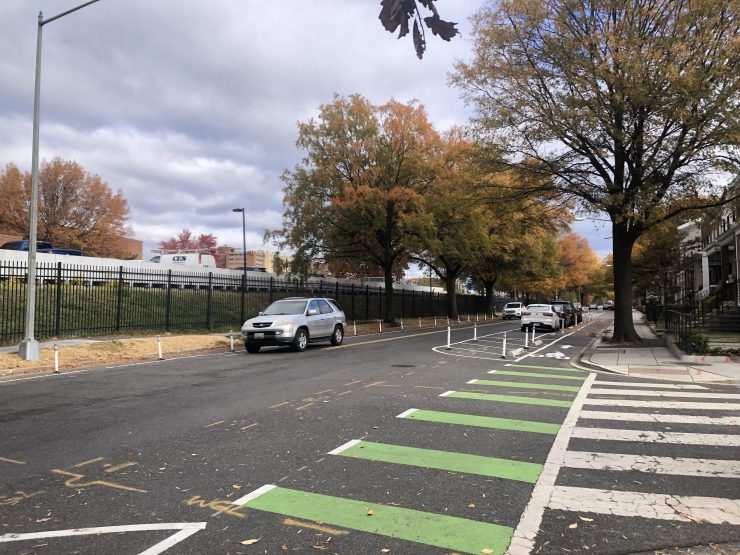 Five candidates are running for D.C. Council in Ward 5—an election that is nearly a year away.

Incumbent Kenyan McDuffie has decided to run for Attorney General rather than seek re-election, opening up a competitive race to fill his seat. McDuffie has sat on the council since 2012.

The candidates include Faith Gibson Hubbard, most recently the director of the Mayor’s Office of Community Affairs; Gordon Fletcher, ANC representative for single member district 5A08; Zachary Parker, president of the D.C. State Board of Education; and Vincent Orange and Harry Thomas Jr., both former Ward 5 councilmembers.

ANC 5E chairman Bradley Thomas has a Facebook page suggesting he may run for Ward 5 councilmember, but it is unclear whether he will join the race.

A former middle school teacher, Hubbard said she was inspired to join government service because of the frustrations she and her students felt in the classroom.

Policy showed up “in ways that I knew were not beneficial to my students,” Hubbard said. “People who actually knew what was happening on the ground needed to be a part of government service.”

Hubbard views her work as a teacher, executive director of Thrive by Five—a program that connects D.C. families to resources—and Chief Student Advocate for D.C. all as fulfilling the same role. She said teaching in a public school was a kind of public service for her.

“When you are in those types of roles, you are representative of the community,” Hubbard said.

Hubbard said she wanted to involve Ward 5 residents in the policymaking process.

“There are a lot of really great ideas that are pushed forward, but oftentimes there’s no room for public times,” Hubbard said during the Ward 5 Council Candidates Forum. She proposed requiring community input while legislating.

Hubbard has also highlighted her position as the only woman and the only parent to young children in the race.

“I see that as both a small barrier, but a great opportunity for me to be able to connect with my neighbors and their reality,” Hubbard said.

Public safety and transportation are top concerns for Hubbard and residents of Trinidad, which lies in the southern part of Ward 5.

Hubbard said she plans to improve public safety through education, which would provide economic opportunity and help address the root causes of crime.

For Hubbard, all of the issues that Ward 5 and the city as a whole faces can be addressed through greater government responsiveness.

“So what could I do if elected in order to address those things? No 1. is to be present.”

An adjunct instructor in the Department of Justice, Law & Criminology at American University, Fletcher said his experience as a student and a teacher have contributed to his decision to run.

“Service is in my heart. I’ve been big on it since I first came to D.C. at 17 to attend American University,” Fletcher said.

Fletcher was born in Jamaica, grew up in New York and has lived in D.C. for the last 20 years.

“The most diverse ward in our great city needs a leader that represents diversity, and I represent diversity,” Fletcher said.

Fletcher said his experience as an ANC commissioner for 5A helped him “get the pulse of the community,” giving him knowledge of the issues that affect Ward 5.

“I’ve been reelected three times to that position, every time garnering more votes, which shows that the trust of the public… continues to increase,” Fletcher said.

As a commissioner, Fletcher helped relocate more than 100 seniors into new housing. However, the new apartments were not large enough to accommodate seniors who wanted to live with their families and initially required residents to pay for parking. These issues, Fletcher said, made him passionate about housing reform.

To address increasing crime rates, Fletcher supports community policing. He brought back the Orange Hat Patrol, a kind of community policing, to his neighborhood, which he said helped reduce crime and which he wants to implement across the ward.

Fletcher said he hopes to help both long term and newer Ward 5 residents. “I want to do this together.”

“I see just how fragile people’s lives are,” Parker said.

Like Hubbard and Fletcher, Parker said he thinks the most pressing issues Ward 5 faces have to do with rising crime, public safety and housing affordability. Trinidad is seeing “rapid gentrification.”

Gentrification “makes it hard for people who want a fixed income to afford to stay in the communities in which they’ve lived forever,” Parker said.

During the Ward 5 Council Candidates Forum, Parker said he supported greater funding for mental health and other social programs, as well as education. “What we’re seeing in this city is the result of the years of defunding our communities,” Parker said.

Parker’s plan to address transportation and safety issues came after a 5-year-old girl was killed while crossing the street in a traffic crash in Brookland in September. Parker said the plan, called “Safe Streets,” was drafted with neighbors. The plan calls for creating safer intersections around schools, removing Metropolitan Police from traffic enforcement to end biased stops and increased bus routes, among other things.

Parker described his vision for Ward 5 as emphasizing residents’ wellbeing.

“What I’ve demonstrated in the past and what I lay out in my campaign is an opportunity for us to come together to help neighbors meet their basic needs.”

Harry Thomas Jr. was not available for an interview.

Thomas resigned from his position as Ward 5 councilmember and went to prison in 2012 for stealing more than $350,000 in taxpayers’ money earmarked for children’s programs, according to the FBI. He first won the office in 2007.

During the Ward 5 Candidates Forum, Thomas described himself as a “shining example of restorative justice.” He did not have to answer any questions about his past as all candidates received the same questions.

Thomas underscored the importance of economic opportunity throughout the forum.

“We must connect people to opportunities in this city,” Thomas said, referring to many native Washingtonians who have moved to the suburbs amid rising housing costs.

Like other candidates, Thomas said he supported allocating additional funds to programs that would address the root causes of crime.

“Public safety is an important issue. I don’t care who you are, the first call you’re going to make is to 911,” Thomas said.

“We have to help our people return to being productive citizens and away from crime.”

Vincent Orange was not available for an interview.

Orange, who served as Ward 5 Councilmember from 1999-2007, has run for office almost a dozen times since 1990. He resigned from his position as at-large councilmember in 2016 after receiving criticism from the public and fellow legislators for accepting the presidency of the D.C. Chamber of Commerce while simultaneously sitting on the council. The Board of Ethics concluded that Orange did not break ethics rules when he accepted the job.

“I’m elated for this opportunity to serve and provide, and restore pride in Ward 5,” Orange said in the candidates forum.

Orange was the only candidate to say he would not support a D.C. Council bill that would provide residents $100 on a SmarTrip card every month. He said he thought the money should go to childcare instead.

Orange focused on his accomplishments during his two previous terms on council, during which he said he furthered economic development, expanded affordable housing and modernized schools.

He also emphasized what he had done to help workers, including helping to establish a $15 minimum wage and prohibiting discrimination against pregnant women and LGBTQ people in the workforce.

Orange most recently ran for an at-large council seat in 2020. He did not win, but leads in a September poll for this election.

“It’s alarming to see super expensive brand new housing complexes go up right next to existing businesses and homes with families that have clearly been in this neighborhood a long time,” Whalen said.

Ward 5 was the second-fastest growing ward in D.C. over the last 10 years, according to census data. Housing developments have contributed to this rapid population growth.

“I’m not informed enough to know what exactly is at issue here, but to me it speaks to a lack of resources for residents,” Whalen said. 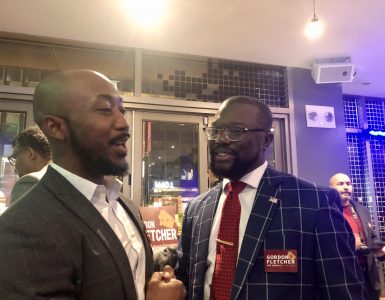