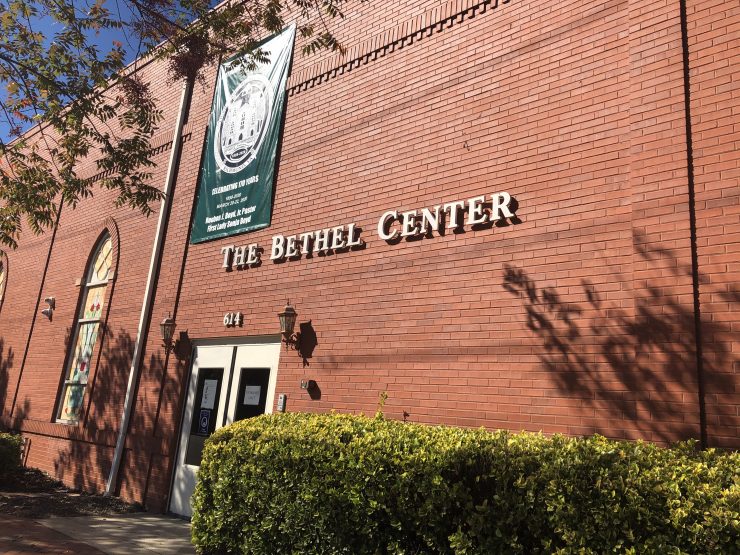 RICHMOND, Va. — When it comes to getting Black voters to turn out in Tuesday’s off-year election, the biggest advocates are behind the pulpit.

During a Sunday service at Third Street Bethel AME Church, the Reverend Reuben J. Boyd called on his parishioners to exercise their right to vote, despite efforts to suppress it, in the contest that will decide the next governor, lieutenant governor, attorney general and all 100 members of the House of Delegates.

“We, people of faith, are being called to act on our faith and protect the bedrock of our democracy by protecting the right to vote without restrictive measures,” he said. “It doesn’t take a genius to figure out that our fundamental right to vote is under serious threat. One would have to be blind or just or just plain living in a state of denial if they can’t see the threat.”

While churches and other religious organizations cannot endorse candidates because of their tax-exempt status, they can encourage their members to go out and vote.

And Boyd said people should remember that every vote counts, even when they think it does not.

“Why do [people] think that so much money is being spent to suppress the vote if the vote does not matter?” he said. “If they don’t count, how do you think anybody made it into office?

Sandra Griffin has been a member of Third Street AME since 1984 and serves on the social-action committee. Griffin, 71, lives in Richmond and has voted in every election since she was 21. Third Street AME, the first Black church in Richmond, is one of many Black statewide urging its parishioners to vote on Tuesday.

She said that as a Christian woman, she believes strongly in the importance of helping her neighbors and getting people to vote is one way of doing that.

“As an African-American and as a woman, and as a health care provider, there’s just a lot that I have to offer,” she said.

Griffin said that voter suppression efforts around the country motivate her to vote, and she hopes that others recognize the urgency around the issue.

“I’m frightened that there are people here who don’t think that my vote should count, that they can just decide whether or not my vote counts or not. That frightens me,” Griffin said.

While organizations such as Third Street AME and the NAACP are engaging in nonpartisan efforts, former Gov. Terry McAuliffe is also trying to leverage Black voters in his run at a second term.

In the weeks leading up to the election, President Joe Biden, Vice President Kamala Harris and Georgia activist and lawyer Stacey Abrams made appearances at campaign events, hoping to energize Democrats.

Joaquin Ross, the civic engagement campaign director for the Virginia NAACP, said that one of the biggest concerns in 2021 is a fear of losing gains that have already been made in Virginia, especially among Black communities.

Ross said that while many Black voters may be disappointed about the lack of Black candidates on the top of the ticket, it’s still important for people to find a candidate who aligns with issues that are important to them.

“I think the only thing that we can do is to try and keep fighting and moving forward. Because at this point, all it does is hurt us to just say, ‘well, nothing is going to get done anyway,’” Ross said.

Griffin said that if people don’t show up to vote, she is afraid that Virginia will lose its progress on a variety of issues.

“If we don’t take advantage of [our rights], then we’re going to get back to where we were in the 20s, maybe even in the 1800s, where my children, my great-grandchildren may not be able to go to school,” she said. “It might be illegal for them to learn to read and write because that’s the kind of oppression that I feel.”