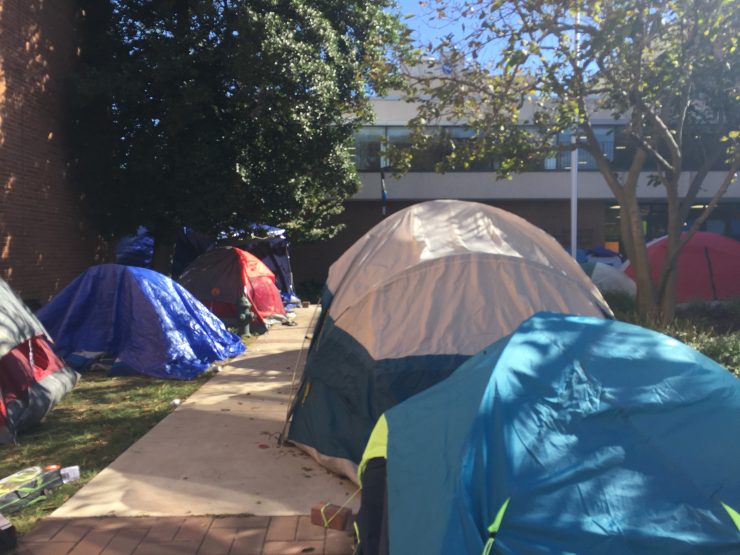 Students are camping out for a third week in over a dozen tents to protest what they say are unlivable conditions of Howard University’s dorms.

Student protesters said they have experienced health conditions such as asthma from mold and fungal growth in the university’s dorms.

“Students have been in the hospital with strep throat and asthma they’ve never had before that’s been caused by the mold in the dorms,” said one freshman protester, who preferred to remain anonymous out of fear of getting expelled from the University.

Vice President of Student Affairs Cynthia Evers wrote in an email to students that they could face academic expulsion if they continue to occupy the university’s space, according to ABC News. Students also fear police aggression.

The HU freshman added that students have been coughing up blood from the conditions and that there are rats and roaches in university buildings.

The students are demanding three actions from the university: An in-person town hall with President Wayne Frederick, a reinstatement of students and alumni on the board of trustees and a meeting between the president, the chairman of the board and student representatives to discuss housing conditions.

Student protesters said they won’t leave the Blackburn University Center until all of their demands have been met.

The board of trustees voted back in June to transition out current students, alumni and faculty representatives from the board so that it can “expand mechanisms across the university to provide broad input from key university stakeholders,” according to the university’s website.

Students are now also asking for academic immunity because of the threats of expulsion they have received. According to the Hilltop, the campus paper, Frederick said he did not have the power to grant exemptions to those occupying the Blackburn Center.

Frederick agreed to the third demand regarding the meeting over housing. The Hilltop also reported that there was a town hall on Oct. 25 with the Student Life Committee Board that discussed the affiliate positions of the board.

Frank Tramble, vice president of communications for the university, said the university is working to address the housing issues students are facing with Corvias, the university’s partner that manages its property.

“We are going door to door and ensuring that maintenance happens. We are also following up with our third-party partner Corvias to make sure that they are doing their work,” Tramble said.

Tramble added in an email that the university has 38 reports of concerns related to discoloration or suspected fungal growth across more than 5,050 beds. He said students have been placed in temporary housing as the university works to address the issues.

Tramble said the university is at 94% occupancy and has hundreds of beds available in response to student claims of homelessness.

But student protesters don’t agree. Protesters said the remaining housing for underclassmen is either used for COVID-19 quarantine space or is unlivable because of mold.

“The students’ struggle for proper housing parallels the issues of displacement and gentrification that black families face across D.C.” spokesperson for George said.

Tramble said via email the university encourages any student experiencing housing issues to email the office of residence life and university housing for assistance. Tramble added university officials will assist with securing housing and make their food pantry on campus available for students who are food insecure.

Students say they will continue to protest until all of their demands have been met. They say the protest is not just for themselves, but also for future students.

“How many more years of this before people stop coming to Howard U?,” said another student, who also wished to remain anonymous. “We want things to be better for future bison.” 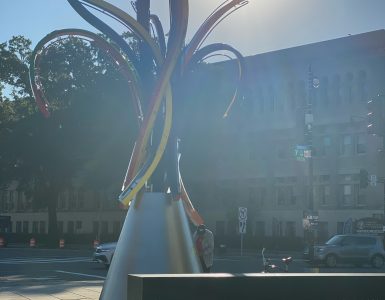