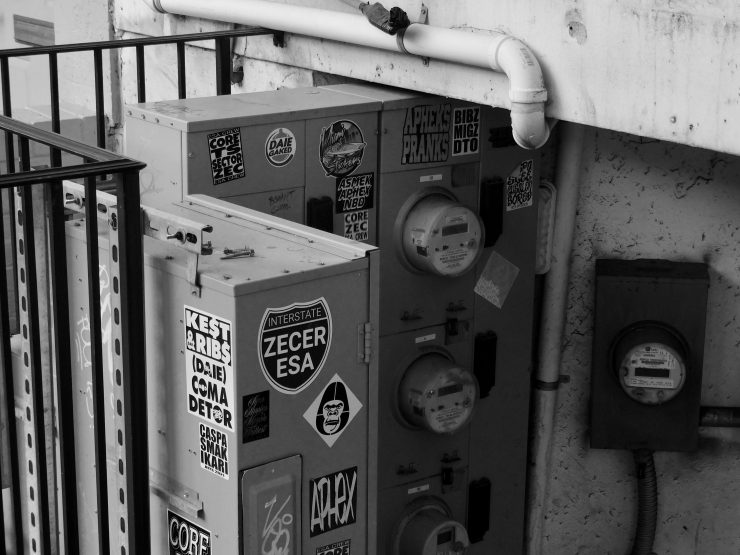 After a month of great discourse for local climate policy in D.C., District officials are composing equitable solutions to distribute clean energy resources across the 8 wards.

The results of the 2021 Department of Energy and the Environment resident survey have reopened the debate on how community leaders can best mobilize residents to engage in sustainable habits.

Most residents want to get paid to help the environment – 52% of D.C. residents expressed that monetary compensation will sufficiently motivate them to engage in sustainable habits. This begs the question that one survey respondent posed: “Who is paying for the electrification?”

The DOEE currently houses three solar initiatives – Solar for All, Solarize DC, and Solar Works DC – with the average cost of solar panel installation in the District landing at $16,550, according to Energy Sage, a corporation that the DOEE works close with to enable these local initiatives.

The DOEE survey also revealed climate ambivalence remains a barrier for D.C. environmentalists. 12% of residents feel there is no one incentive that will encourage them to invest in sustainable energy.

Solving the incentive hurdle is a bit more complicated than knocking on residents’ door, said Shaw ANC Rep. Michael Eichler. While the Shaw community is generally receptive to clean energy, he said many residents “only want to be engaged when something goes wrong.”

Eichler said the best way to make clean energy a priority for the residents of Shaw, especially those who are ambivalent to change, is to reinforce existing touch-points including PEPCO bills and mailers.

To mobilize the members of the D.C. community who feel hesitant making sustainable adjustments, Energy Program Specialist for the DOEE Jennifer Johnston said change can be achieved through the public sector – think solar deployment and streamlined air filtration systems in public spaces such as libraries or community centers.

To accurately measure whether the city is on track to meet the 2021 DC Clean Energy goal, the DOEE will use Building Energy Performance Standard (BEPS), a metric used to compare the energy efficiency of all properties in D.C., she said.

Johnston echoed, “These next 10 years we are going to need to change at a record-setting pace.” She is clear that the BEPS will ensure the District stays on track for the yearly goal, and D.C.’s long-term mission – to reduce its greenhouse gas emissions and consumption of energy by 50% ahead of 2032.

Johnston said usage of the BEPS will eventually extend across the private sector as well. However, in undertaking such a massive project, the DOEE must first concentrate on bringing solar to non-profit buildings and affordable housing.

Equity cannot be added as an afterthought.

So far, clean energy solar upgrades have been made at public schools, museums, and notably, the Watha T. Daniel Public Library in Shaw. As for the District’s underserved areas, Johnston said communities that typically receive benefits last will be the first to acquire net-zero energy construction in their local facilities.

In exercising this promise, the DC Clean Energy Plan 2.0 will target the city’s most vulnerable consumers. “Equity cannot be added as an afterthought,” Mattavous-Frye emphasized.

However, at the local level, one Shaw resident views D.C. bureaucracy as the real barrier for change.

Mark Barnes is a maintenance worker employed by Howard University. While houseless, he has lived across many neighborhoods in D.C. and is currently residing in Shaw. When considering clean energy in Shaw and D.C. at large, Barnes draws comparisons to other metropolitan cities in the United States.

“It’s good compared to Chicago, New York, even Baltimore – D.C. is a clean city, and it’s 20 times better than it used to be,” he said.

However, access to clean water is an important subset of sustainability that Barnes feels local council has not adequately addressed.

The reason why our city is so progressive and successful truly comes from the community and any kind of feedback or new ideas we receive.

Because one of the DOEE’s primary goals is to upgrade building performance standards, Barnes questions why the D.C. Council wouldn’t consider ameliorating the water issue first before it looks at tackling solar.

“The water – I wouldn’t trust it,” said Barnes.

“Some buildings are rusted with galvanized piping, and the slum lords aren’t going to fix it for them.” For the greater public health, “the city’s got to get on it,” he said.

Regardless of the difficulty to mobilize residents behind a unitary environmental agenda, Johnston remains hopeful that the steps local officials in D.C. are undertaking to implement the DC Clean Energy Plan 2.0 will reap long-term benefits.

“The storm, the flooding, the weather, the planet on fire – that’s already happening,” Johnston said. However, “the reason why our city is so progressive and successful is truly comes from the community and any kind of feedback or new ideas we receive.”

“We are positioned to absorb these ideas, take them into consideration, and turn them into action.”