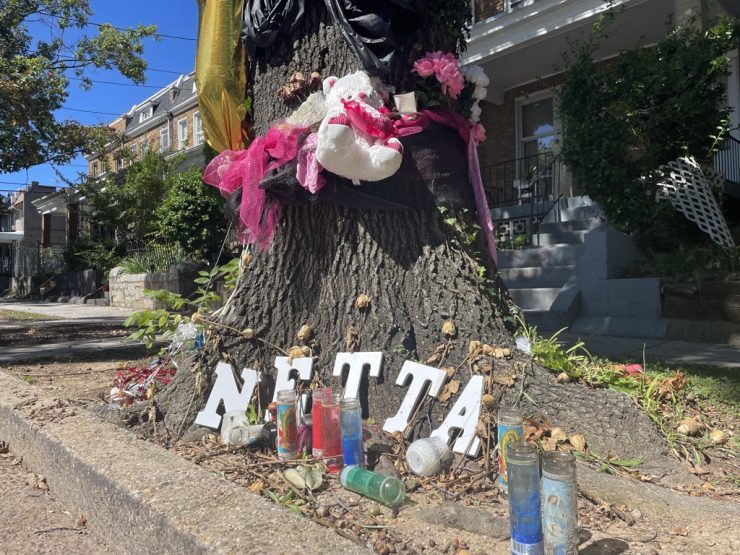 The number of shootings in Petworth in 2021 is on track to be higher than last year and the community is struggling to find a common ground on a solution.

There have been 72 assaults with a dangerous weapon, one of the categories MPD uses to track gun violence, in Petworth as of Sept. 28, compared to 78 in all of 2020, according data from MPD.

The spike in gun violence isn’t unique to Petworth. As of Sept. 27, the Metropolitan Police Department reported there have been 156 homicides — already more than the 140 reported for all of 2020. Additionally, the FBI announced Monday that 2020 was the deadliest year in homicides in the past 60 years, and reports suggest that 2021 will be even worse.

The increase in gun related crimes in Petworth is predominantly caused by crew violence, said Zachary Israel, a 4D Advisory Neighborhood Commissioner representing part of the neighborhood. According to the MPD, crews are neighborhood groups that are similar to gangs, but less formal. The crews often have “turf wars” over territory or arguments over drug markets.

These arguments between crews often start on social media, Israel said. The fights then sometimes result in crew members killing members of another crew.

“I think from my vantage point, it’s just the violence comes from a disregard for human life and bystanders and people that actually live and work and play in the community,” Israel said. “We need to understand why these folks involved in this have that mindset, and what we can do to give them other options so that they don’t wind up in this situation where they’re using a gun to solve their problems.”

Police presence has been uncharacteristically high in Petworth as a result of the uptick in gun violence, said Jonah Goodman, a 4C ANC member. Officers from other wards, FBI and ATF agents have been deployed to police Petworth on top of a stronger MPD presence from District 4 officers, according to Goodman, who said he learned about the escalation at a Ward 4 ANC and Civic Association public safety meeting.

Goodman said the escalation of law enforcement officers in Petworth came immediately after a shooting on Sept. 4 that killed three people on Longfellow Street.

Following the Longfellow shooting and additional officer deployment, there was a separate shooting eight days later in broad daylight while a squad car was stationed 500 feet away. That shooting is part of the reason why some Petworth residents don’t believe a higher police presence is effective in stopping the shootings, Goodman said.

From the residents he’s talked to in the community, Goodman said they’ve seen the heavy law enforcement as a way to investigate the shootings but not prevent them from happening.

“If you put a police car on 8th Street, and somebody wants to shoot somebody, they’re gonna go to 9th Street,” Goodman said. “It stops the violence at that one possible location and pushes it further away.”

Paul Johnson, an ANC representative of Section 4C, said while some community members are adverse to the idea of a higher police presence in the area, others are supportive. He described this situation as a “tug of war” over the issue.

“I think there’s a tension to sort of balance those needs for immediacy to deal with an acute crisis, but also to search for a durable solution into measure,” Johnson said. “I think that’s hard when you know there’s primal emotions of people’s safety and the safety of their family and loved ones.”

Rajan said an increased deployment of police can add to the amount of gun violence in an area, as demonstrated by the number of police shootings in 2020.

Johnson, the ANC representative, said he and others in the community continue to propose ideas that don’t involve police presence to stop community violence. For example, Johnson said they’re putting on the Celebrate Petworth festival and implementing other programs to build a stronger sense of community.

Johnson said with the increase in gentrification, some residents feel isolated, which causes them to be violent toward other members of the community.

Johnson also said promoting education and job-related skills is a good place to start. He said this will help discourage young people from taking part in crew related violence as they’ll have a greater sense of purpose.

Like Johnson, Rajan said one of the ways to prevent gun violence among young people is to promote education. However, Rajan said on top of this education, there needs to be a discussion on how gun violence isn’t an individual’s fault but rather of failed systems that have led to this point.

“The solution cannot be to place the onus of this responsibility on that individual,” Rajan said. “The solution needs to be that we are investing in our neighborhoods, to make sure that that neighborhood is safe… There’s a tendency I think to blame individuals for what are largely systemic failures. I think gun violence is a very good example of that.”