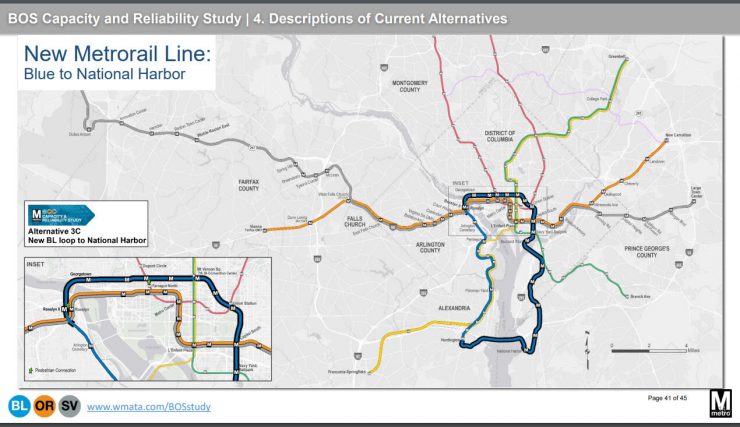 The proposal from WMATA would place a third metro stop in the Anacostia subarea, adding to the existing Navy Yard and Southwest Waterfront stops. The proposal itself comes as the last section of the Capital riverfront subarea undergoes a major renovation slated to begin next year.

A proposed extension to Metro’s Blue Line could bring Buzzard Point its own metro stop, giving a much-needed boost to the area as it continues to undergo a major transformation into a business and economic hub.

WMATA Finance and Capital committee announced the proposed extension on Sept. 9 during a meeting.

The extension is an update to a two-year study commissioned by WMATA pre-pandemic to examine the capacity and reliability of the Blue, Orange, and Silver lines.

The proposal suggested an extension of the Blue Line through several new stations, including Georgetown, then passing through Buzzard Point over to the National Harbor then to Virginia.

The proposal is estimated to cost between $20-25 billion to build and between $175 -200 million annually to operate, but the project would still need to be approved by WMATA’s board and D.C.

A proposed new station would act as a major boon to Buzzard Point, a neighborhood on the peninsula in the southwest quadrant of Washington, D.C.

While the response to the proposal has been positive, there are still members in the Buzzard Point community who remain apprehensive.

“While not a catalyst for the current growth cycle in Buzzard Point — a subarea of Capitol Riverfront that is already experiencing substantial redevelopment — this alternative would provide even greater connectivity and improved north-south accessibility for the neighborhood as a whole,” said Bonnie Trein, the communications director and chief of staff of the Capitol Riverfront Business Improvement District (BID) in a statement Sept. 22.

Trein said regardless of the outcome and considering that a Buzzard Point connection “is most likely 15 years away,” the Capitol Riverfront BID will continue to push for “improved mobility infrastructure and services to ensure that residents, workers and visitors can move to, from and within the neighborhood safely, affordably and reliably.”

Sherard said contrary to expected conflicts between development and the environment, redevelopment in D.C. actually produces a net positive for the river as “redevelopment of that parcel brings that parcel under the new stormwater regulations,”

“In the District, the rules for redevelopment are so strong in favor of stormwater protections that frankly, when a site redevelops, we almost always see a net positive for the river,” Sherard said.

He said the fact that the District is already so developed helps a lot in terms of yielding that net positive.

Unlike Sherard and Trein, Buzzard Point’s Advisory Neighborhood Committee representative Fredrica Kramer (6D05) doesn’t understand the need for WMATA to spend so much money when the area could more easily benefit from other transportation services.

The only form of public transportation that currently services Buzzard Point is the 74 Metro bus, which does a complete loop around V and 1st Street SW.

Kramer said it did not make sense for WMATA to spend millions of dollars digging up the area when other cost-effective services exist as possibilities.

Kramer, along with other ANC members, said they want a full transportation study done by the District Department of Transportation (DDOT) before anything else is done.

Kramer said WMATA’s proposal is unnecessary as there are already metro stations in the area located in Navy Yard and Southwest Waterfront.

“By the time they think about this and fundraise for it, Buzzard Point will be fully built up with huge buildings,” Kramer said.

In addition to WMATA’s proposal, the Riverfront BID is planning a complete renovation of the area.

The Riverfront BID’s efforts in Buzzard Point will mark the last area in the Capitol Riverfront to be redone following the continuing efforts at Navy Yard and Southwest Waterfront.

The $250 million renovations will include the construction of several different office buildings, apartment buildings, a hotel, and mixed-recreational space.

According to Kristin Connall, development manager of Akridge Investment firm, one of several major investors in the redevelopment project, Akridge is planning to develop an estimated 2 million square feet of the 7-acre site.

“That 2 million square feet is comprised of about anywhere between, depending on what shakes out, 8-10 buildings. And those buildings are a combination of apartments, hotels, offices in phase two, and ground-floor retail everywhere,” Connall said.

Connall said Akridge’s project will be completed in two phases, similar to the reconstruction of the Wharf.

She said the phases are almost equal in size, with both being an estimated one million square feet each.

Phase one of reconstruction efforts is expected to begin in 2022. 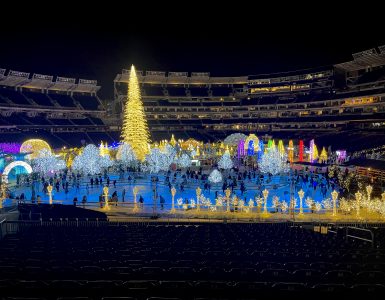 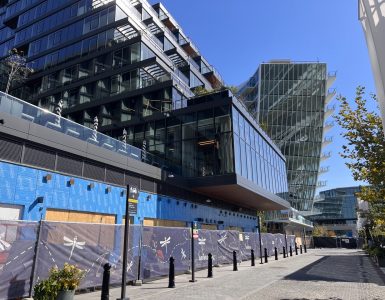