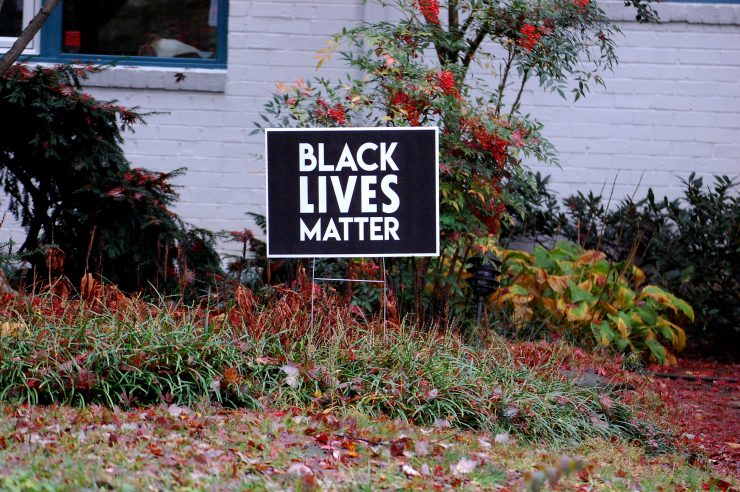 Dozens of proposals in the reports prompted little to no public opposition by neighbors who participated in a town hall meeting on Monday, including one advocating for a network for reporting racially-motivated incidents in the neighborhood and another supporting housing vouchers.

Other recommendations, however, were more controversial, and the Task Force on Racism town hall turned contentious when the floor opened for questions.

Community members peppered the panelists with questions about housing proposals during a virtual town hall meeting. What started as laudatory became a war of words, with one resident saying that there would be an “uprising” if ANC3/4G didn’t take its time with the reports by the three working groups created by the ANC’s task force.

In particular, the housing working group’s recommendations — which critics say could change the neighborhood’s look and feel — has some residents worried.

Reiterating their concern over a lack of community engagement — several dozen people attended the town hall meeting — members of the community even pressed the ANC to postpone a vote on the reports’ recommendations until 2021, when a new slate of ANC commissioners will be sworn in.

“Will the ANC agree not to vote as a lame duck? Why not allow the newly elected representatives to take their seats? What’s the hurry?” one resident, a lawyer, asked in a text comment over Zoom. “The desire to rush to vote really raises questions. It’s only January when the new ANC takes office.”

ANC3/4G Chairman Randy Speck said the ANC couldn’t make a decision on postponing the vote because a quorum wasn’t present at the meeting. However, Speck said there would be more opportunities for community input and suggested that another town hall could be scheduled soon.

Just two commissioners on the ANC will remain in their posts next year. One of them, Chris Fromboluti, said last month that he’d vote against a recommendation for the ANC to urge the District to study how to expand multi-family housing in the neighborhood.

That recommendation calls for the District to “examine how to permit familiar, modest home choices like duplexes, triplexes and quadplexes throughout our neighborhood while ensuring that those homes will be more affordable as well as compatible with the look and feel of the existing homes.”

“The one thing I’m dead against, though,” Fromboluti said, “this has to be modest and incremental change, as we said. And I think wiping out single-family zoning throughout Chevy Chase is going to cause a lot of upset in the neighborhood.”

Fromboluti, who noted that much of the area was set up through segregated housing, said his home had a covenant on it that would have restricted him from living there. However, Fromboluti said, “that doesn’t mean that you throw away the whole neighborhood.”

Fromboluti isn’t alone in his opposition to that recommendation. Another ANC commissioner, Jerry Malitz, told The Wash that he plans to vote against the recommendation. Malitz, who did not run for reelection, said he’d received 30 emails from constituents about it.

“Last I knew, this was a representative democracy, and I represent my constituents. And I didn’t get one from anybody saying, ‘What a great idea to do this,’” Malitz recounted telling other ANC commissioners.

Current housing conditions in northwest Washington reflect a history of deed restrictions, single-family zoning and expensive battles with developers, according to Christopher Ptomey, the executive director of the Terwilliger Center for Housing at the Urban Land Institute, a global nonprofit. Ptomey said that the way to change that is to “get some affordability into the area west of Rock Creek Park” by narrowing the gap between development costs and what renters can pay.

But, Ptomey noted, the affordability and access problem is so stark that policymakers need to look at all possible interventions “if you want to make an impact at the end of the day.”

“And, if 20 years from now you want things a little better than they are today, you have to start addressing it with the things that are being built today.”

For all its detractors, the housing report also has supporters.

“I think that this report is a great read,” Cheryl Cort, policy director at the Coalition for Smarter Growth, told The Wash. “I really congratulate the [working group] for putting this together. It goes into good detail on how the consequences of racist policies and practices have led us to today to the disparities of today. And it then offers some very practical solutions about how changing our approach to housing availability is an important way to rectify the racist wrongs of our history and current practices.”

Meanwhile, a recommendation by the education working group to reduce the gap in community funding for schools across the District also has backers.

Malitz says he wrote that recommendation — which calls for “equalizing community-driven school financing” by creating a mechanism “to reduce the gap in the overall additional community-driven funding per pupil for DCPS schools outside ANC3/4G boundaries” — as a member of the education working group.

Ruth Wattenberg, the president of the DC State Board of Education, told The Wash that it was a “great idea.”

“Depending on how you did it, it probably wouldn’t be very controversial,” Wattenberg said. “I mean, obviously how much there is and the extent to which people have choice would be relevant, but in general, I think people in schools where there are those dollars are generally pretty interested in steering some of them to schools that are in greater need.”