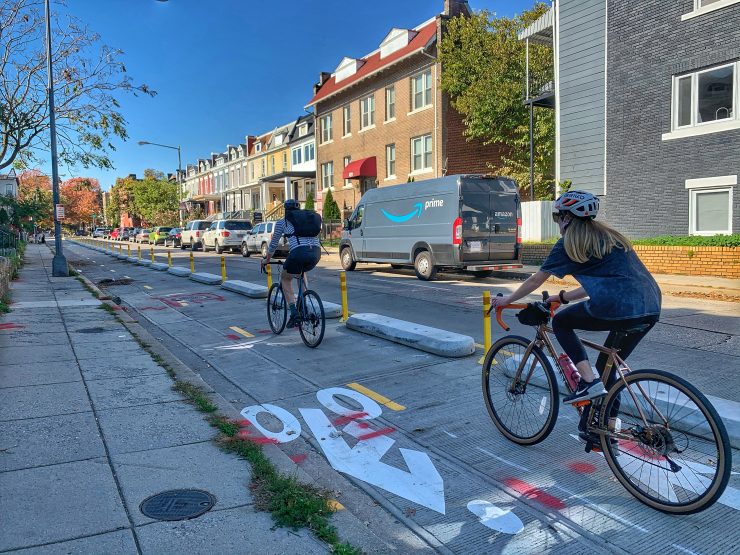 In a push for more sustainable and efficient modes of travel, projects to expand bike and bus lanes are replacing residential parking in parts of the city. But these changes impact some of the community’s most vulnerable residents: seniors and the disabled who need cars to get around.

The pandemic may have fueled a surge in cyclists hitting the streets, but even before the virus struck, the District was already finalizing plans to extend bike lanes across the city.  However, in Columbia Heights, not all residents are happy with these changes. And as construction carries on for one project and another awaits approval, tensions rise between cyclists and motorists.

“The insensitivity of the bike population is that everybody should be riding a bike anyhow,” said Dotti Love Wade, a lifetime resident of Columbia Heights and longtime ANC 1A commissioner. “Well, I’m 78 years old. I’m not about to [get] on no bike. I stopped riding bikes when I was in my 50s.”

Wade explained her frustration with the District Department of Transportation’s (DDOT) bike lane plans, which she said are eliminating valuable parking in the area and will exacerbate traffic problems on already congested roads. She also claimed that DDOT’s plans give no consideration to seniors like herself or people with disabilities.

Colin Browne, the communications director with Washington Area Bicyclist Association, also has grievances with the 14th St project; but quite the opposite of Wade, he said he doesn’t think the project goes far enough in prioritizing bikers’ safety. Repurposing the left-turn lane, which extends the length of the corridor, as a protected bike lane, separate from the bus lane, would have been a better design, Browne argued: “We’d obviously say that having a safe place to ride is more important than being able to turn left easily.”

Construction began on DDOT’s 14th Street NW protected bus and bike lane pilot project in June. Running from Euclid to Newton St NW along Columbia Heights bustling main drag, the added bus lane is intended to improve public transport through the corridor, which DDOT reported was shuttling over 15,500 passengers a day while only going 3.6 miles an hour.

Plastic flex posts were added to the tandem bus and bike lanes’ length to protect cyclists from traffic and prevent cars from impeding public transport. In taking over the large strip of roadway for the project, DDOT eliminated 64 public parking spaces.

“That’s just not fair to the residents,” Wade said. “What are we supposed to do with our cars?”

Wade’s granddaughter lives in an apartment on 14th and Harvard Ave and can no longer pull up in front of her building to unload groceries or even pick-up or drop-off passengers. What’s more, many of the residents in the buildings impacted by the project are seniors, Wade said. She wondered aloud how they’ll be able to get around once the weather gets bad.

On the other hand, Browne said that he doesn’t think the elimination of parking spaces for bike lanes is a problem. Many people in the District don’t own cars, and even many who do, don’t drive them regularly, he reasoned. He conceded that parking will always be necessary to some extent because some people need to drive to get around; if parking is kept for those who need it, there wouldn’t be an issue of space.

“We’re not opposed to all parking,” Browne said. “But if preserving parking is getting in the way of people having better options that doesn’t require the inconvenience and expense and detrimental climate impacts of car ownership, I think that’s a problem.”

A development project was kickstarted in 2018 to create protected bike lanes in three areas of the city. The District, having adopted a transportation plan called MoveDC four years earlier, identified the need for a bike lane connecting Brookland in the east to Park View and Columbia Heights in the west. The District had also recently committed to ending traffic fatalities by 2024 through “Vision Zero,” and protected bike lanes and street redesign could help achieve that goal. DDOT’s Crosstown Bike Lanes project was born.

As of October, there is now a one-mile protected bike lane connecting Wards 1 and 5, which ends on the west side at Kenyon and Warder street. The bike lane currently only runs the length of one residential block in Park View.

“We like it,” said Julia Hustwit, a resident on the 400 Block of Kenyon St NW. On a warm Saturday morning, she was about to head out on a bike ride with her husband and toddler.

What excited them most about this bike lane, they said, didn’t specifically have to do with bikes. Hustwit explained that cars frequently speed down the street, having just come off a multi-lane ramp that feels like a highway. Now with the bike lane taking up one lane of the street, drivers are forced to slow down.

The loss of parking spaces to the new bike lane has exacerbated the limited parking situation on the street, which will only increase when rush hour restrictions that haven’t been enforced during the pandemic resume, according to Hustwit. She has a garage behind her house, but when there’s no street parking, residents often park their cars in the alley in back of the building and sometimes even block her car in.

While Hustwit and her husband enjoy biking and think expanded bike lanes are good for sustainability, they also see the loss of street parking as a hardship for many in their community, she said. The neighborhood is home to many elderly and disabled residents, as well as lots of families with children. Hustwit’s reasoning for having a car is, in part, being able to transport her toddler, she explained.

“I’m pro-bike lanes, and I’m generally not a proponent of an enormous amount of parking, but they need to enforce the laws and do what they say they’re going to do,” said Hustwit

As for the bike lane on her street, she hopes they extend it further. “It is weird it just stops there,” she said, pointing to the end of the block.

“One of the key problems [with the 14th St and Crosstown projects] is they don’t connect to each other, and there are currently no plans for them to do so,” Browne said. “They come within eight blocks of each other. It’s a huge missed opportunity for an actual connected network.”

There are still more Crosstown bike paths planned in the area, according to ANC 1A Chairman Kent Boese. DDOT previously presented plans to construct similar bike paths running north to south on Warder St and Park Place. So far, that piece of the project appears to be stalled.

“Frankly, we expected the north-south bike lanes to be completed by now,” Boese said. While he acknowledges that COVID has likely played a role in delaying the project, possibly because the atypical traffic patterns during the pandemic made it difficult for DDOT to evaluate them properly, he said there is plenty of historic data they can use and it might even be an opportunity to think about traffic differently.

The ANC 1A is holding a virtual meeting this Thursday at 7 pm with DDOT to discuss these planned projects and get community feedback. They’re hoping to keep pushing the projects forward.

ANC 1A Commissioner Jason Clock is also concerned about seniors and those with mobility impairments being impacted by the loss of street parking. Still, he said he also believes these are important steps toward improving transportation infrastructure to support the rapidly expanding community.

Such community changes, Browne said, are likely the route of the conflict over bike lanes and parking spots in the community.

“Parking is a visible and easy thing to latch onto as a means of expressing frustration,” Browne said. “There’s often some subtext there, where bike lanes are seen as an indicator of change in the neighborhood…it’s ultimately not the fault of the bike lane; it’s the fault of a bunch of other sorts of things that are happening in a changing and growing city where people feel like they’re being excluded or being left behind. Not building a bike lane isn’t going to change that.” Though he does think those concerns need to be addressed.

But for Wade, the prospect of her and her neighbors losing accessible parking is a concrete fear. She’s experienced it before when, as she explained it, ‘white people moved out to the suburbs’ to avoid integrating. But for them to get to their jobs in the city, they had to commute through neighborhoods like Columbia Heights. To ease traffic congestion spurred by the new commute patterns, the District “stripped the yards, widened the streets, took away all the trees,” said Wade, recalling how beautiful it once was to drive from Sherman Ave up New Hampshire  Ave where the canopy of trees overlapped like an arbor.

“They cut them all down and widened Sherman Avenue…to ease commuters coming in and out of the city to downtown government,” Wade recounted. “They did the same thing with 13th street. They took all of the parking spaces. Once they put Metro in, they gave us our parking spaces back, but now they’re taking them back again.’” 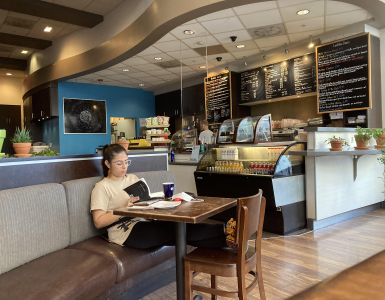 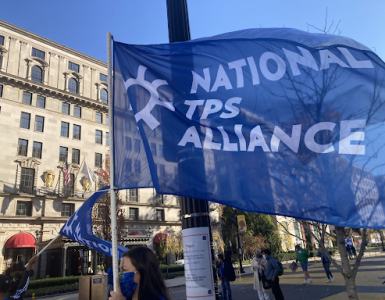 Temporary Protected Status (TPS) recipients, organizers and allies gathered at a rally at the Black Lives Matter Plaza on Friday afternoon to push Congress to create a pathway to citizenship for immigrants and to save... 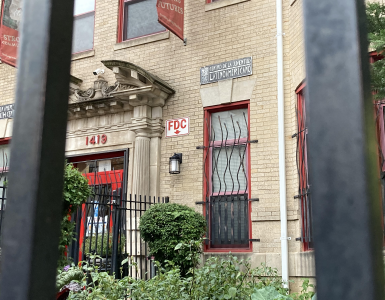 Eight months into the pandemic and Columbia Heights’ Latin American Youth Center has seen an increase in its youth enrollment in counseling services. The Wash spoke with four people connected to the center to better...