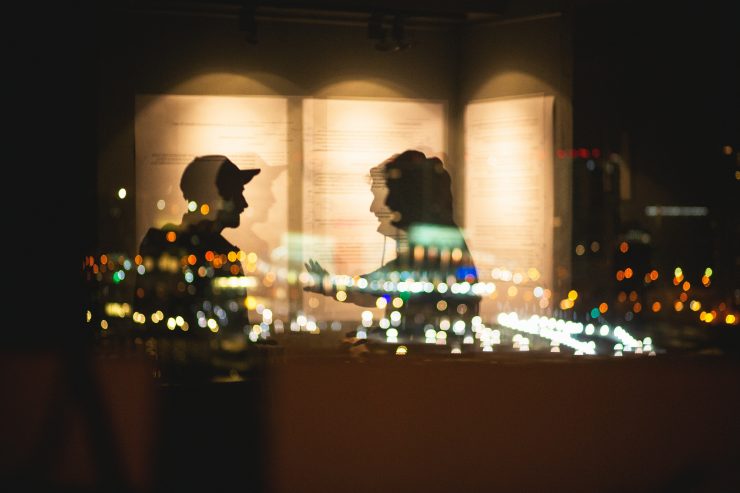 Amazon gave $100,000 to Arlington County to continue its racial equity efforts, which include normalizing conversation around race. “Talking is action, and talking leads to action,” one advocate says.

Amazon donated $100,000 to Arlington County to continue conversations on race and continue their efforts toward racial equity.

Samia Byrd, chief race and equity officer in Arlington County, said Amazon donated to “allow for these conversations to go forth as well as for them to be a partner with us.”

She said they will “also receive training and to make sure that they commit to having these same conversations with their employees as a business in Arlington County.”

Amazon, which is building its East Coast headquarters in Pentagon City, has committed to training members of its staff to facilitate these conversations and will assist Arlington County in reaching out to the community to encourage participation. Arlington has hired over 1,000 employees that will work at the new headquarters.

“It’s a longstanding relationship that we’ve been working through for the last several months with Amazon to really assess what are our needs,” Arron Gregory, diversity chief at Arlington Public Schools, said. “Amazon is one of our partners because they’re within our community.”

DRE comes in three tiers, according to Byrd. The broadest is “DRE in your community,” which involves virtual conversations for Arlington residents to take part in. The next one is on Nov. 14, with one in Spanish available as well.

The next tier is “DRE Together,” specifically meant for Arlington civic associations, nonprofits, faith partners, and businesses. Byrd said that while the Amazon donation was recent, Arlington County has worked for years on promoting diversity.

“Arlington embraces a diverse selection of business ventures, and we’re proud of the work we’ve done in helping many of those businesses,” Tara Palacios, director of Arlington’s BizLaunch Small Business Assistance Network at Arlington Economic Development, said on the organization’s website.

The final tier, “DRE in your Neighborhood,” is still in progress but will address how to have conversations among residents’ neighbors and family members about racism.

“Talking is action, and talking leads to action,” Byrd said, referring to DRE.

School systems, at all levels, can become color-brave by courageously analyzing and disaggregating data by race. When doing so, veer away from immediately jumping to conclusions but use dialogue for inquiry, strategies, and then adult implementation. #EquityTeam tip. https://t.co/R0qWAafLc6

Besides the Arlington government’s DRE initiatives, APS has enacted their equity policy. This policy, according to Gregory, will be “looking at inclusivity of our students by recognizing that all of us are starting from a place of inequity, and we need to do what we can… based on inequities that exist,” he said.

The equity policy will focus on creating a more equitable school system through its resources, outputs, instruction and workforce diversity.

Arlington has also partnered with Challenging Racism, an organization dedicated to educating people about how to hold dialogues on systemic and institutional racism. All are part of the equity resolution that Arlington County Government and Arlington Public Schools agreed upon.

While improving racial equity has been a priority for Arlington County, and the county has received recognition for its efforts, both Byrd and Gregory said that improvement is welcome. Byrd specifically said in the next year, she wants to “have a better understanding of who we are as a community… and start to talk about that in a way that moves us to action.”

When thinking about the future of racial equity in Arlington county, Gregory said they wanted to start with a conversation, and specifically with “normalizing” conversation surrounding racism.

“Starting with race and the intersectionality of race is something we really need to address,” Gregory said. “We have achievement gaps and opportunity gaps that exist within APS and in all of our systems.”

Byrd agreed, saying that policymakers must ask themselves the following questions: “Who benefits? Who’s burdened? Who’s missing? How do we know? And then what do we do?”

“But before we can get to that,” she said, “we need to be able to speak to one another about race.”

For more coverage on DRE, see Alex Lucas’s article on The Wash.