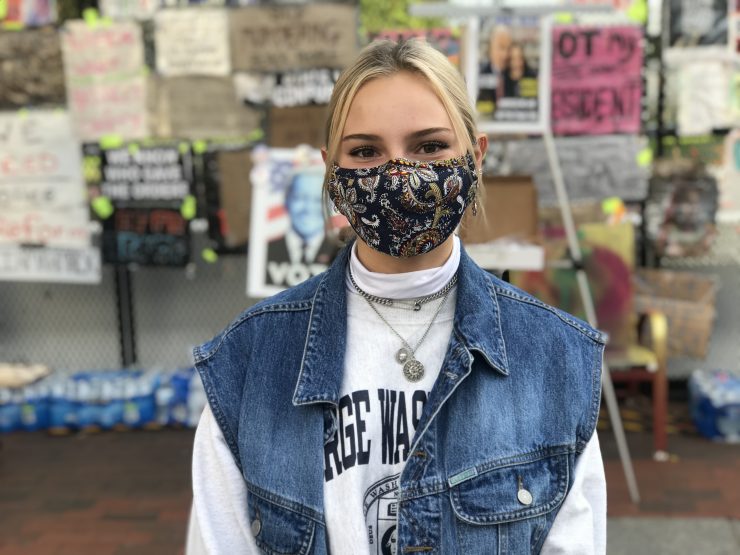 Hours ahead of election results, drums sounded and prayers went up at the Black Lives Matter Plaza today in preparation for what could be a celebration if Biden wins, according to protesters.

However, many businesses near Pennsylvania Avenue have boarded their doors in fear of civil unrest.

On Oct. 29, during a press conference, D.C. Mayor Muriel Bowser expressed her concerns of protests potentially becoming unruly in the District, and protester Esmè Matthews agrees.

“I voted for Biden, and if Trump wins I don’t think it’s going to go well it’s going to be extreme unrest in this city and across the country,” Matthews said.

However, optimistic protesters like Estrella Lopez believe it will be the opposite of chaos.

“I’m here to pray for the White House because I believe in prayer and I think my prayer is going to move mountains and Joe is going to take over the White House,” Lopez said. “Even if he doesn’t, something good will still come out of this election.”