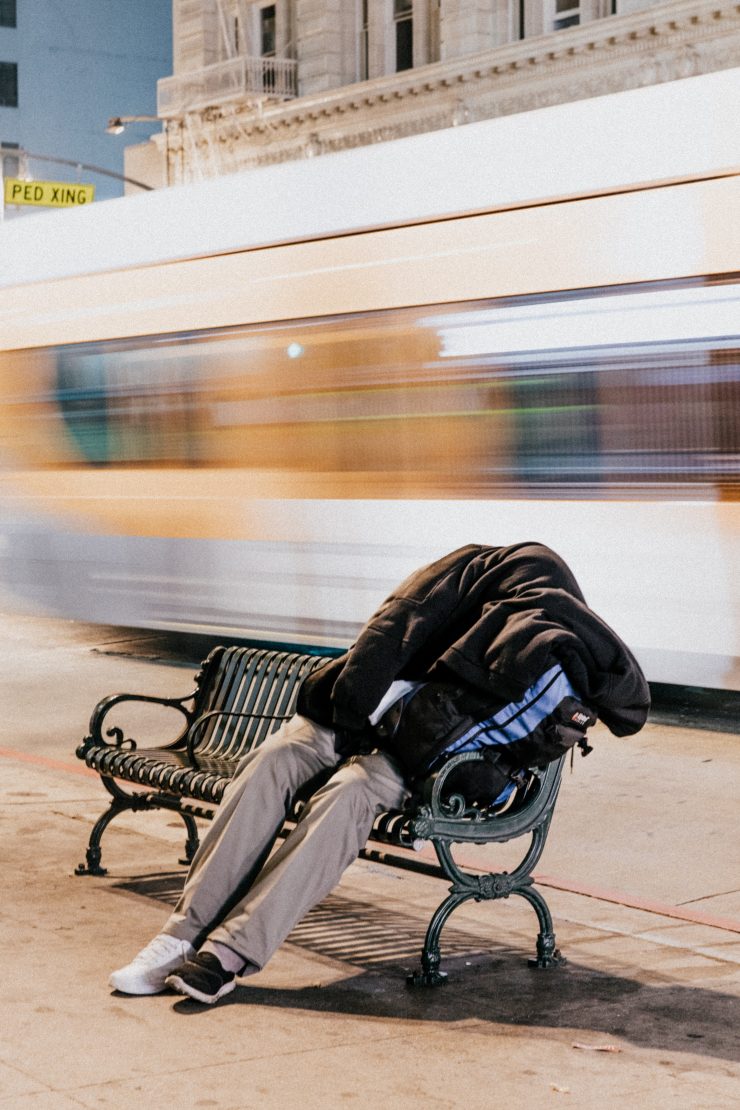 The homeless population is more at risk than others, prompting nonprofit organizations in the DC area to go into overdrive. ‘COVID was a game changer,’ one advocate says. November, hypothermia month, is here.

Organizations in Washington, D.C., that help the homeless have dramatically modified their activities to accommodate social distancing and sanitization guidelines during COVID-19.

Leaders at Street Sense Media, the nonprofit and newspaper; Doorways for Women and Families, an Arlington shelter for domestic violence victims and the homeless; and nonprofit A-SPAN, which fights homelessness in Arlington, Virginia, are among those forced to adapt to the coronavirus crisis.

“We had to figure out how to do this safely, figure out social distancing,” said Scott Miller, the senior director of development at A-SPAN (Arlington Street People’s Assistance Network).

Maddie Cunningham, the director of development and communications at Street Sense Media, said that the virus has worsened the challenges homeless people already face.

“One big thing we’ve been seeing in our case management program is an increase in mental health issues and some substance abuse issues,” Cunningham said. “People who experience homelessness were really isolated when the pandemic hit, and are now even more isolated.”

Cunningham said that the homeless population might be nervous about being around others in shelters, so they decide to stay on the streets. “But with the stress of the health crisis, people are more exposed when they’re on the street, and their health is already at risk.”

The organizations have had to consult nurses, reconfigure sleeping arrangements, set up quarantine facilities and coordinate with feeding programs to work with this particularly vulnerable population.

This means stricter cleaning protocols and a push to re-house clients more quickly.

“Wearing a mask is a problem”

The Howard Center for Investigative Journalism at the University of Maryland determined that nationwide 206 homeless people died of COVID-19 as of August 2020; there could be a large number undiagnosed. Of those deaths, 153 were concentrated in six cities: San Francisco, Los Angeles, New York City, Washington, D.C., Seattle and Phoenix.

Researchers speculate that the homeless may be more prone to COVID-19 exposure because of worse general health, whether due to lack of food, shelter, or health care. In 2011, a study by the University of Sheffield in England reported that homelessness significantly decreased a person’s lifespan, with homeless women dying by 43 on average and homeless men dying by 47 (compared to an average lifespan of 77 in the U.S.).
Miller said he believes the biggest challenge to helping the needy has been the ever-changing rules, regulations and recommendations.

“Our population tends to not do well with a lot of interruption and change,” he said.

“Especially at the beginning of COVID through now, the rules were always changing. Social distancing, mask-wearing, all of which are so critical, but for a lot of our clients that have behavioral or emotional health issues, wearing a mask is a problem.”

Can’t “sleep near one another”

Organizations in D.C. adapted their routines. Closing was not an option.

“COVID was a game changer for us,” Miller said. “We’ve been a 24-7 facility, we’ve always been 24-7, and when COVID was creeping upon us, we really had to think strategically and intentionally about how we’re going to remain open.”

A-SPAN operates as both a resource center and a shelter; the organization worked with a nurse practitioner to strategize next steps.

Miller said that A-SPAN developed a triage list with its full-time nurse practitioner to determine where to put people. “We had to determine who is safest to stay at the center, who do we have to move off-site, who do we put in hotel rooms. There’s a number of clients still in hotel rooms that have tested positive and needed to be quarantined or that are just high risk.”

Street Sense Media, which was founded by Street Sense and operates as both a nonprofit organization and newspaper, has stayed open throughout the pandemic. The newspaper employs homeless people who write and sell the publication.

Due to the accompanying financial crisis, Cunningham says Street Sense had a “steep increase” in writers needing help with other resources, such as legal services or food stamps.

“We’re operating in a socially distant fashion,” Cunningham said, “but we have our lounge open to vendors in case they need anything such as a place to sit, to use the restroom or even some food.”

While organizations have had to adapt, Arlington, Virginia, public officials said they already had prevention measures in place. Kurt Larrick, the assistant director at Arlington County Department of Human Services, said the county has historically low homelessness rates, with only 20 people on the street and 199 homeless all together as of January 2020.

Larrick said that Arlington’s work was done over 15 years of prevention, which prepared the county to help the needy during the pandemic.

“A lot of that has gone on all summer, and a lot of the success has been in the prevention of homelessness. We’ve continued that this year by investing millions of dollars in eviction prevention programs.”

“Rapid” rehousing for people in shelters

The shelter Doorways for Women and Families has continued its operations yet readjusted priorities in terms of rehousing homeless people.

“In a lot of settings, it’s OK for people to share a space,” Linley Beckbridge, communications and outreach director at Doorways for Women and Families, said. “But obviously right now that’s a big challenge. So we’ve had clients move out of the shelter more rapidly.” The same steps used to take weeks, to months to a yar or more.

Since Doorways works with domestic violence survivors, Beckbridge said the normal priority would be to help clients heal from trauma before looking for housing.

While Doorways has a unique clientele, Beckbridge said organizations in Arlington such as the Arlington Housing Branch, the Arlington Landlord Partnership, and Doorways’ HomeStart program and home locator services will help the homeless population navigate barriers to housing and help them get rent subsidies.

“For folks with a criminal record or immigration status challenges, those barriers can be even higher,” she said. “So we advocate with landlords directly.”

Miller of A-SPAN suggested the Arlington housing crisis hotline serves as a referral to Doorways, A-SPAN, or a food bank.

“The hotline directs you to the Department of Human Services,” he said. “It is the single intake resource for anyone experiencing any crisis. Whether it’s food insecurity, domestic violence, homelessness, the county will figure out what’s the immediate needs.”

Larrick said that the Arlington Mill Community Center provides free testing to anyone in the community.

“You don’t need insurance, you don’t need proof of citizenship or residency, you can just walk up and get tested.”

In March 2020, Congress passed the Coronavirus Aid, Relief, and Economic Security (CARES) Act, which allocated more than $4 billion to programs and local governments for the homeless. According to the Howard Center at University of Maryland, however, communities either had limited access or were still waiting on guidelines on how to spend the money.

This dilemma gives organizers pause as the area faces new challenges: hypothermia season and the lifting of the national eviction moratorium.

“There is a crisis looming when the eviction moratorium is up,” Larrick said, alluding to the Center for Disease Control (CDC) calling for a temporary halt in evictions until Dec. 31.

Hypothermia season, as Miller explained, kicked in Nov. 1. Homeless people who may not come to a shelter throughout the year, come in simply “to get out of the cold weather.”

“Housing isn’t their endgame,” Miller said. “Long gone are the days that we just put someone in housing.”

Still, Miller said he believes that local and public organizations are collaborating to combat the challenges ahead.

“We didn’t have to rework the wheel,” he said. “We are together, sharing best practices.”