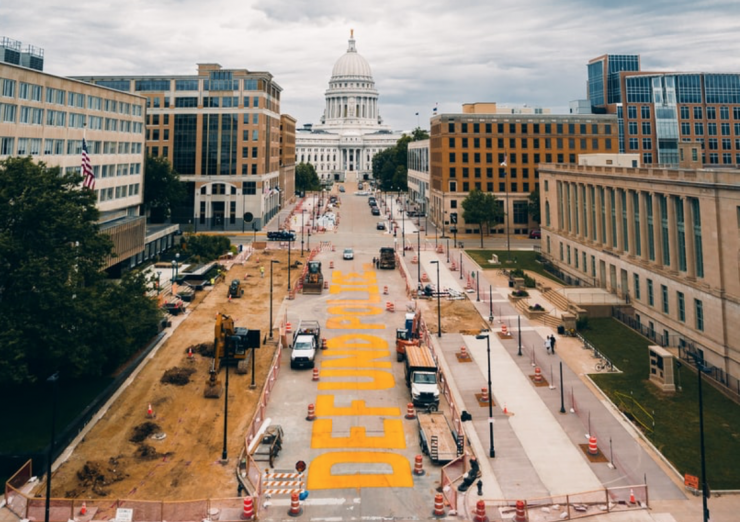 Calls to defund police forces have gained popularity across the country. Washington, D.C., is no exception. This year’s council candidates are running on multiple sides of the issue.

The movement to defund the police has gained both support and criticism from Washington, D.C., residents as police reform continues to dominate politics.

D.C. Council candidates are voicing their opinions to appeal to voters on all sides of police reform ahead of Tuesday’s elections.

The so-called defunding movement, which is not the same as abolishing the police, pushes for repurposing some police funding to other social services, such as mental health and addiction services.

Valerie Wexler is a spokesperson for Stop Police Terror Project DC, a D.C.-based organization pushing for policing reform. She said that the city’s response to protesters has been “inadequate and entirely ineffective.”

She wrote in an email that “D.C. residents have continued to demand fundamental structural change,” including removing police officers from schools, banning stop-and-frisk, and defunding the department.

Ward 2 candidates across the spectrum

Political newcomer Martín Miguel Fernandez is running as an independent to replace Ward 2 Councilmember Brooke Pinto, who currently represents many of D.C.’s downton neighborhoods like Georgetown, Foggy Bottom, Logan Circle and Dupont Circle. Fernandez described the Ward 2 race as reflecting a “spectrum” when it comes to divesting from the MPD, with him pointing to Pinto as the conservative candidate and himself on the “most progressive” end.

He released a 14-point plan for policing in the District, including rerouting funds to other crisis response organizations and removing police from schools. He said that many residents probably agree with the theory of defunding the police but are scared away by the language.

“Some people may agree with the actual principle behind it, but the language becomes a barrier to them adopting it as a position,” Fernandez said. “So, the language my campaign has used is “divesting” and ‘decoupling’ from police.”

The Independent candidate said his position offers a “stark contrast” to Pinto, a Democrat, who is “certainly not interested in any level of substantial police reform.”

He suggested that Pinto, like any Democrat, must publicly support the Black Lives Matter movement to avoid “political suicide,” but he says she has contradicted her commitment by voting against removing police from public schools and deploying federal police to respond to a Dupont Circle shooting.

“I think the wind has shifted and it’s forcing a lot of people to take positions that they aren’t super comfortable with or familiar with just yet,” Fernandez said.

Pinto, 28, shocked many by becoming the city’s youngest councilmember in the Ward 2 special election in June. Since then, Pinto, new to DC, has faced critical questions about her campaign funding and political views. A spokesperson did not respond to a query about the criticism for this story.

Her sudden victory led to questions about contributions to her campaign, her qualifications and charges that she is not as progressive as she claims to be.

Pinto, who sits on the Committee on the Judiciary and Public Safety, supported police reform legislation that banned chokeholds and tear gas against protesters. She has not supported reducing the police budget, arguing instead for reducing police responsibilities.

“Criminal justice is a top priority of mine,” said Pinto in an email. “When it comes to topics like making body-worn-camera footage more accessible to victims and families or prohibiting the use of excessive force, I am fully supportive.”

Her office was not available to respond to the criticism made by Fernandez.

At-large candidates and independents Mónica Palacio and Chander Jayaraman differ on the issue of police reform, but they agree on one thing: the police have too much responsibility.

Palacio is the former director of the D.C. Office of Human Rights and said she has real-world experience changing “law enforcement culture.” She said she supports reinvesting resources from the Metropolitan Police Department to create other response teams.

“I don’t agree with removing law enforcement as an option, but I support reducing the size of the Metropolitan Police Department and creating other crisis response agencies as a new balanced approach that I think most residents can get behind,” Palacio said.

Unlike Palacio, Ward 6’s Advisory Neighborhood Commissioner Chander Jayaraman advocates for increasing the MPD budget and size.  However, Jayaraman agrees that the MPD is responsible for too many types of emergencies that should be redirected to other services, but does not believe issues rest in the size of the force.

“The operator will ask, ‘Do you need fire or ambulance?’ and for everything else it’s the police, which I think is rather unfair,”  he said. “They do receive some training, but I’m not sure that they are the best equipped to handle all these kinds of situations.”

Jayaraman said he supports increasing the budget of other response agencies, but whether or not he believes that money should come from the MPD budget is unclear.

He said that the police should be reduced to their core functions and “whatever savings there are should go to other agencies.” However, he also said in the same interview that the city has a large budget “so to say the police is the only place that money can come from doesn’t make sense.”

Jayaraman’s position on the movement to defund police, however, was clear.

“It makes for a good bumper sticker, but I don’t think that it’s the right approach,” he said.