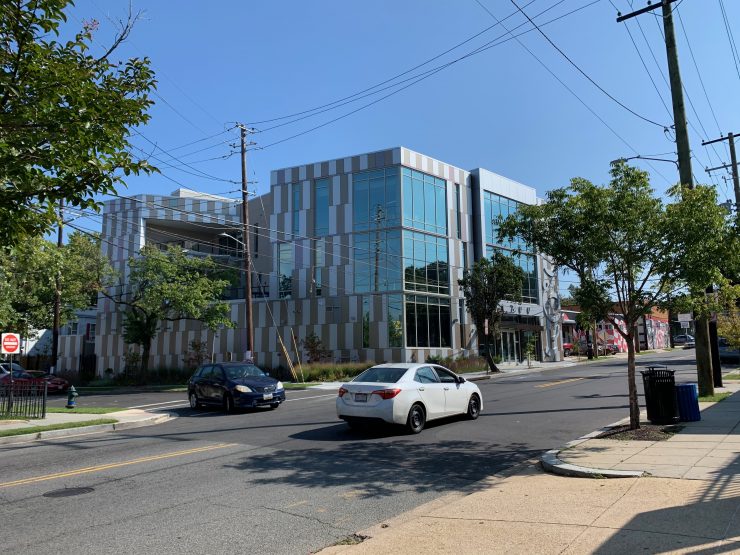 Bread for the City, a nonprofit that offers medical services, finished construction on its new building in Southeast Washington in early September. The center will offer medical, dental and vision care services. It will be the first time the 45-year-old organization has offered those services east of the Anacostia River.

“We consider this massive undertaking essential to our commitment to supporting Black Washingtonians, and to dismantling systems that keep them as second-class citizens in their own country,” George Jones, the chief executive of Bread for the City, said in a statement announcing the opening.

The 28,000-square-foot center’s opening comes at a time when District residents face a coronavirus pandemic and the economic fallout from it. More than 600 people in the District have died from Covid-19 and tens of thousands have filed for unemployment insurance.

The new building sits across the street from the old 9,000-square-foot building. The added space will allow the organization to serve 75,000 people annually, compared to the 52,000 it currently serves each year.

Unity’s health care practice is less than a mile away from the Southeast center, but “I would guess that probably fewer than half of those people have ever made it up to that clinic,” Jones said. “Even that was too much of a barrier.”

The new building will offer primary care, dental care, vision care and behavioral health care. Jones plans to spend October through December hiring medical staff and figuring out how to safely open the building to the public.

Jones said the new Southeast building will likely mimic the safety protocols put in place at Bread for the City’s Northwest location, which only allows people into the building for medical appointments. That location also offers free covid-19 testing and flu shots.

United Medical Center, a public hospital, is the only hospital located east of the Anacostia River and will close by 2023. Planning for a new hospital east of the River is in the works but anti-poverty advocates say a new hospital won’t solve all of the region’s health disparities.

The new center will also have an expanded food pantry. Clients will be able to walk in and pick their food, instead of being handed a bag of pre-picked food items, Keith Lemons, the supervisor for food distribution, said.

“A lot of people, they need us now more than they used to need us, because it’s kind of hard getting around and plus we don’t have that many grocery stores in this area,” Lemons said.

Michelle Woodward, 36, has been going to Bread for the City since 2017. She said the organization has given her bags of food, helped her pay her electricity bill and provided emotional support when her mother passed away in April.

Woodward toured the new Southeast location last week. “I love the building, I love everything it has in it,” Woodward said. “I can’t wait until it opens.”