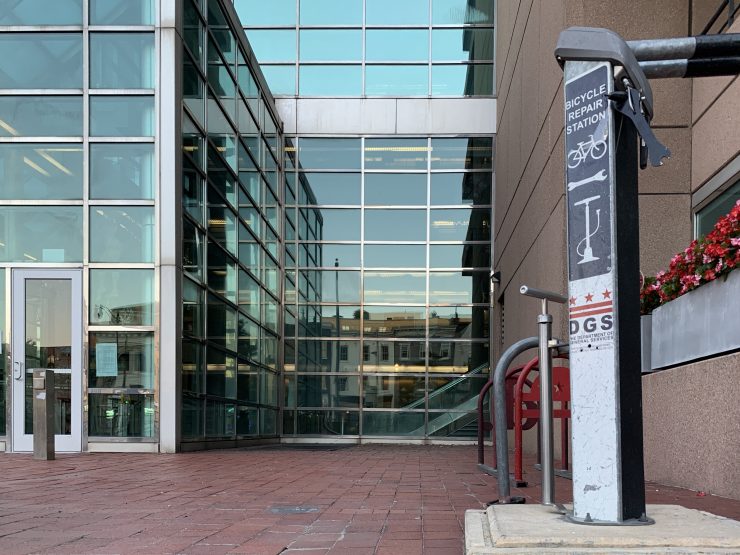 Many agree Washington’s lack of public restrooms is a major problem.

“One time, I walked into the restaurant to see a naked person in our bathroom taking, basically, a bath,” Andy Shallal, owner of Busboys and Poets, said. “You can only feel embarrassed for them.”

The People for Fairness Coalition, a Washington-based advocacy organization, wants to install a 24/7, open-to-all public bathroom facility on the 14th & U Street Corridor.

If not for the coronavirus pandemic, the city would currently be installing two pilot facilities and implementing a program that incentivizes businesses to make their bathrooms public. But COVID-19 caused the project to get put on hold, said Marcy Bernbaum, an active member of the Coalition.

“The most obvious [location] is the corner of 14th & U, where the Reeves Center is,” Bernbaum said.

There are many homeless people, disabled people in need, pedestrians and vehicular traffic in the area, making it one of six locations that the Coalition identified to receive the pilot facility, Bernbaum said.

The Coalition – which has been advocating to make clean, safe public bathrooms available in needed areas in Washington since 2014 – has a list of strict criteria to search for neighborhoods in need of facilities, Bernbaum said. Among others, the list includes good nighttime lighting, heavy traffic and, most importantly, no public restroom nearby.

But there are only two always-open public bathrooms in Washington: at the Lincoln and Jefferson Memorials.

The stand-alone restroom design would be inspired by The Portland Loo from Oregon, the Coalition said in its report. Larger and heftier than a port-a-potty, the facility would be safe and easy to clean, Bernbaum said.

An ideal spot for the facility would be tucked inside a “courtyard-type space” in front of the Reeves Center, said Robin Shuster, director of the 14th&U Farmers’ Market.

“Who wants to see faces in the flower beds outside the Reeves Center? Or smell urine?” Shuster said. “This obviously wouldn’t just be for homeless people, but I think they’d be the most impacted by the facility.”

The Reeves Center’s undetermined future could throw a wrench in this plan, Shuster said, as residents don’t know if the building will be slightly renovated or completely demolished in coming years. The NAACP signed a letter of intent in June to use the Center as its new national headquarters, and Mayor Muriel Bowser said to expect demolition, Washingtonian reported.

Since the Corridor may undergo major construction in the near future, the Office of Planning is reimagining the space. The office recently began asking residents through an online survey how they want the space – specifically the plaza in front of the Reeves Center – to be used.

“The survey didn’t ask people if they’d want a public bathroom on the plaza, but it should have,” Shuster said.

Next, Bowser will create a working group – which will consist of nine government agencies, three nonprofit organizations and an expert in city planning – to gather information and determine the best location for the facility. This will be done through meetings, public comment and a survey, said Keith A. Anderson, director of the Department of General Services.

Bernbaum anticipates this process beginning at the end of the month, she said.

“I’d advocate for 14th and U because I’m there all the time and know they’re in need of that facility,” Dan Winston, commissioner for ANC1B12, which includes 14th & U Street, said. “But I’d hate to advocate for something in exclusion with the rest of the city. We should be able to find the resources to create a more inclusive and accessible city.”

Some European cities – like London and Paris – have public bathrooms as part of their cities’ sanitation programs. Shuster, who lives in France for part of each year, said the self-sanitizing toilets make the city cleaner and more welcoming.

The pandemic makes this project more difficult, as sanitation and hygiene are one of the top concerns.

“I can’t imagine why 14th & U businesses would be opposed, but the key is going to be making sure the facility is maintained,” Shallal said. “It has to come with a full maintenance schedule and program. What business would prefer people urinating on their sidewalk as opposed to using a facility? And I’ve seen worse than urination.”

The Department of General Services will allocate $270,000 for two stand-alone facilities and $64,000 to support custodial staff and maintenance costs. Funding will continue for five years once the project can begin, Bernbaum said.

Winston, Shuster and Shallal all said they don’t believe local businesses on the U Street Corridor are aware of the initiative and the Coalition’s push to bring a public restroom to their area. Shuster was unaware of the project until she was approached by The Wash for an interview.

There are two reasons why local businesses are in the dark about this project, Winston said: the location is still being considered, and the pandemic has made communication about neighborhood issues difficult.

“There’s a difference between walking into a store and saying ‘Hey, something’s happening, what do you think?’ and emailing someone to say ‘Hey, do you want to jump on a Zoom call with me to talk about this thing that may or may not happen?’” Winston said. 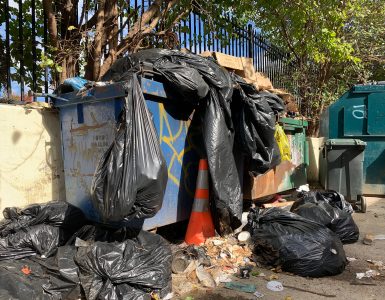 After two dumpster fires ripped through 14th & V Street in April and September, the neighborhood’s ANC group and local residents are asking the Department of Public Works to remove the dumpsters, control illegal... 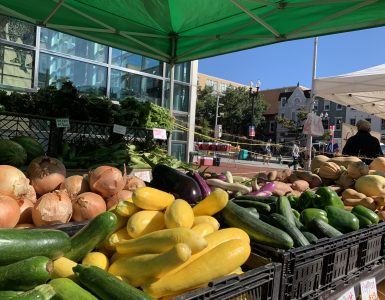 The city's online-only, recently-closed public life survey received almost 4,500 responses about current and future use of the space around the Reeves Center, which sits at 14th & U Street. The input will inform the... 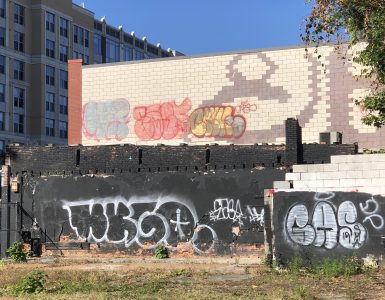