Government contractors who worked above Geppi’s Comic World in Crystal City once filtered in around lunchtime to browse the rows of baseball cards and comics.

“I knew the majority of my customers by their first name. They knew our store,” said Rich Seetoo, a store manager during its heyday in the 1990s. “You know, it was kind of like Cheers.”

Geppi’s Comic World shuttered in Crystal City by 2001, along with a slew of other local businesses housed deep in the underground shopping center. The stretch of hallways and storefronts spans just under a mile in the Arlington neighborhood, snaking beneath massive office buildings.

The Crystal City Underground was once something great, stuffed to the brim with local businesses and restaurants. Now, three community civic associations are brainstorming how to restore it to its former glory.

Under the name Livability 22202, a reference to South Arlington’s zip code, the civic associations for Crystal City, Aurora Highlands, and Arlington Ridge plan to create a better and more functional version of their community. That plan includes dreaming up a fresher version of the Crystal City Underground.

“When you talk to people about the Underground, whoever you’re talking to starts thinking about what would really work there, what would really be cool there,” said Mike Dowell, a coordinator for Livability 22202. “It’s a real kind of blank canvas for a lot of folks.”

Dowell, a longtime Aurora Highlands resident, spearheads the organization’s efforts to make Arlington more hospitable for new residents. He imagines livability as the thread that ties a community together, including things like essential services, and community resources.

While the Crystal City Underground has been mostly untouched since its decline decades ago, Dowell believes that the stretch of dark hallways and storefronts provides space to bring Arlington residents what they need.

High commercial rents plague the neighborhood, boxing some small businesses out of the local rental market, particularly for street-level properties. The Underground provides space for some of the businesses unable to afford local leasing rates, according to Dowell.

“It’s a place to host a lot of services that maybe don’t need street-front retail, but they’re the kind of essential services that every community needs,” he said.

The Underground was filled with those essential services during the late 80s and 90s, at its peak.

Residents recall a hardware store and a slew of convenience stores down its halls. Restaurants and bars littered the corridors and served the government workers that flooded Crystal City during the days.

Besides Geppi’s Comic World, other curious specialty stores existed in the Underground, as well. A beloved puppet store and a nautical-themed gift shop remain in the mall – two lingering remnants of what once was.

The underground mall began fading away decades ago, starting at the turn of the century. Both financial turmoil and the advent of online shopping destabilized many of the businesses deep in the Underground.

Yet, Arlington residents see the mass exodus of military contractors and agencies from Crystal City as the fatal blow.

The federal government’s Base Realignment and Closure program gutted Crystal City at the same time. The Department of Defense fled from the region, leaving more than 3.7 million square feet of empty office space behind, mostly in Crystal City.

The bustling lunchtimes underground are no more.

The promise of Amazon’s arrival to Crystal City and nearby Pentagon City drummed up excitement for the members of Livability 22202. The zip code is expected to grow by more than 30 percent by 2045, according to the latest Arlington County Profile.

Whispers of new people and new business caused Livability 22202 to draft an action plan, chocked full of goals for the three neighborhoods and plans for new community assets, including a new plan for the Crystal City Underground.

The group planned to workshop ideas for an improved Underground in April. Of course, COVID-19 disrupted all of their plans, leaving Livability 22202 at a loss for how to find new ideas for the space.

Like everyone else, the organization turned online to find ideas for the shopping center. They launched The Underground Challenge in early June as an alternative to the April workshops.

“This challenge is a kind of way to try and get feedback from people in kind of a nontraditional sense,” said Eric Cassel, another Arlington resident involved with Livability. The challenge uses story submissions and even TikToks to brainstorm ideas for the Underground.

Cassel has plenty of big ideas of his own; he floated turning one of the empty parking lots left behind from the Underground’s busier days into a dark space to grow mushrooms. To him, those oddities are essential to recreating the spirit of the Underground.

Though Livability 22202 attempts to imagine a better tomorrow for the Underground, the organization’s leaders also understand that the Underground provides a strategic opportunity for its proprietors, JBG Smith.

JBG Smith owns a majority of properties in Crystal City, including Amazon’s coveted second headquarters. JBG Smith declined to comment on any plans for the Crystal City Underground.

The Underground provides a chance for JBG Smith and Amazon to make Crystal City into an attractive new home for all the workers slated to fill the gaps left by federal contractors, according to Christer Ahl.

Back in the early 2000s, Ahl spent his time in Crystal City advocating for the neighborhood before it had a formal civic association.

Ahl envisions a new Underground filled with community gathering spaces or art galleries in the Underground’s vast hallways and empty crannies, a low-cost endeavor for JBG Smith that still makes the area more attractive to newcomers.

“We cannot turn the trends around when it comes to retail viability,” said Ahl. 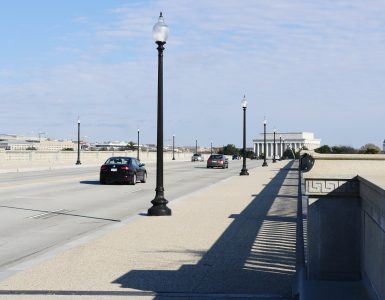 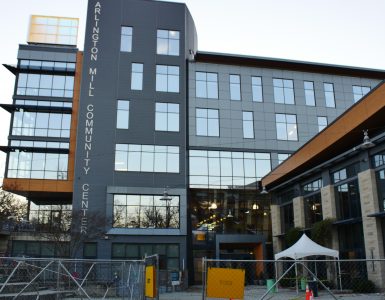 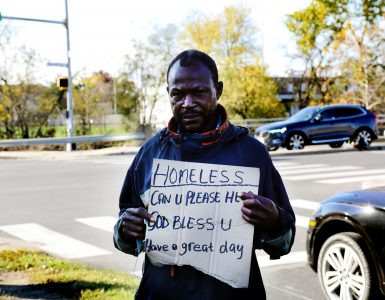