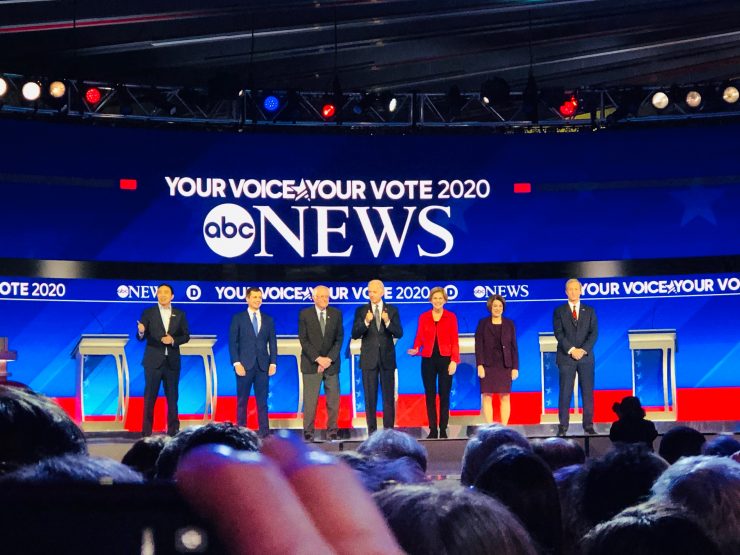 The drive for diversity

CONCORD, N.H. — Politics in New Hampshire is a core part of the state’s identity.

Those politics are what has led to New Hampshire holding tight to its First In The Nation Primary status. However, as a state that is 92% white, critics and opponents of New Hampshire’s special status in the primary process have argued that the lack of diversity in the state does not reflect the true fabric of American society. To New Hampshirites, this lack of diversity isn’t a ding or a valid reason to strip the state of its position and power in the primary process. For one New Hampshirite, however, it’s become a mission.

Ray Buckley, the chair of the New Hampshire Democratic Party, has heard the argument about the lack of diversity in his state countless times but doesn’t agree it should be why New Hampshire isn’t first.

“There is a solid track record, our voter participation, our participation in government,” Buckley said in an interview with American University students on Friday. “We have a higher turnout than any other state in the nomination process. “We have a record of running a very clean challenge here.”

Buckley may not be able to change the racial makeup of the state, but what he can point to is the diversity within New Hampshire’s State House.

With 424 members of the General Court of New Hampshire, Buckley points out “the diversity of our legislative, even though our state is not as diverse, our legislative body is  more diverse.”

The legislative body of New Hampshire currently has 11 members of the LGTBQ community elected, including two transgender members, as well as refugee members from Afghanistan, Haiti and various African countries.

There are also 32 Democratic members of the New Hampshire House under the age of 30.

So while the state population is not reflective of America, Buckley points to the array of voices heard within the statehouse.

“Anyone can come and get elected and have input and make a difference,” Buckley said, “The diversity is significantly more than if you just saw the raw numbers of the population.”

The drive to showcase the diversity within New Hampshire doesn’t stop there for Buckley either. In New Hampshire, every fourth-grade student in the state goes to visit and tour the statehouse,  and one thing that Buckley said he wants to change about that visit: portraits on the wall.

There are over 700 portraits hanging throughout the Capitol building, overwhelmingly of white men. To counter this, Buckley has been trying to raise funds to replace these portraits. In the last decade, there are four new portraits on the walls  — of women.

But as Buckley said “It’s not a fast track. We have to raise the money ourselves.”

So what drives Buckley’s passion project of portrait replacement?

“I want those voices up. I think it’s important for little kids to see the faces and their reflections in our statehouse.”