A new playground. More trees. A splash pool for the summer. These are all things the District government plans to add to the plaza outside the Eastern Market metro station to make an attractive, safe place to spend time. But some of the other changes, like changing the streets around at a major intersection, have been a challenging sell.

The District government will build a new park around the Eastern Market metro station in February of next year, according to the Department of General Services.

Construction is set to begin despite pushback from ANC commissioners who claim there was not enough opportunity for public input on the project, according to the Hill Rag.

However, a spokeswoman from General Services wrote to The Wash that the plan for the park included “extensive community outreach over a two-year period.” The department conducted two public surveys on the project in the winter of 2018-2019 and in the spring of 2019. According to the spokeswoman, the surveys received more than 700 and 400 responses, respectively.

The image on the left demonstrates the “bare and unattractive” state of the are outside Eastern Park Market currently, according to Hill’s Kitchen owner Leah Daniels. The image on the right is the District’s plan for the space, starting in Summer 2020.

Leah Daniels, owner of Hill’s Kitchen, a local kitchen goods store on the Eastern Market plaza, said that many representatives from the District government have talked to her about what she would like for the space, but they “don’t necessarily listen,” particularly when it comes to the plans for changes in the street layout.

The plan to turn the street around at the major intersection of Pennsylvania Avenue and Barracks Row, or 8th Street SE, would “dump more traffic into the neighborhood,” Daniels said.

Thomas Luebke, secretary of the Commission of Fine Arts, is reviewing the park design from the Department of General Services. He said that in order to put more green space in the middle of the park, the new design tries to pull all the traffic outside of the square. But this puts more traffic near residents on the other side streets near the Pennsylvania Avenue and Barracks Row intersection.

The area around Eastern Market is already a park, but it is “lacking some coherence as a space,” and the District government is “wondering how it can be improved” so that it feels like one park to the community, Luebke said.

The challenge is that it is intersected by Pennsylvania Avenue, with the metro line running underneath.

Luebke thinks the plan could use the alignment of trees, benches and programming spaces for the Southeast public library across the street to revitalize the space.

Turning a space into a place

The new park will include a playground, a splash park and a nature room for kids.

The second phase of construction, projected for completion in October 2020, would include a new entrance to the metro station, a plaza for the library and added trees.

In response to the community feedback, a pavilion of about 20 to 25 feet in diameter has been added to the design of the park.

However, residents say a pavilion will only provide a sheltered space for people in the area without a house to gather for drug use.

The park project has been in the works for over a decade, but the official plans and the summer deadline for construction were released in October. But at this point Daniels “just wants it to happen” even if they don’t agree with every aspect of the design because they are “tired of fighting.”

But the number of stakeholders the Department of General Services needs to please with the park is high.

The park and plaza are set to be completed in the summer of 2020.

The Department of General Services will hold another community meeting about the park on Dec. 12 at Watkins Elementary School (420 12th Street SE) from 6:30 p.m. to 8 p.m. 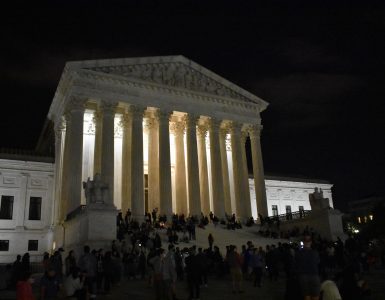 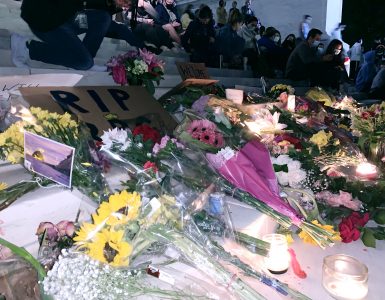 Crowds flocked to the Supreme Court on Friday to pay their respects to Justice Ruth Bader Ginsburg who passed away from metastatic pancreatic cancer earlier that evening. Ginsburg, also known as 'Notorious R.B.G.' and... 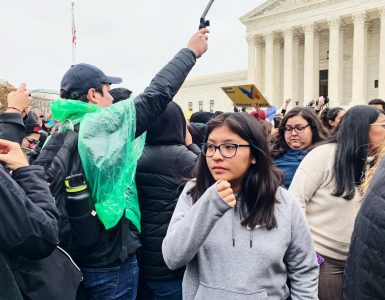