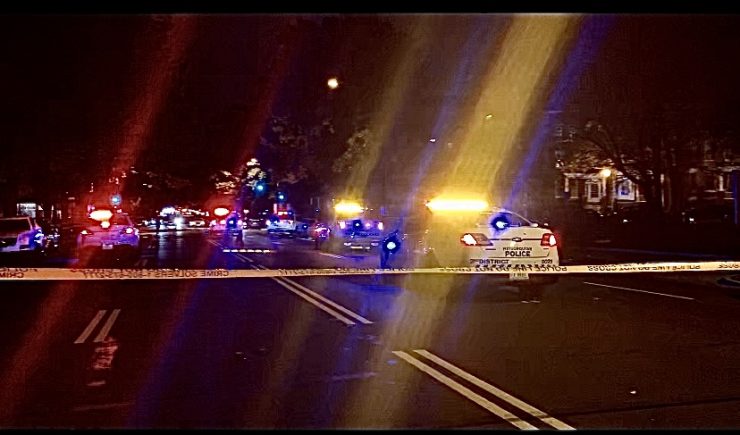 According to the official police Twitter account there was “no usable lookout” which means they don’t have any specific descriptions of the still at-large shooting suspect or suspects.

Initially, there was confusion that the shootings happened at the zoo itself, which was holding its annual Zoo Lights holiday event.

It was later determined by police that fireworks were set off at the zoo and then the actual shootings happened a few blocks from the Connecticut Avenue entrance.

Jess Falborn was attending Zoo Lights and said people threw fireworks around 7 p.m. and the zoo was completely shut down within the next hour-and-a-half.

“There were people running! Park police cars were telling us where to go. There was a shooting after that,” Falborn said.

Falborn’s friend, Liz Dyer, said she witnessed fights at the zoo and that it “looked like someone was arrested.”

Police Commander Duncan Bedlion told The Wash the first victim was found shortly after the zoo closed at the intersection between Connecticut and Cathedral Avenue. The other shooting victim was found on Calvert Street, also near the zoo exit.

Both victims were identified as young males and were transported to area hospitals.

Zoo Lights is an annual holiday tradition held at the National Zoo.  The free event turns the zoo into a winter wonderland with 50,000 lights. There are also live music performances, shopping and holiday treats.

Zoo Lights is being held this year from November 29 through January 1, but is closed Christmas Eve, Christmas Day, and New Year’s Eve.

The Wash reached out to the zoo with questions about security, but we did not receive a response before publication.

Calls to the police department on Sunday were not returned.