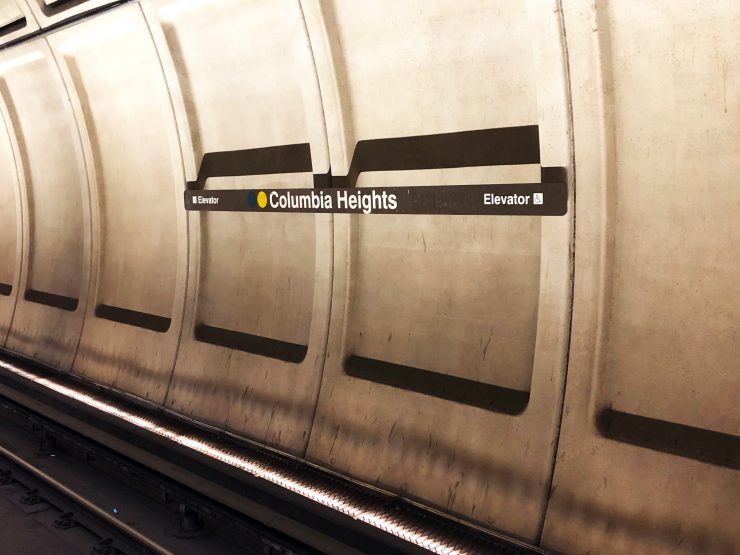 Despite regular maintenance under the SafeTrack plan, a cracked rail in Columbia Heights forced trains to single-track and put commuters behind on Monday.

Columbia Heights commuters were in for a tough Monday morning as a cracked rail brought rail traffic to a standstill.

The rail resulted in long delays on both the Green and Yellow lines, which lasted from the morning rush into the afternoon. To keep rail traffic moving, WMATA began single-tracking the trains, causing delays in both directions until around 10 a.m.

UPDATED: Yellow/Green Line Delay: No longer single tracking. Residual delays continue in both directions due to an earlier track condition outside Columbia Heights.

Meanwhile, other lines were experiencing their own delays. Red line commuters going to Shady Grove had difficulty getting to work on time as well.

Green line rider Jacob Karson took to Twitter to report that he arrived to find that the trains were not running north.

“The first train in the queue after I arrived did not stop, so the station was overfilled,” Karson said.

@dcmetrosucks no trains going north from Columbia Heights and the station manager announces that the next train south is skipping the station pic.twitter.com/tEXyTisAym

Karson said he had left home about twenty minutes early, planning to eat breakfast near his office. After the delay, he said he was 10 minutes late to work. “So my day was not affected, just my breakfast.”

At the Columbia Heights station, Nolan Bush waited 30 minutes and had to work on the train, but he tends to work some extra time into his commute for delays just like Monday’s.

“I was late to work and had to take a call from the Red line,” Bush said. “But I usually leave early for exactly this reason so I didn’t end up being all that late.”

You know what @wmata? I DID want to wait for the eighth train through Columbia Heights this morning! Thanks a bunch!

Former WMATA employee Michael Derricot did not take the Green or Yellow lines Monday, but he was able to explain how a cracked rail happens.
“It comes over time. Metal fatigues, it fails,” he said. “I’m no longer an employee there, but a lot of it has to do with probably non-strategically making the repairs on time.”

WMATA does do regular track maintenance via SafeTrack, which they describe online as an “accelerated work plan” combining three years of work into one. The plan aims to improve the safety and reliability of all tracks.

Despite the planned improvements, Derricot stressed the need for more frequent track repairs. The lack of preventative maintenance, he says, is possibly due to larger issues within WMATA.

The Wash reached out to WMATA but did not receive comment back before publication.

“I think they try to make better the situation that they have,” Derricot said. “But I think from the past, there was past malfeasance, mismanagement, waste that probably still goes on.”

The delays did not phase commuter Will Peischel.

“I just stood on the metro platform for a frustratingly long time,” he said. “It’s WMATA, so I can’t imagine many people were very surprised, but definitely an inconvenience super fitting for Monday morning.”