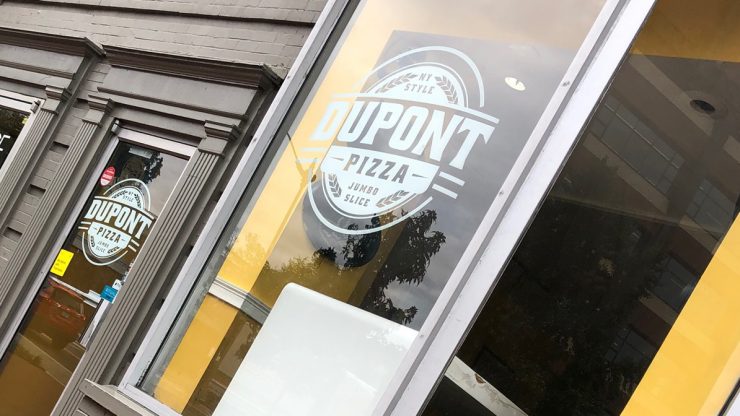 The internet says Dupont Pizza is infested with Rats. Health inspectors say its not.

A social media video showing rats in the kitchen of a Dupont Circle pizza joint went viral. The business took a hit in sales, but the owner says the footage is years old.

Dupont Pizza on P Street NW took a 30% hit in sales the first week of October after a video appearing to show a dozen rats running around the kitchen circulated on social media. The video went viral with over a million views across multiple platforms, but it misled many viewers into thinking it had been recorded recently.

Hailil Sarica, owner of Dupont Pizza, said the video was posted by a former employee and was recorded when the shop first opened in 2013 — and, he said, the restaurant doesn’t have a rodent problem anymore. The Wash tried to contact the employee on social media and did not receive a response.

Sarica was aware the former employee had the video in his possession and could release it at any time. Sarica fired the employee, who had worked for him for six years, on Oct. 2 and gave him his last paycheck that day. On Oct. 3, the video was posted on Facebook and Twitter.

Sarica said he was working when he heard the video had been posted and wished people understood the facts.

“I think people just believe what they see on social media,” he said. “I just want them to see that everything on social media is not true. People are believing that video and want to stay away from the restaurant.”

Sarica admitted there was a rat problem years ago, but that problem has not occurred since he became manager in 2016, he said. Sarica said if there were a rat problem, he would close down the restaurant, but instead he decided to “keep the doors open.” Sarica said he has nothing to hide and his reputation is on the line.

Since the decline in sales, Sarica said business is back to normal because his loyal customers did not believe the video and never saw any rats while eating there.

Tyree Henson is one of those customers. She started eating at Dupont Pizza a couple of years ago. She said she didn’t believe the video when it was first released.

“When I first saw the video, I thought maybe they had more than one location,” Henson said. “Until I see a rat with my own eyes, I will be there at lunch every week.”

In order to keep those devoted customers, Sarica said he gets monthly pest inspections and also gets biweekly sanitation cleanings of the restaurant. The most recent inspection was completed the same day the video was released. The inspection came back with some minor observations, including missing signage at the sink about handwashing, no paper towels or soap at the sink, a dirty can opener and two dead roaches in shelf areas, according to a copy of that inspection The Wash obtained.

But, according to the report, there were no signs of rats. The restaurant was allowed to reopen the next day at 4 p.m.

Phillip Wright, who is a former restaurant manager and current chef, knows that health inspections are accessible to customers.

“The next time I go, I will just ask to see a copy of their most recent health inspection. It is a public file so anybody can see it,” Wright said.

Sarica said he wants to move forward from the entire controversy and get back to customers coming in and dining without having to check the floor every five minutes.

“We have been here for many years,” he said. “This can happen to anybody and I believe I was a victim. I just want everybody to support each other’s businesses.”