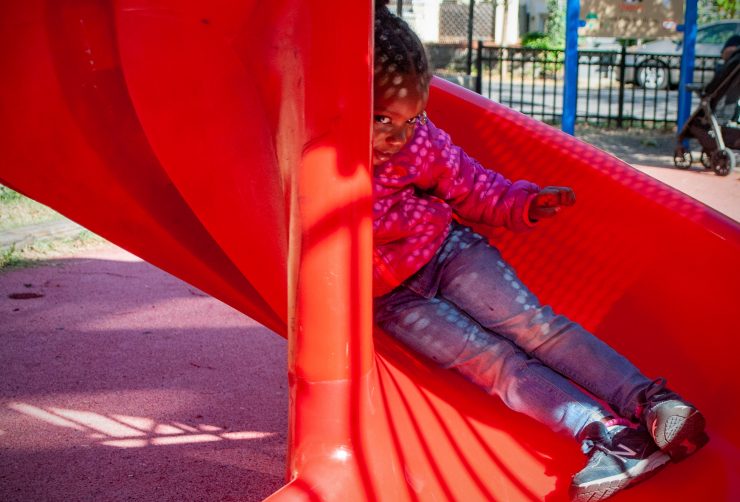 City prepping designs for recreation renovations, but residents are doubtful

Locals are expressing doubt as the District prepares fixes at the historic Petworth Recreation Center.

It was needed more than five years ago. It was necessary by 2016. Now residents and employees at the Petworth Recreation Center say it’s critical.

The mayor’s office has been promising renovations at the Eighth and Taylor streets center for more than three years now, but budget appropriation maneuvers and delays for cost have pushed back the $2 million project ever since.

Now the Departments of Parks and Recreation and General Services say they want public input on their latest iteration of designs, but after so much back-and-forth at City Hall, many say they are doubtful they’ll see anything come of it.

St. Anthony Wallace Sr. has been making the short drive from his home in Silver Spring to the recreation center at 801 Taylor St. NW for more than 30 years now. He’s watched the city grow and change around the 1-acre park, but not much has changed inside it, he said.

Wallace is the recreation specialist, and it’s his job to make sure the center’s meager annual budget gets spent on programming, resources and activities that gives the deluge of daily children a little slice of fun.

“It’s a park area that attracts people from all walks of life,” he said. “You’ve got your nannies who bring their kids here and the private schools and Montessori schools who walk children over. It’s green space for people who don’t have any green space.”

Yards for children to play in have been swallowed up over time by high-rise developments, apartment and condo complexes in Petworth, Wallace said, leaving places like his more relied upon than ever.

But more use in a public park leads to wear and tear.

The city has invested money in the park before — most recently constructing a spay park over an old playground area two years ago and a futsal, or street soccer, court nearby.

But the the warped play pad and old rusted fencing and decades-old center itself still need work, Wallace said.

When the mayor’s office presented a budget with $2 million in it for renovations at the park in 2017, renovations seemed all but certain, but delays in hiring a designer and a budget reappropriation held the funding back more.

“I wish I knew what’s taken so long,” Wallace said. “This place is worth the investment, and I think people should know that. It comes alive at all hours of the day or night, but it’s still peaceful, you know?”

But now both the money and people are in place for the renovation project to begin, and City Hall wants as much public input as possible before contractors are hired to break ground.

Peter Nohrden, is the department’s lead architect on the project, and he said the District is trying to be creative about stretching that $2 million as far as it will go.

Preliminary designs for the park are leaning toward major fixes to the splash pad, new playground surfaces, better seating and more shade.

Use the gray slider above to explore differences betweent the existing and proposed Petowrth Recreation Center park designs.

Natasha Greenberg, 46, of Petworth, said she’s eager to see those kind of changes made at the park, if they really happen.

“For people around here, most people have very little backyards — if any,” she said. “And there are a lot of young families in Petworth, but there’s nothing in the park for really young kids.”

Greenberg said she wants more accessibility for young children, even infants, and more shady areas for parents or guardians to watch their children.

District officials will host a meeting to engage residents like her on the topic of recreation center changes on Tuesday. She said she plans to attend, but she isn’t sure how much good it will do.

“They’ve been talking about these kinds of changes for a while,” she laughed. “Look around; nothing’s different.”

Jahkeed King, 27, of Petworth brings her 3-year-old daughter Milan King to the Petworth Recreation Center every chance they get. It’s within convenient walking distance of their Varnum Street home, she said, and it is small enough to give her daughter a wide space in which to play.

As for the renovations, she said, she would love to see more age-segregated areas and shade.

District officials who spoke with The Wash this week said they are disappointed by residents’ lack of enthusiasm, but they are eager to put action behind their words.

Tuesday’s meeting may be the last, according to Nohrden, before the designs for the park are finalized. A survey for the park last year elicited more than 670 responses from nearby residents, which is encouraging, he said.