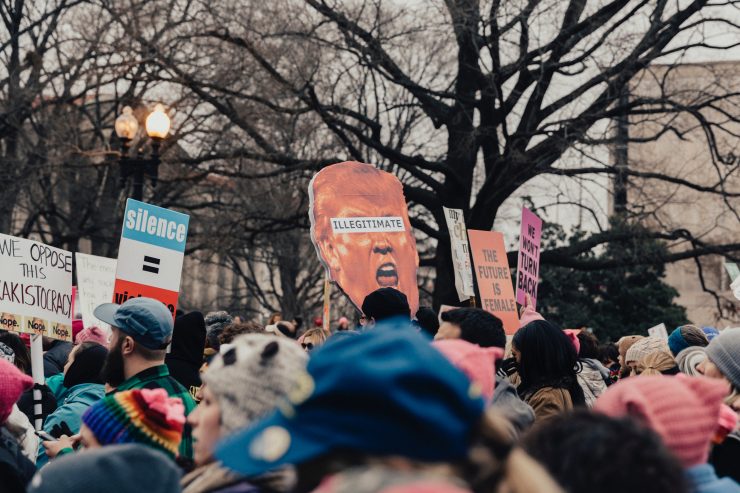 Pro-impeachment grassroots organizers are attempting to jump on the energy surrounding the formal inquiry as public support for the investigation rises.

A Reuters/Ipsos poll shows that support for impeaching President Donald Trump rose to 45% during the week that Americans learned about Trump’s telephone call with Ukrainian President Volodymyr Zelensky. In the call, Trump asked Zelensky to investigate Democratic presidential candidate, Joe Biden, and his son, according to a rough transcript released by the White House.

Progressive organizers have pushed for impeaching the president for most of his term in office. Need to Impeach, which started as an online petition, formed in late 2017.

Tom Steyer, a billionaire philanthropist and Democratic presidential candidate, launched and funded the organization to boost public support for impeachment. The group gathered a million signatures in support of impeachment in 10 days.

“Need to Impeach’s power is really derived from our base,” said Jack Shaw, the organization’s legislative and communications manager. “It’s about the energy we can build in Des Moines, Iowa or in Bangor.”

More than eight million people have signed the Need to Impeach petition, making it “the biggest list in politics,” according to Shaw.

Other grassroots political organizations see the impeachment just as the fruit of their labor.

Members of Indivisible, an organization founded in 2016 to resist the Trump administration’s agenda, have been pressuring their representatives all summer, according to Meaghan Hatcher-Mays, director of Democracy Policy.

“We have been making the argument from the beginning: strong leadership moves public opinion, and that [worked] out,” Hatcher-Mays said. “[Pelosi] came out in favor of the impeachment inquiry and what happened? A bunch of people came out in support of it. Strong leaders lead.”

The potential inquiry propelled public support for impeachment, but priorities for Indivisible have not changed because of that, according to Hatcher-Mays. Impeachment is the biggest part of Indivisible’s campaign for greater democracy reform.

A coalition of grassroots organizations, including Need to Impeach and Indivisible, introduced ImpeachNow.org ahead of the October congressional recess. The project extends the collaborative Impeachment August initiative, a database of both in-district events organized by community members and town halls.

Shaw says that ImpeachNow has showed the group new bursts of organic action instigated by community members instead of organization.

Steyer stepped down from his position at Need to Impeach in June to focus on his presidential run. Shaw said that Steyer’s departure did not slow the group’s political momentum.

Need to Impeach’s overall strategy focuses on targeted, short-term goals that bolster Americans’ overall confidence in impeachment, like door-knocking efforts ahead of the 2018 midterm elections, according to Shaw.

“Now that the Speaker has thrown her weight behind the [impeachment] issue, it’s easier for people to get behind it,” Shaw said, citing the Reuters/Ipsos poll as proof.

Need to Impeach wants to motivate Americans to participate in community action, especially by attending town halls and forcing representatives to speak publicly on impeachment, a practice known as “bird-dogging.”

Hatcher-Mays ultimately want to ensure members of Congress are giving impeachment the weight it deserves during the October break.

“This is it,” said Hatcher-Mays. “This is the moment where we decide whether [politicians] are going to do the right thing or the wrong thing.”