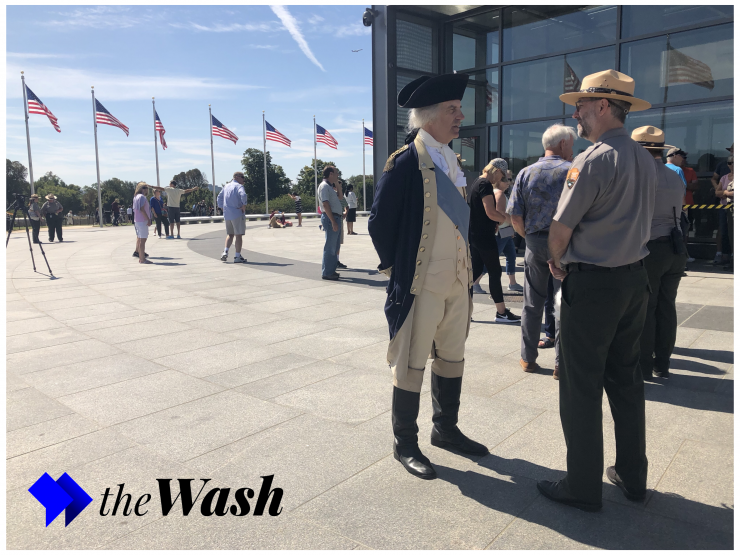 After a three-year safety and security renovation, the Washington Monument reopened to the public Thursday but not without controversy.

Upgraded security and ticketing requirements created confusion and a lot of disappointed tourists hoping to get inside the iconic structure.

Local DC resident, Page Schrerner, remembers how it used to be before the new system. He said during his last visit, in the ’80s, it was a lot easier getting in and out of the monument.

“Back in those days, people could just walk in and I don’t remember ever having a ticket and the security, well, there was a whole different way for security back then,” Schrerner said. “I mean you had security but not to the extremes that you do today.”

According to Schrerner, security should not deter anyone from visiting because the view is too amazing.

“The views are just phenomenal, I’m standing up there just click, click, clicking and I can not believe I am this high up. The view is just spectacular,” Schrerner said.

He was one of the lucky ones, since over a thousand people did not get to experience the views.

With visitors coming from around the world to see the monument on opening day, only a fraction of them got in, according to rangers.

A woman from Texas stayed four extra days from a business meeting just to be told she was not allowed to go up.

“I came out for the Black Caucus Convention, I stayed over extra days because I heard on TV that the monument would be reopening only to get here and no tickets,” She said. “So now I am scheduled to leave for tomorrow and, of course, I can’t be here for 8:30 to get tickets.”

Two Virginia residents brought a friend from Ecuador to see the view. One of them, Andrea Walls, said they got in line early enough to go up.

Many people figured they would get the tickets they heard about at the monument, not at The Washington Monument Lodge, which is the monument’s visitors center about five minutes outside of the monuments gates.

And with many people being returning visitors they thought the security gate would be the only thing they would have to go through to access entry, according to National Parks Chief Ranger Paul Ollie.

National park rangers actively serve as the monument’s security guards and tourist guides, but on opening day they spent most of their time telling people that they could not use the monument since the tickets were sold out.

“Here today I am helping to make sure that the reopening is going smoothly. That everybody is happy and excited to re-enter for the first time in over three years this iconic landmark in Washington D.C,” Ollie said.

Ollie has worked at the site for over four years and helped manage it before it closed and contractors renovated the elevator system along with the new security structure that is now in place.

“The elevator system was over 20 years old, so it desperately needed upgrading but we also had a temporary security structure that was put in place after 9/11, and that was only meant to be temporary,” Ollie said. “So this is now the permanent security structure to allow people to access this site safely.”

Tickets are handed out at the Washington Monument Lodge, the monument’s visitor center, every day starting at 8:30 am. The tickets are free and given out by different tour times on a first come first serve basis. Once the tickets are all out people will have to wait until the next day and there are no reservations, according to the visitor center staff. 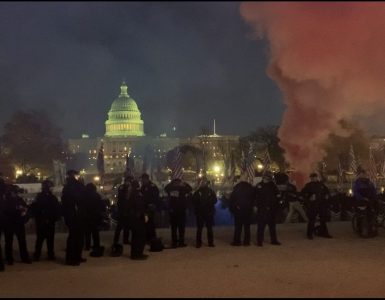 A white nationalist hate group descended on the National Mall, sparking immense police presence. However, the demonstration was eclipsed by a disorganized departure which caused significant traffic disruptions. 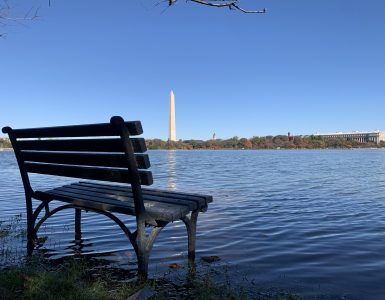 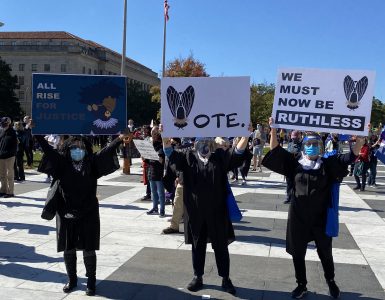