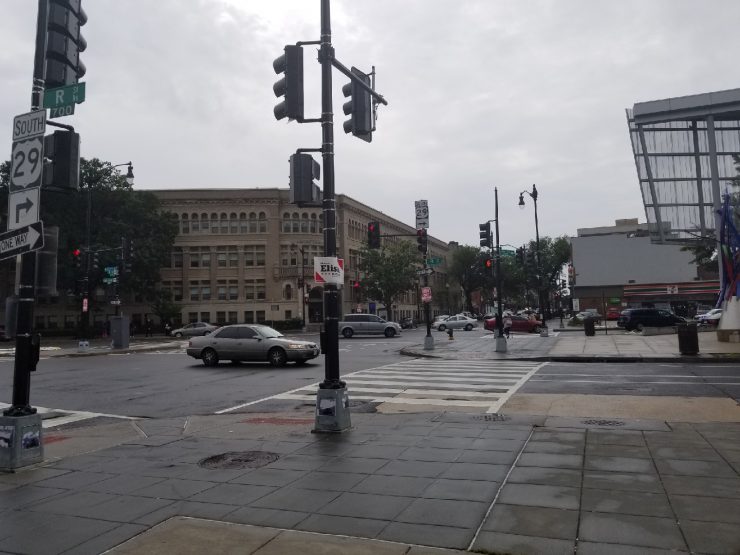 In Shaw, ‘street sense can go a long way’

Property crimes are on the rise in Washington, D.C.’s Shaw neighborhood, and a little “street sense” can make all the difference in residents’ safety, according to the District’s Metropolitan Police Department.

Since 2017, property crime has increased 42 percent in the neighborhood, with the majority of the incidents happening in the U Street corridor known as North Shaw, police reported using District data mapping. According to crime data from real estate company Trulia, there have been nearly 1,500 counts of thefts reported in Shaw over the past year.

Property theft, particularly property stolen from cars, has increased because of its convenience, according to Third District Commander Stuart Emerman.

“Unfortunately, some leave property in their cars and thieves know the owners will be gone for hours, giving them a large window of time to commit the crimes,” Emerman said. “We conduct uniformed patrol, as well as operate observation posts in areas that have been hit hard with the property crimes.”

U Street, a local area known for its weekend nightlife, has been hit the hardest, and according to Emerman, the police department works with local businesses in the area to warn patrons not to leave valuables in their vehicles.

Community leaders agree that there has been a rise in crime in Shaw, but retain a  positive outlook on the neighborhood.

“For the most part, overall crime is down in the Shaw area,” said Anthony Brown, the area’s Advisory Neighborhood Commissioner, a locally-elected representative for Ward 6 of the District.

Despite the neighborhood’s crime history, “Shaw is the best place to be,” said Brown, who has lived in the community since 2009 and currently serves as chair of the Zoning, Transportation and Planning Committee.

“We also work with other government agencies such as DDOT and DPW to improve lighting on dark streets, to trim trees,” Emerman said. “…and to do other maintenance that would make an area less desirable for a thief to commit a crime.”

A few simple measures can keep residents from being a property crime victim, according to Emerman.

“If you are texting or using your phone, hold it tightly. It only takes a robber seconds to run past, snatch your phone and keep going,” Emerman said. “Street sense can go a long way.”

Especially during the holiday season, Emerman said his department witnesses an increase of package theft and theft from cars.

Kavon Martez, general manager of Kennedy Recreation Center, has worked in Shaw for the past five years and said he is skeptical of the crime data being reported on the neighborhood.

Martez said theft may happen in the area but Shaw residents are not the driving force behind the crime.“I mean if someone comes in from the other side of town and they commit a robbery, you can’t pin it on the neighborhood guys.”

He said he knows everyone in the neighborhood, and it’s hard to believe what’s being reported.

“We have an amazing, diverse community here in the third district, and the support that they give our officers is tremendous,” Emerman said. “They are active in helping us to reduce crime to make the neighborhood safer.”