As one of D.C.’s newer neighborhoods, NoMa emerged from old industrial lots and is working to appeal to a younger, wealthier crowd. But some residents say the city could be doing more.

NoMa, named for its location north of Massachusetts Avenue, is a neighborhood in Northeast Washington, D.C. It stretches from Union Station to Union Market. Roughly 50 years ago, it was nothing but warehouses, railroad tracks and parking lots.

Heather Edelman, an ANC representative for NoMa and the surrounding areas east of the neighborhood, said the neighborhood is unique because there’s such a diverse range of issues.

Edelman said the cost of housing is one of the ongoing issues, and residents are concerned about whether there is enough affordable housing as more people, apartment buildings and businesses lay claim to the neighborhood.

“The city is working on these things but not as furiously as some would wish,” Edelman said. “People really feel like there’s not enough affordable housing, and they want to see more.”

According to NoMa BID, a business improvement district created by the D.C. Council, there are currently about 4,800 new apartments in the area. By 2024, the estimated completion of development in NoMa, there should be over 8,000 apartments available in the neighborhood alone.

When NoMa BID was first created in 2007, there were only about 100 residents living within NoMa borders, said Chanda Washington, director of communications for the Office of the Deputy Mayor for Planning and Economic Development (DMPED). Today, there are approximately 7,800 residents, according to NoMa BID.

Randy Keesler is the social justice chair at Holy Redeemer Catholic Church, one of the many congregations that make up Washington Interfaith Network (WIN). He thinks the city is doing a better job working on affordable housing now than it was before.

“The two previous administrations I think really jump-started gentrification, but I think this administration has invested more,” Keesler said. “We have one of the largest affordable housing trust funds in the nation.”

However, more still needs to be done, Keesler said.

“The scale of the problem is so significant because of the kind of housing market we have in the District,” Keesler said.

“Most of the younger folks moving into the District have put tremendous stress on the rental housing market, and the city’s response hasn’t been able to keep up with that demand,” he continued.

Megan Robertson, an attorney in D.C., moved to NoMa last May. She said while the community is growing, older parts of the neighborhood are getting revamped. She said she feels affordable housing is a challenge in NoMa, and the community should work together overcome it.

Robertson said D.C. Housing Authority, located in NoMa on North Capitol Street, is trying to work with some of the new buildings to tackle low-income housing.

“There’s always things people can do, like advocate, volunteer, try to increase awareness for the shelters,” Robertson said.

Compared to the rest of the District, NoMa is unique because 60 percent of the population is between the ages of 18 to 34. NoMa BID reports that 84 percent of the residents are working full-time, and 60 percent are making more than $100,000 a year.

Ninety-four percent of NoMa residents have a college degree or higher, making the neighborhood one of D.C.’s most educated, according to NoMa BID.

However, the demographics of NoMa do not change the need for affordable housing.

Edelman said she feels the city could be putting more effort towards affordable housing in NoMa but missed out on a golden opportunity.

Some buildings in NoMa were allowed to go up without Inclusionary Zoning programs. These programs require larger residential buildings to have a certain percentage of affordable units.

“It would be good if there had been that requirement of having at least 10 percent of a building be affordable units, but the opportunity was missed, and now it’s passed,” Edelman said.

There are large numbers of affordable units across North Capitol Street, and the newer buildings located north of Florida Avenue and New York Avenue must also offer affordable units as per the Inclusionary Zoning agreement, Edelman said.

Inclusionary Zoning also includes different levels of affordability, which are negotiated between the city, the neighborhood and the developer of the building. Units will be made affordable at different levels based on Median Family Income (MFI), or Area Median Income (AMI).

Some units can be made affordable at 30 percent of MFI, while others can be expected to be at 80 percent, Edelman said.

“Whatever the AMI is for a family and you only make a percentage of that, then you would get a subsidy so you could live in one of these units,” Edelman said. “That’s part of the Inclusionary Zoning process.”

Some of the specific units created by the city for low-income residents include the John and Jill Ker Conway Residence, 2M Street and SeVerna on K Street.

The John and Jill Ker Conway Residence is located on North Capitol Street. The project was created to serve veterans.

It provides 60 units for formerly homeless veterans, 17 units for tenants receiving support from the District’s Department of Behavioral Health and 47 units for residents at or below 60 percent of the AMI, which is around $70,000 for a family of four.

When developers come into D.C. and want a lot of space to build the city, they typically negotiate for as much affordable housing as possible, Washington said.

“The thing we think about in the District is, ‘how can we maximize the value of our land in order to produce benefits that our residents want?’ And one of the things we hear from residents all the time is affordable housing,” Washington said.

2M Street, another major affordable housing option in NoMa, is a mixed-income development and includes housing for residents earning less than 60 percent of the AMI, according to Washington.

2M Street units have been set aside for people who have been displaced from other housing in the area, Keesler said.

For example, the Temple Courts complex used to be located on North Capitol Street and K Street NW over ten years ago. It housed more than 200 low-income families and is now just an empty parking lot.

WIN is tackling the ongoing issue in the District by finding public land that can be used for affordable housing and petitioning the city to do so.

“We would meet with them and talk with them about pushing to rebuild Temple Courts site, then we started setting up a meeting with the city.”

WIN started this project three years ago, and now the developer has finally been chosen. The next step is for the development to get approval from the city council to build on the land, Keesler said.

One of the Temple Court’s former residents had to move at least three times in the past 10 years. Keesler was pushed out of two units, and she just moved out of one two months ago due to terrible living conditions.

“Those are typical experiences I think for people who are in search of affordable housing in the District,” said Keesler.

Gunter Precystawik works at Union Market and has grown up in NoMa. He said the neighborhood has changed a lot since he was younger and playing winter sports at Gallaudet University.

“Pushing people out of their homes, raising prices, making it harder for people who live here and have been living here for many generations,” Precystawik said. “At the same time, they’re bringing new business into the area.” 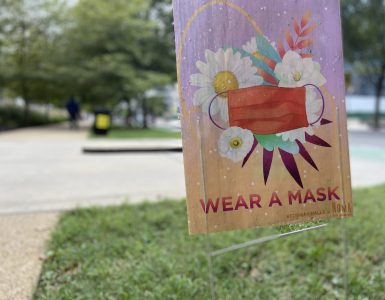 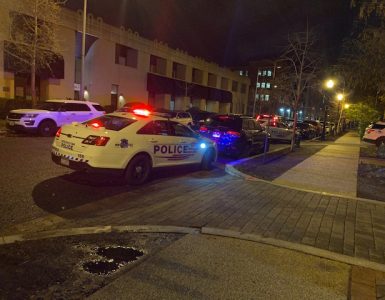 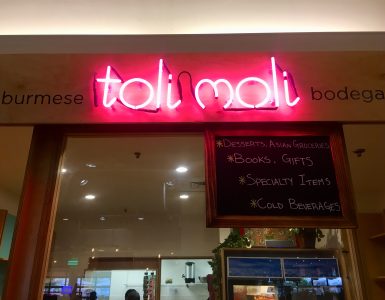