Adams Morgan activists and businesses are tackling their rat problem head on.

“I was walking home one day, and I saw two rats facing a dilemma,” said Wilson Reynolds, an Adams Morgan resident and Advisory Neighborhood Commissioner.

It was a Saturday night, and party goers were pouring out of bars and running to the closest pizza joints in search of $5 jumbo slices.

Reynolds watched as people gobbled their food, small pieces of pepperoni and cheese tumbling to the ground. He couldn’t help but notice two rats scurrying to the scene from what residents refer to as “Grease Alley.”

The rats seemed to hesitate as they were trying to decide whether they wanted to drag the cheese or pepperoni pizza back to their nests.

“That’s when I knew Adams Morgan really had an issue,” Reynolds said.

For Reynolds, the solution to the neighborhood’s rat problem is a simple fix: trash compactors. Compacting and compressing leftover food creates denser, smaller-shaped waste that is harder for rats to chew through and carry back to their nests.

Reynolds said if trash compactors are installed, restaurants and bars can leave their waste outside without worrying about attracting rats to the neighborhood’s alleyways. He said that managing waste size would reduce rats’ food source.

“Trash compactors are efficient, and they work,” Reynolds said. When restaurant owners and businesses in the area learn how to manage their waste, rats in the area would no longer be a problem, he added.

David Perruzza, owner of the recently-opened bar Pitchers DC, acknowledged the area’s rat problem and said the bar takes extra steps to reduce the rodent population. He said his bar seals every trash container outside and keeps the bar’s door closed at all times to prevent any rats from sneaking in.

“We have every hole in the place sealed,” he said.

According to the Indiana State Department of Health, female rats begin breeding after roughly 40 days of life and often mate again within 18 hours of giving birth, starting the cycle once more. Under ideal conditions, a pair of rats could produce 15,000 offspring in a year.

“We can try to kill as many as them, but they populate like crazy,” Reynolds said. “The numbers are staggering.”

The alleys of Adams Morgan provide rats with easy access to water, shelter and food that has led to a dramatic population growth of rats.

Though the city has strict sanitation laws and requires regular inspections, residents say they don’t see any follow-through.

“Residents say they don’t see the dumpsters getting cleaned and treated with bleach,” Reynolds said. “They don’t see the day-to-day attention to the solid waste.” That lack of service and upkeep further adds to an abundance of food and water available to rats in the neighborhood.

Reynolds emphasized the need to attack the problem directly, with better sanitation practices from trash collectors and careful waste management from businesses to decrease the neighborhood’s high rat numbers.

“There’s not one specific thing that we could do that will impact the amount of rats in large numbers, but it’s about the small things that lead to long-term change,” Reynolds said.

Joan Muwahed is studying broadcast journalism at American University. She previously interned for CNN Abu Dhabi and is interested in creating videos and reporting for the digital world. 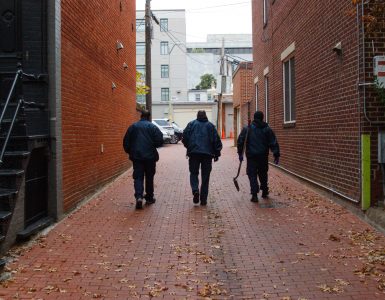 Recent years have brought a surge in rat complaints throughout the District, and city officials are responding with a myriad tactics ranging from chemical sterilization to new grants for trash compactors.

Photo by: Edal Anton Lefterov Source: Wikipedia Commons A New York City woman died from a rare disease last year that is typically spread through contact with rat urine. Rats are often perceived to be dirty, but how... 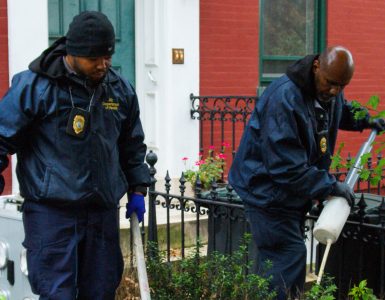