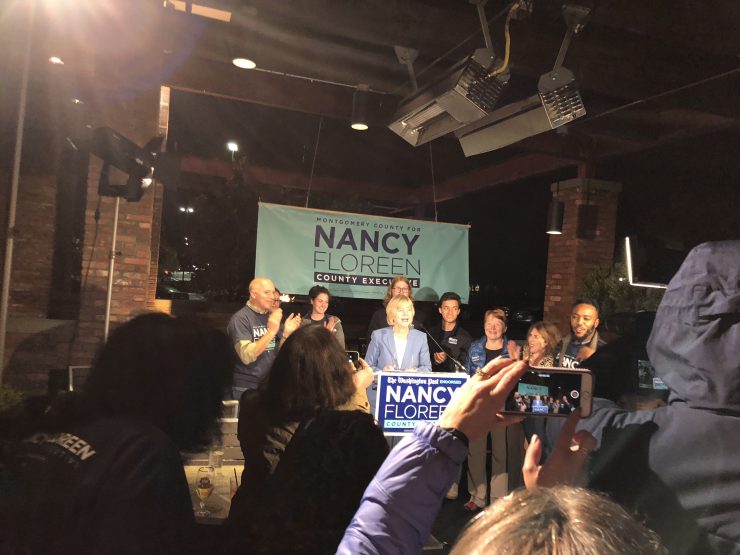 Montgomery County Democrat Marc Elrich cruised to victory Tuesday night in the race for county executive, defeating Independent Nancy Floreen, who was endorsed by The Washington Post Editorial Board. Floreen temporarily dropped her Democratic credentials to run against Elrich.

Elrich prevailed with 64 percent of the vote, and Floreen garnered 19 percent, in unofficial results. As Maryland’s most populous county, Montgomery is overwhelmingly blue. Republican Robin Ficker, who has run for public office and lost every time since 1978, captured 16 percent of the vote.

Floreen and her supporters gathered in the Matchbox restaurant in Rockville to await results, and by 9 p.m. the dining room and terrace were packed tightly. Supporters shared their opinions on Floreen’s merit. “She’s a consensus builder,” said Steve Simon, a public relations consultant and Floreen campaign volunteer. “People work well with her.”

Although Simon is a registered Democrat, he said he felt strongly that Floreen was the right choice for county executive.

“This is the first Democrat I’ve ever campaigned for,” Goewy said, “She seems to be a very practical, moderate person.”

Floreen said she felt “terrific” going into the night.

“I have had the time of my life. The best opportunity I’ve ever had to speak the truth, to do the right thing,” she said, nodding to her support staff. “I feel that we in this county are blessed by having such great people,”

Floreen broke away from the Democratic Party in July.

“I wish I hadn’t had to do it,” Floreen said on her decision to run as an Independent.

“You know, for me it wasn’t that hard. My community has always come first. It’s not that I’m not basically a Democrat at heart, or that I’ve abandoned any Democratic values…”

Simon admitted the campaign faced occasional backlash for the move.

For many people in the county, he said, participating in the Democratic “blue wave” is a must, regardless of the office.

Simon wasn’t worried that Floreen’s change of party would split the vote and tip the odds in Ficker’s favor. The Independents and Republicans put together don’t equal the number of Democrats in the county, he said.

“We look at it mathematically and we don’t think it’s possible,” he said. “…Actually, I think it’s been a great election. The county’s never been able to give all voters a really good choice.”

Simon said he wished more people would pay attention to local races. They get caught up in the national races and don’t do their research on county candidates.

“I think if you look at your county and state issues, you realize that most of your life is more impacted at what happens at these levels,” Simon said.

Floreen ended the night with her team by her side, wishing opponent Marc Elrich the best.

“I want to thank again all of you who contributed to making this a great experience for so many residents to engage and make our community better,” Floreen said. 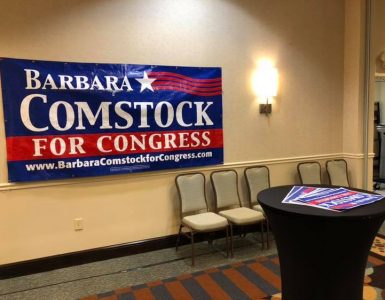